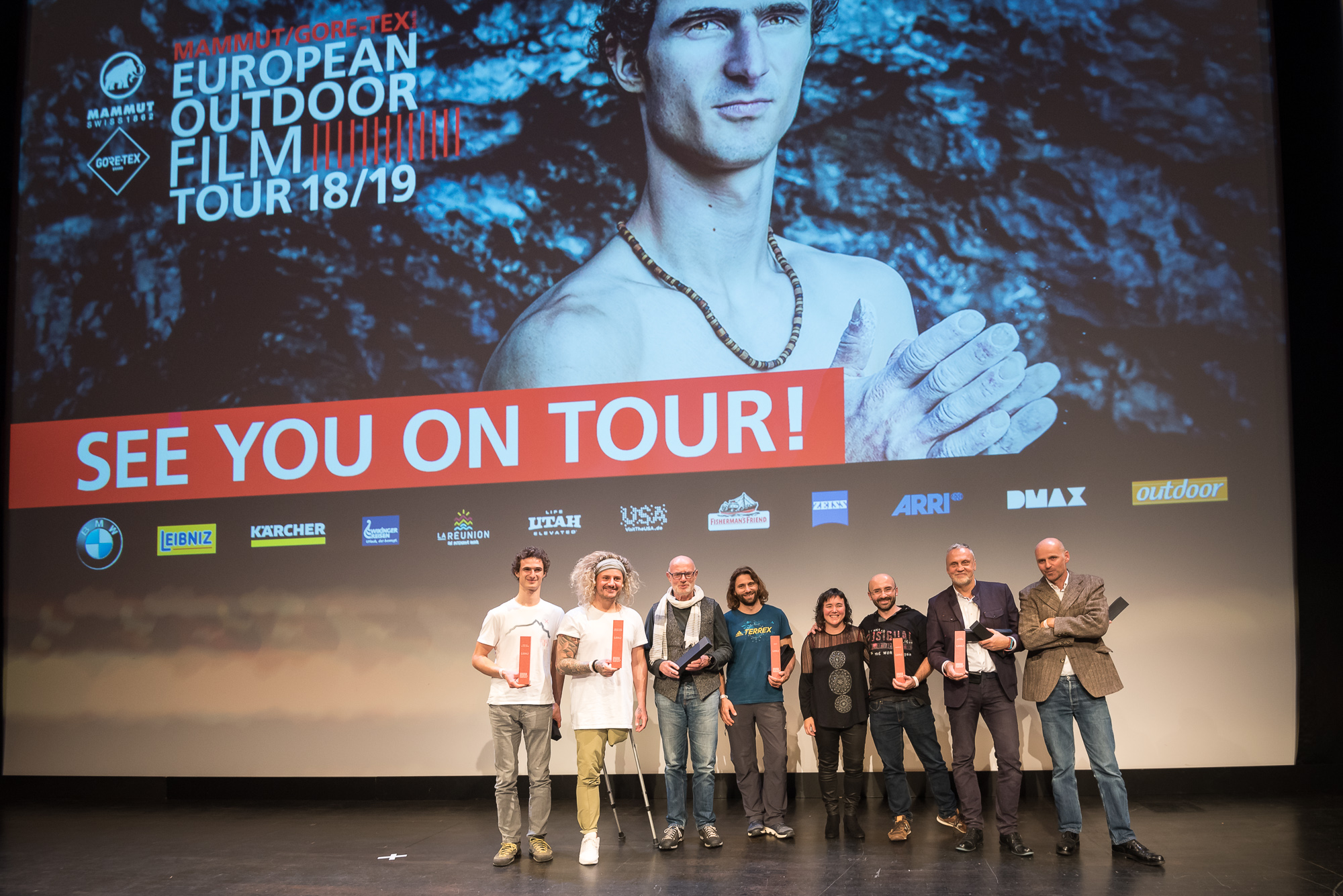 The European Outdoor Film Tour - E.O.F.T. 18/19 officially kicked off at Munich's BMW Welt on October 9, 2018. Participants walked past high-tech SUVs, stylish boxer mopeds and Rolls Royce limousines as they made their way towards the red flags on either side of the entrance to the premiere of the E.O.F.T. 18/19. Here they left the world of cars and entered the world of outdoor sports.

As the E.O.F.T. 18/19 goes into its eighth consecutive year, the juggling act the tour organisers have to perform when they plan their programme continues to present a challenge. It is never easy to strike the right balance between presenting high quality outdoor films, demonstrating an awareness of the wants of athletes and their sports as well as the needs of nature, showing a wide range of disciplines and presenting different perspectives and approaches. They have done a great job, selecting films that were real highlights, with only the odd disappointment. 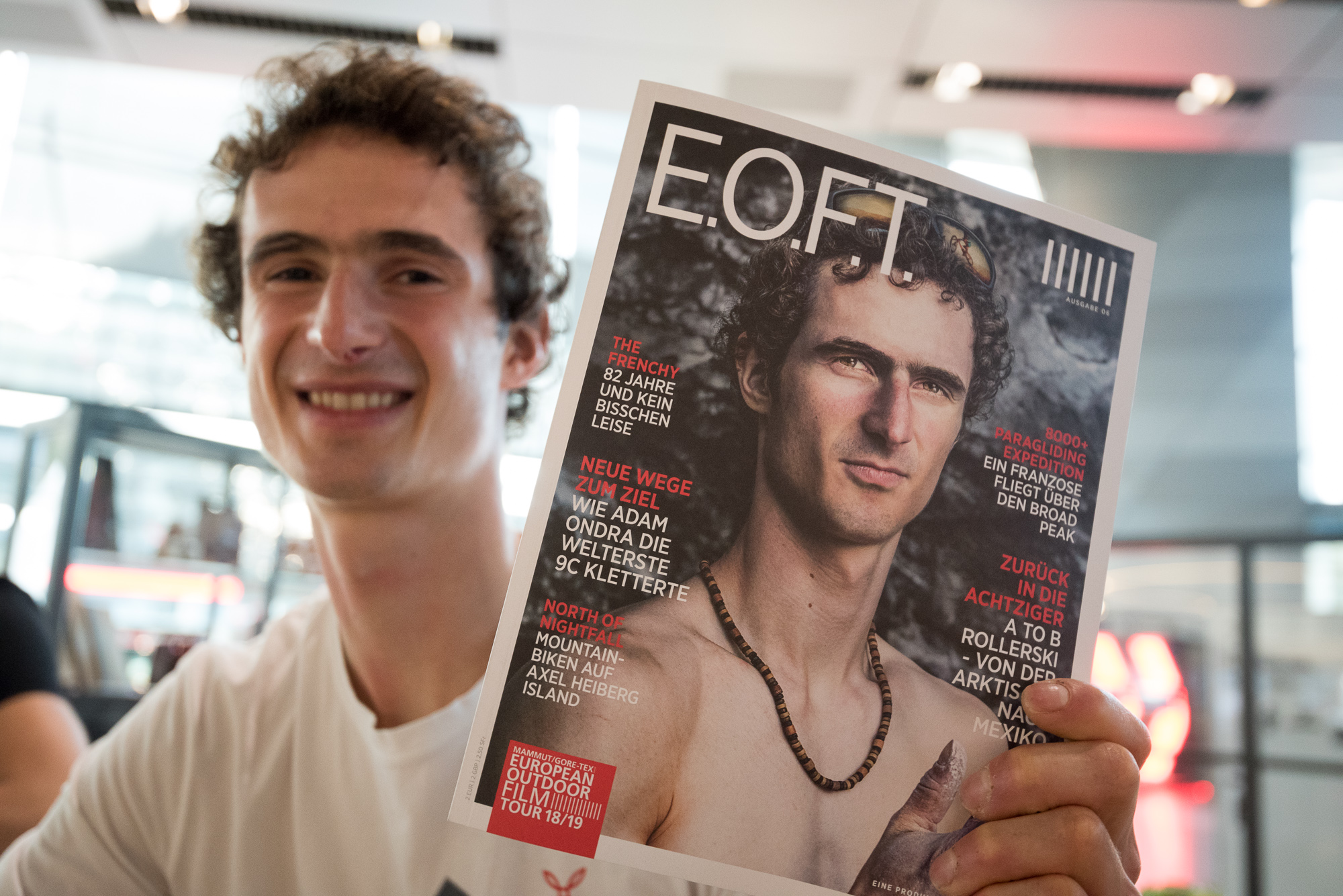 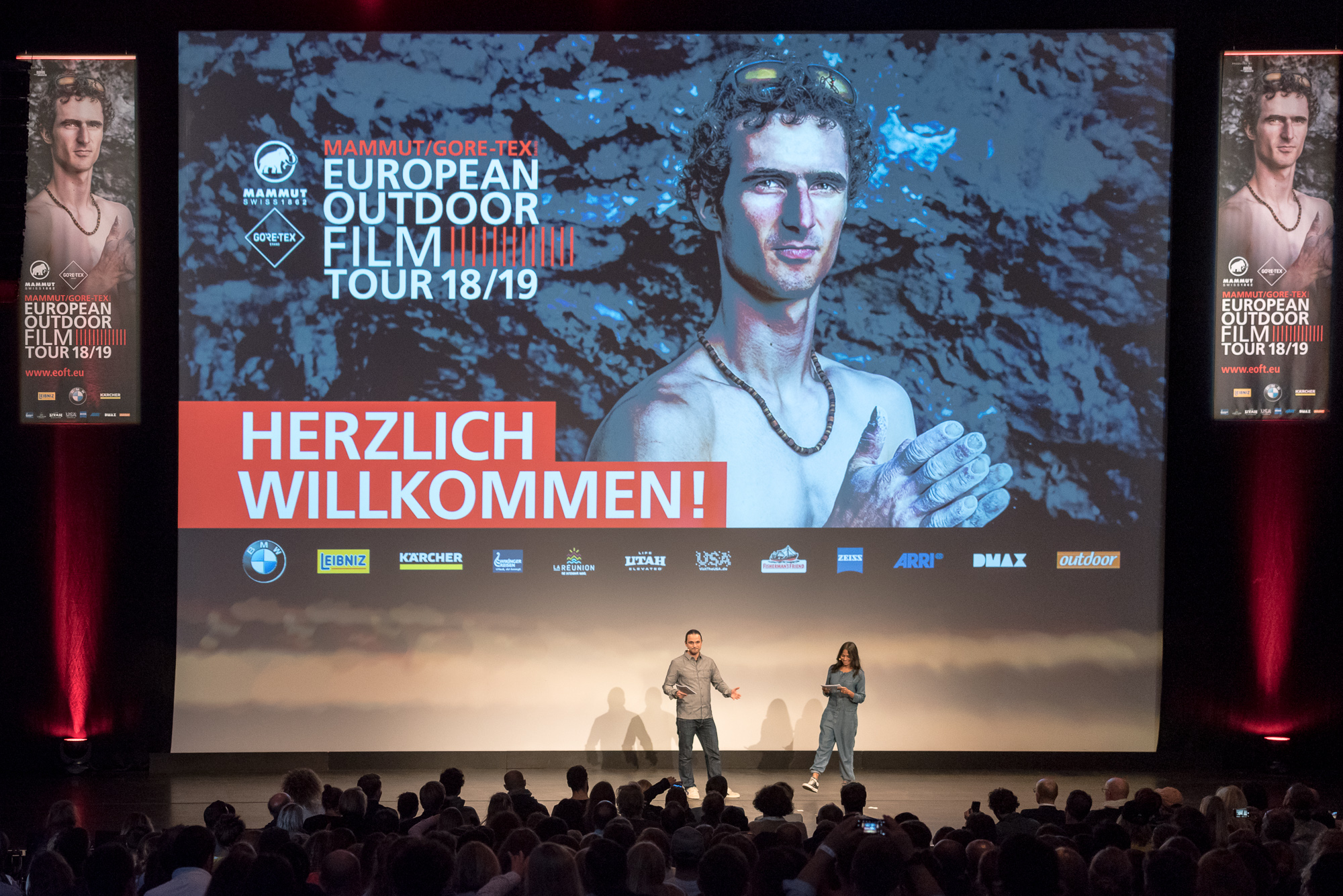 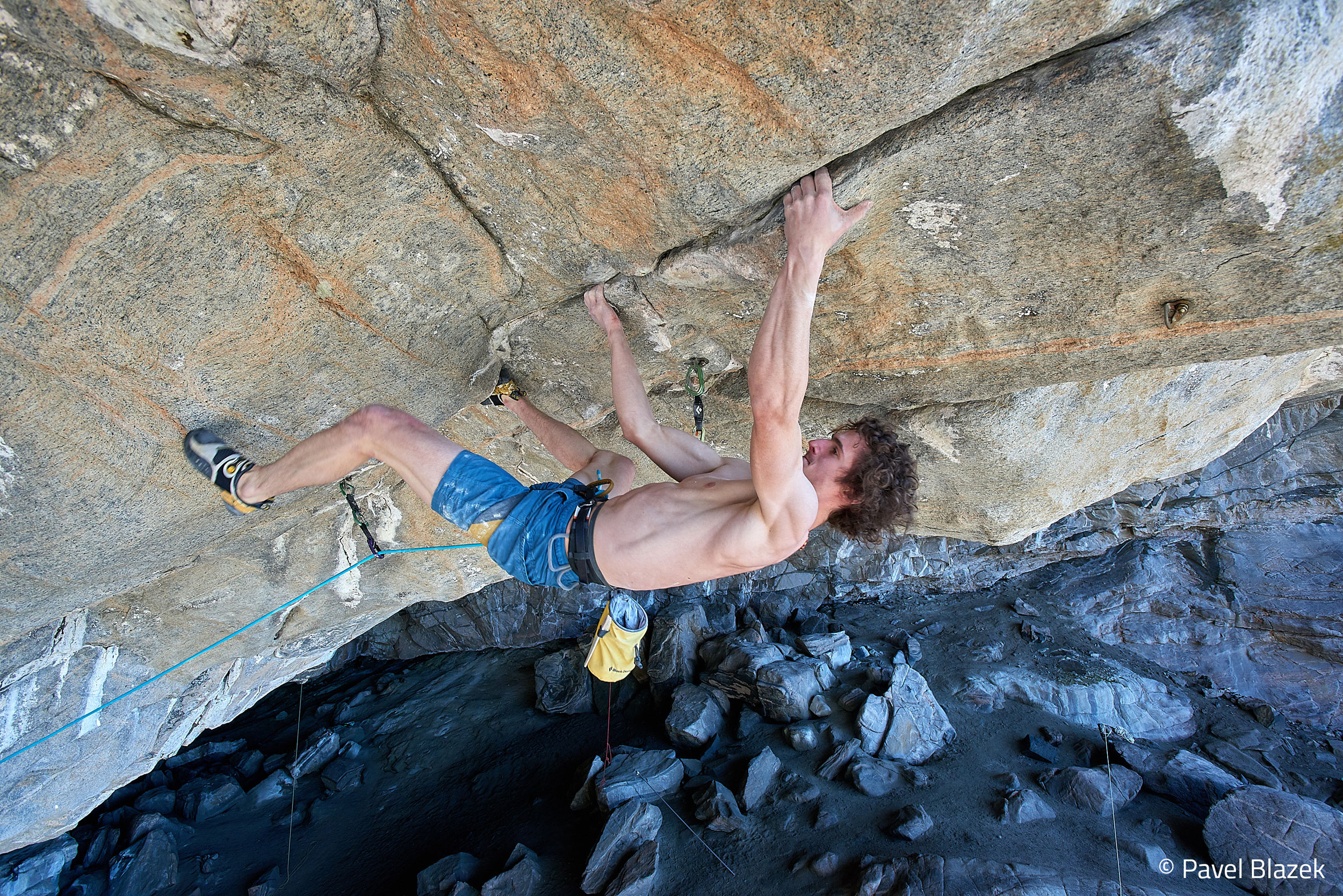 The face of the E.O.F.T. 2018/19 is Adam Ondra, climbing's current superstar. The Czech climber also put in an appearance at the premiere, impressing everyone with his charm and strong focus on (HIS) climbing. Ondra's film is called "The A.O." (directed by Jochen Schmoll) and offers an insight into the psyche of a climber. Sorry: into the psyche of THE climber. After all, what Ondra pulls off, pushes back boundaries and stretches the imagination of any "normal" vertical athlete. He completes a grade 10 route with his eyes bound, uses visualisation techniques and works with physiotherapists and former ballet dancers to train his body to stick to movement patterns and help him conquer routes that he has been unable to climb in the past. It's that sort of thing that distinguishes him as a visionary. Not only does he push back the boundaries of what is possible when it comes to his sport, conquering the hardest route in the world that received a new grade of 9c, he also changes the way people think about how such developments can be achieved. 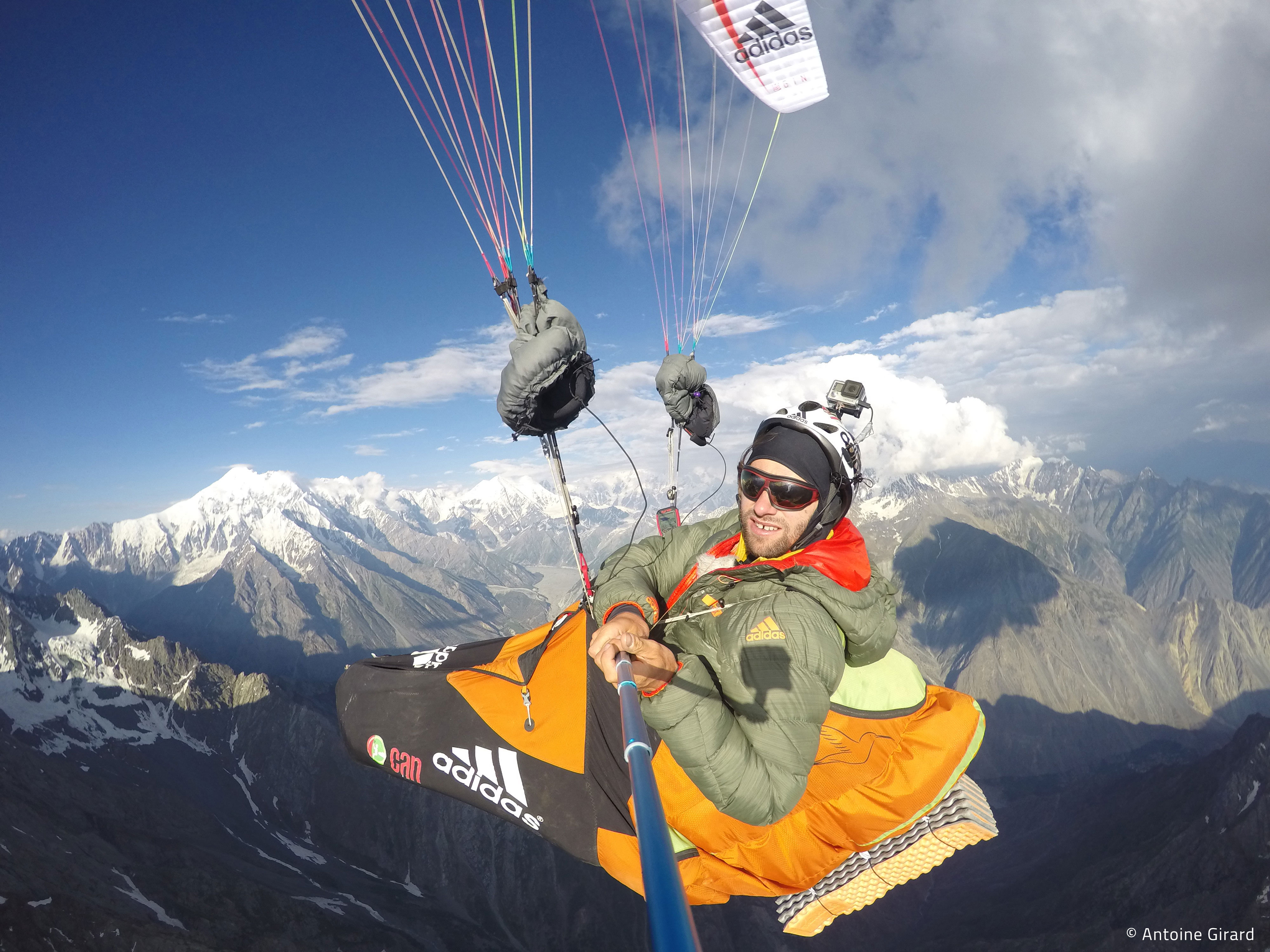 However, before the audience got to see Ondra, they were shown a film called "8000". Sounded like we'd again be watching climbers puff and pant, suffer and freeze, possibly even to death, in their (sometimes failed) attempts to reach the summit of one of those 8,000 metre peaks. Haven't we seen enough of all that? BUT: it isn't what you'd expect. The film features a Frenchman, who normally earns his living as an IT specialist at Grenoble University, paragliding over the Karakoram - alone, without any backup, without any help. He's gone for weeks, on a kind of solo trekking tour up in the air. He does all the filming himself, landing in remote, at times dangerous places, to take off again the next morning (when he doesn't get snowed in for days at a time) and gradually make his way up and over Broad Peak, a formidable 8,051 m high mountain. Antoine Girard's two attempts to climb to the summit of this mountain had both failed. That's what gave him the idea: I'll just have to fly over it! All I'm going to say is that he managed it, and it's wonderful to see the immense satisfaction and joy that he got from this incredible achievement. Girard flew 100 m above the summit, setting a new paragliding altitude record. 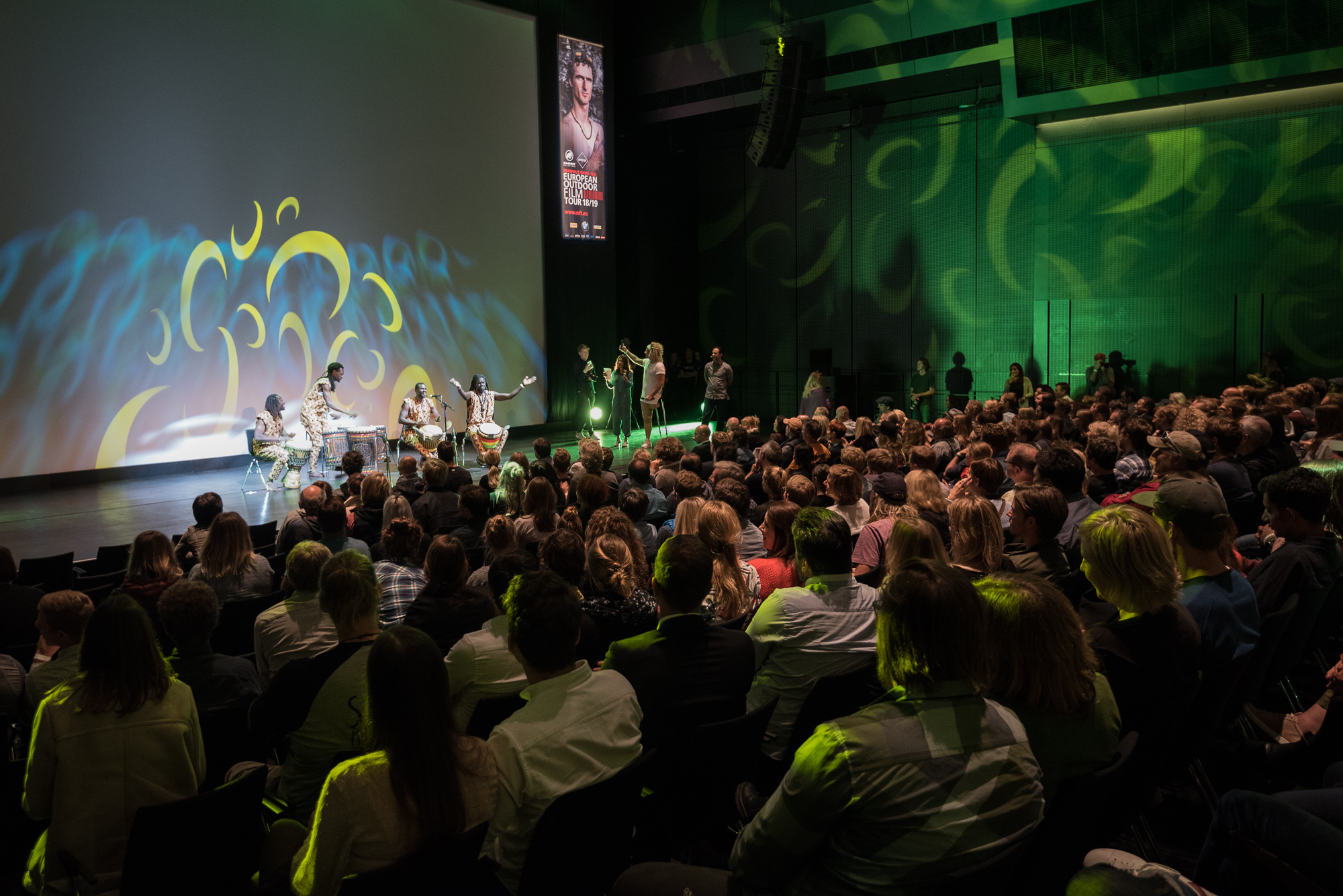 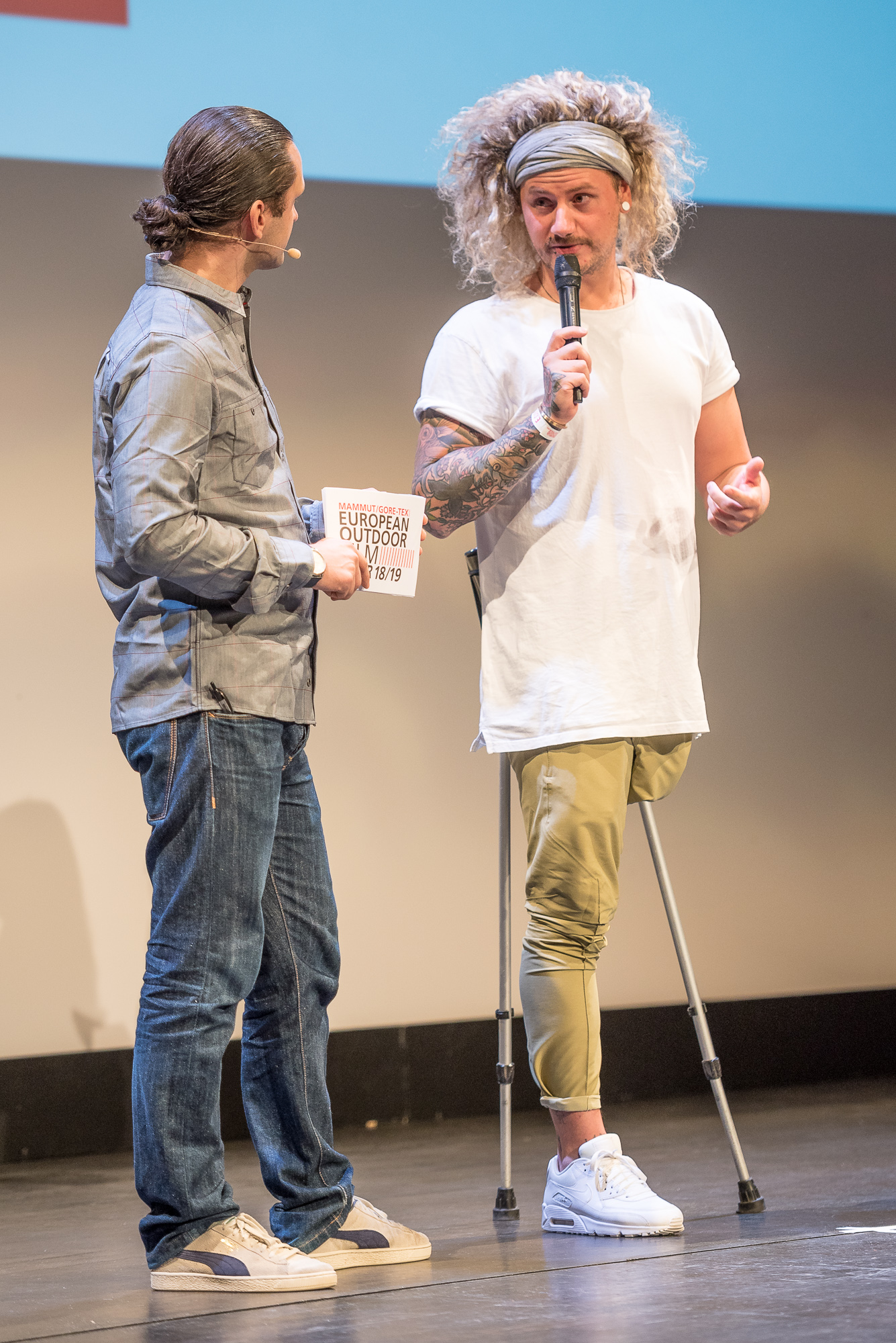 By contrast, Tom Belz is somewhat more "down to earth". Having lost a leg to cancer as a child, years later he took it into his head to climb Kilimanjaro. Although he's not even a keen climber. But that didn't stop him wanting to climb Kilimanjaro. Why? For no apparent reason. It's difficult to pinpoint exactly what he aimed to achieve and what spurred him on. Nevertheless, "Mbuzi Dume" is a moving story, especially since the surgeon who amputated Belz' leg in order to save his life was also a member of the team. The film isn't so much about the mountain, the performance as such, or the incredible photography, as about willpower, support, belief and hope. Belz managed to reach the summit thanks to the help of the Kilimanjaro porters. They called him Mbuzi Dume – or Strong Goat. As is so often the case in Africa, there's lots of singing and dancing on the way up Kilimanjaro. Like many of the athletes featured in the films, Belz was also in Munich for the premiere. No sooner was the film over, than a live band was infusing the EOFT audience with that hakuna matata feeling [for a bit of inspiration].

"Viacruxis", an animated cartoon, drew quite a few laughs from the audience. Creator Ignasi López put an incredible amount of work into this most entertaining stop motion film. It takes both a serious and a humorous look at modern mountaineering, at the passion, the heroism and the sport's superstars. It was definitely a labour of love. He uses nearly all the usual clichés and I'm sure that many of the alpine enthusiasts present at the premiere will have recognised some of their own traits in the characters of Andreiz Kozajkowski and Marcel Lechèvre. 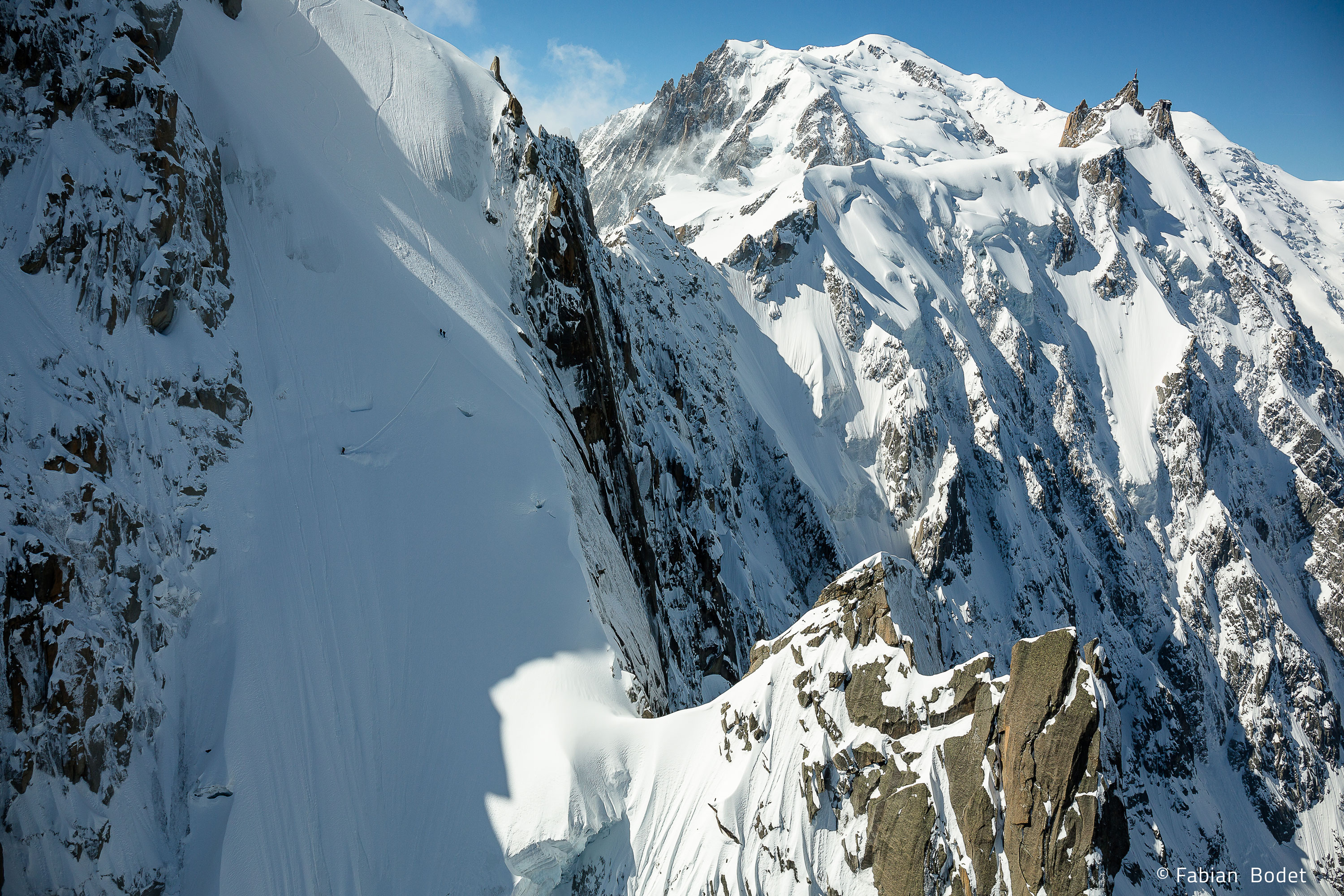 The final film of the evening, "North of Nightfall " was of a slightly different calibre. For those who like downhill biking action: the images are great. But we've seen it all (too) often. Axel Heiberg Island is an uninhabited island north of the Arctic Circle. This is where we get to see a couple of biking heroes hurtling down incredible trails. Needless to say, they are the most awesome and buzz-inducing trails ever. Our bikers perform backflips, one of them falls, and because this scene is so utterly amazing, we get to see it all over again! So that their ego trip doesn't come across as being too hedonistic, the athletes visit a research station in the film's attempt to include an environmental message and emphasise the importance of climate change mitigation - which all rings rather hallow. 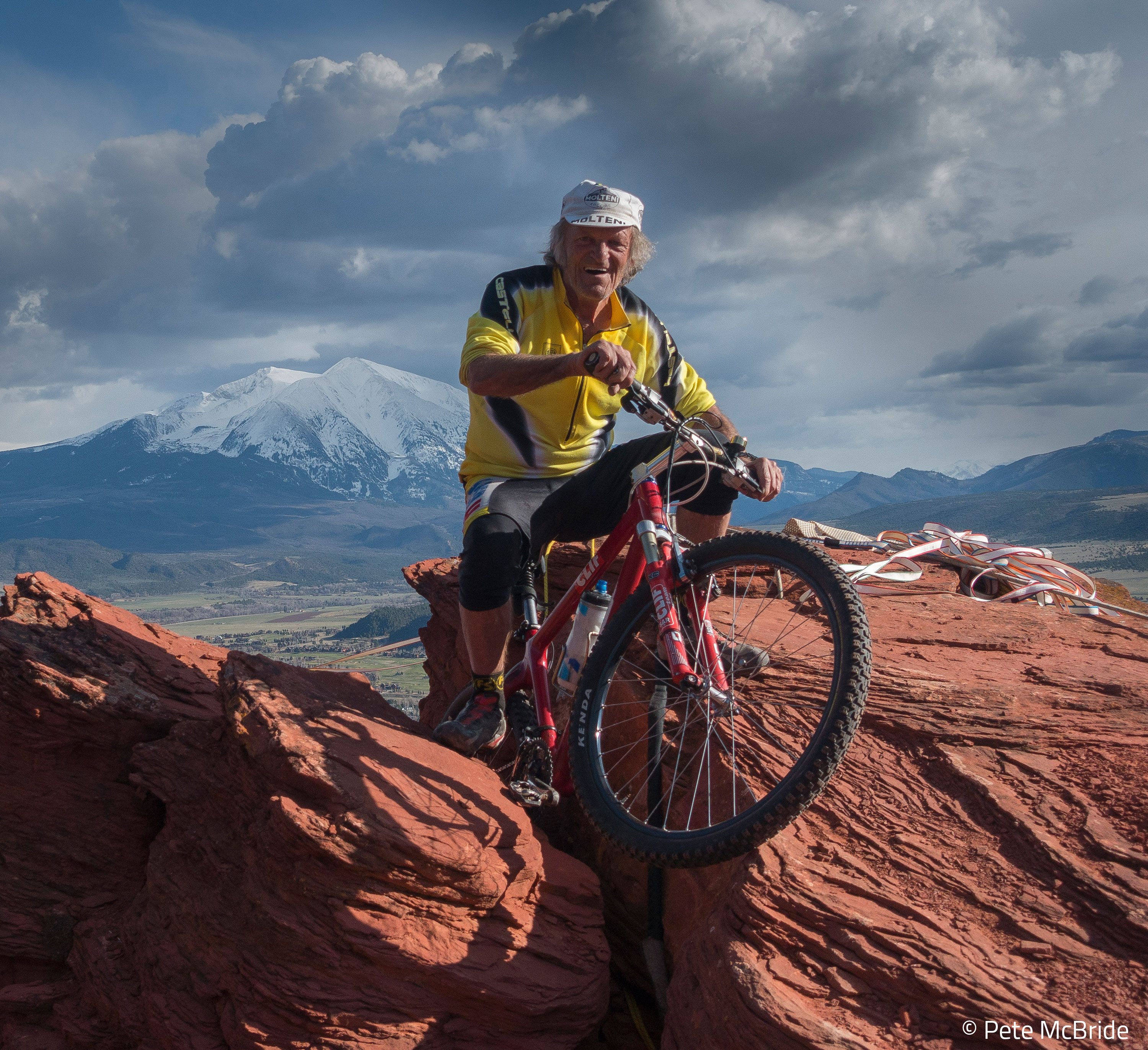 The photography is stunning, but unfortunately the poor content conceptualisation of this film meant that the premiere of the E.O.F.T. 18/19 ended on a low. However, at the premiere there wasn't time for two of the eight films in the programme. EOFT audiences can look forward to seeing "The Frenchy", a film about a mountain biker who probably has very little in common with the Arctic downhill daredevils we saw at the premiere. And finally, what would the E.O.F.T. 18/19 be without a skiing or snowboarding film? "Frozen Mind" takes only 6 minutes to give us a taste of what Victor de le Rue and Pierre Hourticq get up to in and around Chamonix.

All in all, it can be said that the E.O.F.T.'s annual juggling act has been very successful. The eight films present a remarkable kaleidoscope of action, issues and feelings, providing inspiration for outdoor adventures and entertainment of the highest level. Audiences will go away feeling happy and satisfied – even if there might be one or two things they don't like so much. Up until February 7, 2019 the Film Tour will be making a guest appearance in a different town nearly every day.

So there's a good chance you'll find a time and place that suits you.