It started as an informal program by the Forest Service. Today Leave No Trace has more than 25,000 members, volunteers, and educators who are spreading the word about responsibly enjoying the outdoors to preserve nature for all of us and for future generations.

"You drank the Kool-Aid, didn't you?" My friend asked me this with an almost disdainful look on his face. We were camping in the foothills of Boulder, Colorado, and I'd made a not-so-joking offhand remark about leaving no trace with our fire ring. I'd also been spewing off the Four D's of collecting firewood (dead, down, distant, and dinky) just a few minutes before, as it had been ingrained into my mind the past week. It had become quite clear that after volunteering at the Leave No Trace Center for Outdoor Ethics for the summer, I had indeed mixed, poured, and guzzled the Kool-Aid — which isn't a bad thing. The overall message of Leave No Trace is one that most outdoor enthusiasts can get behind — to teach and educate people of all ages how to responsibly enjoy the outdoors and support a mission to sustain the lands we all enjoy for ourselves and future generations. 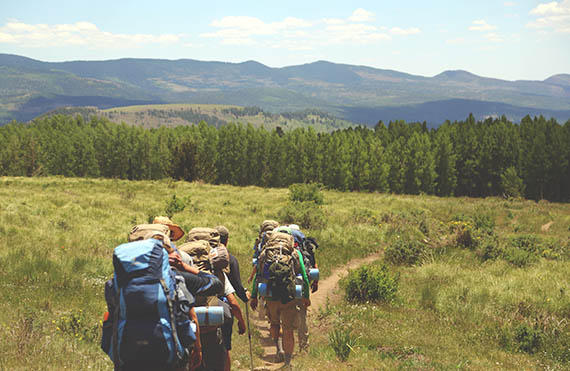 The concept began in the '60s, and the Forest Service started an informal Leave No Trace program in the '80s to limit the noticeable recreational impacts on the lands. As years went by, organizations in the outdoor industry felt the need to turn the informal program into something concrete with training and education. In 1994, the Leave No Trace Center for Outdoor Ethics was born and has grown to be the most widely accepted outdoor ethics program on public lands. In 2000, it was adopted by the United States Department of Agriculture. The Forest Service, the National Parks, the Fish and Wildlife Service, and the Bureau of Land Management all use and follow the Leave No Trace seven principles. “It's about how we can help people understand why Leave No Trace is important and how to put it into action," says Ben Lawhon, education director at Leave No Trace. Lawhon has been with the organization for 15 years, but his knowledge started much earlier — as a Boy Scout, as an undergrad studying natural resource management, and while working for the Appalachian Trail Conservancy. As the education director, Lawhon has the big job of managing all nationwide education and research efforts. This includes teaching (for children, teens, and adults), outreach, and training (such as the 1-day workshop, 2-day trainer course, or 5-day master course). 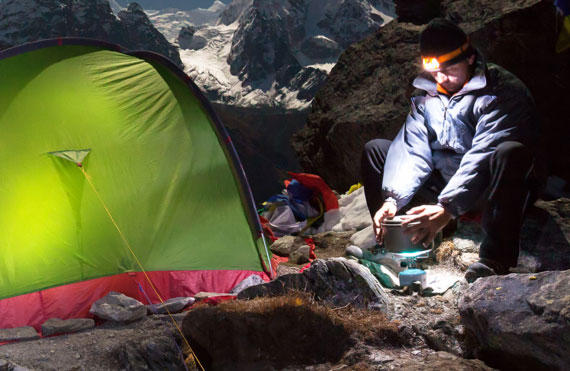 Overall, there are more than 25,000 members, volunteers, and educators around the country who spend their time spreading the word and practice of Leave No Trace. Along with the training courses and youth programs, the organization has a new campaign — Leave No Trace in Every Park — which aligns with the 100th anniversary of the National Park Service. “We are always making more people, but we aren't always making more parks," Lawhon says. “Recreational impacts are individual but are cumulative over time. Our goal is to reduce those impacts and keep these parks in as good of a condition as we can now and into the future." It's a big goal for Leave No Trace, to have a presence in all parks—national, state, the local one across the street — but the staff lives and breathes it, which I can attest to after my summer of volunteering. These people don't dread coming into the office — they look forward to spreading the message, educating, and getting outdoors more often themselves. “At the end of the day, we all love the outdoors," Lawhon says of the Leave No Trace headquarters, staff, and founders. “Some of us are trail runners, river runners, climbers, whatever. We all value and view the outdoors as an integral part of our lives. It's way more than just a job or a paycheck. It's a real commitment to the outdoors from all of us."

Whether it's packing out what you packed in, keeping a safe distance from wildlife, or simply not littering while outdoors, the principles behind Leave No Trace are easy to adopt. So drink the Kool-Aid, get your friends on board, and protect your parks. To learn more about Leave No Trace and how to volunteer in your area, visit lnt.org.