For over 100 years, the U.S. Forest Service has been positioning men and women in remote places above treeline to watch for the first smolders and creeping flames that indicate a forest fire.

Several devastating fires in the early 1900s prompted the construction of a vast network of fire lookouts across the country. At its peak, the system consisted of over 9,000 lookouts nationwide, including 700 in the state of Washington. The lookouts were used to detect and report fires quickly so that they could be contained as soon as possible. In the mid-1970s, most fire-detection began to rely on new technology like 360-degree cameras, infrared images, and aerial reconnaissance. Increasingly, more and more fire lookouts are being abandoned. The Forest Fire Lookout Association reports that of the 9,000 towers that once stood, fewer than 3,000 are still standing and only around 1,000 are still manned. 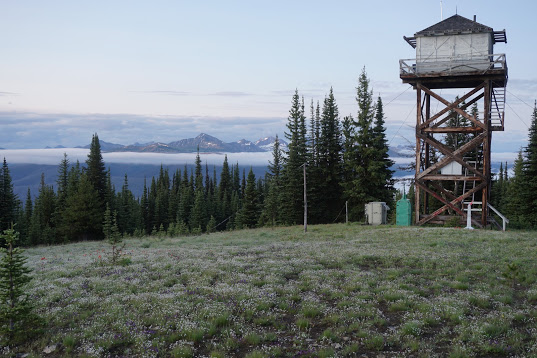 When I moved to Seattle from Texas in 2000, I started hiking to explore my new surroundings. I joined a group called the Mountaineers, a community of outdoor enthusiasts that get people outside recreating in a safe and responsible way. As I became more comfortable with the area, I began setting hiking goals.

I like to set goals because they help me focus on an attainable achievement. When I first started hiking, I set a goal to reach 100,000 vertical feet in a year.  I’ve reached that goal every year since 2013. At first, I found myself staying close to home to minimize the drive and to maximize my time on foot. I had a fairly fixed set of trails that became my routine and decided I wanted to explore more. I added another element to my goal of vertical feet: to do it without duplicating the same trails.

Around this time, I began researching fire lookouts after reading an article about how many there are in Washington State. The lookouts are often located on rugged summits overlooking the epic forests and mountain ranges of Washington.

Hiking the fire lookouts is like a walk back to another time. I’m not a real history buff, but this goal has inspired me to look into history more than I would otherwise.

In 2015, Peak Bagger showed only two people that have hiked all remaining 93 lookouts in the state. I decided this would be a great place to start my goal of fresh trails to cover, and I have since hiked to 86 of the lookouts. 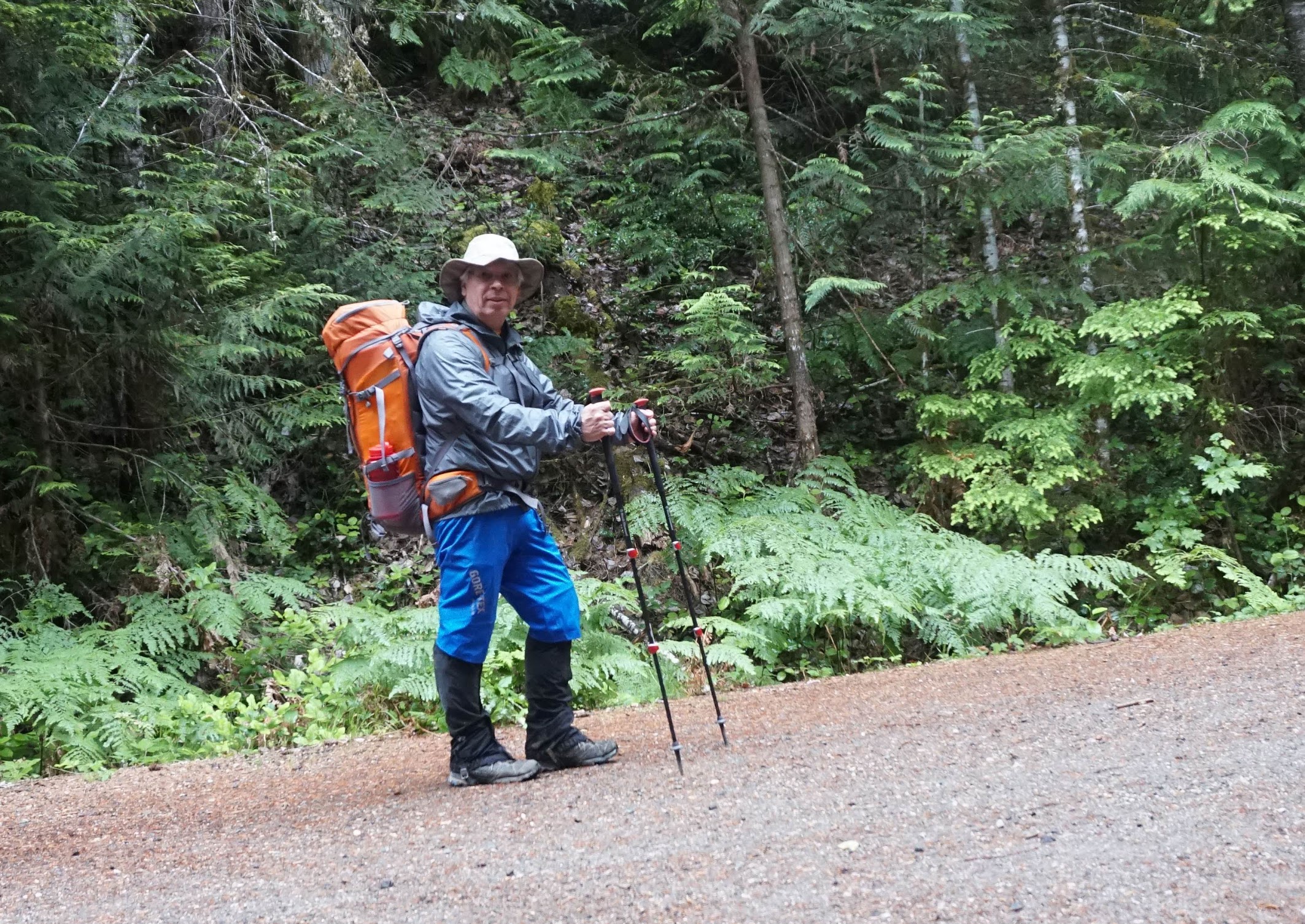 GEAR FOR THE PNW

The PNW is known for its cloudy, rainy weather. Summer conditions usually do not begin until after July 4th, and snow remains at high elevations long after that. Some trails are not open for hiking until early September. Sometimes, it will rain lightly for weeks on end. Throughout this process, I have learned that proper planning and gear is essential. Because of these unpredictable and often wet conditions, having dependable gear is invaluable for completing big goals.

Gore-Tex is my gear of choice, not just for the rain, but for all the wet and misty conditions the PNW is known for. I always carry my lightweight GORE-TEX SHAKEDRY™ jacket and my Outdoor Research Seattle Sombrero wide brim GORE-TEX hat. My Outdoor Research Crocodile Gaiters are great for snowy conditions and for keeping water from running down my legs and into my boots. 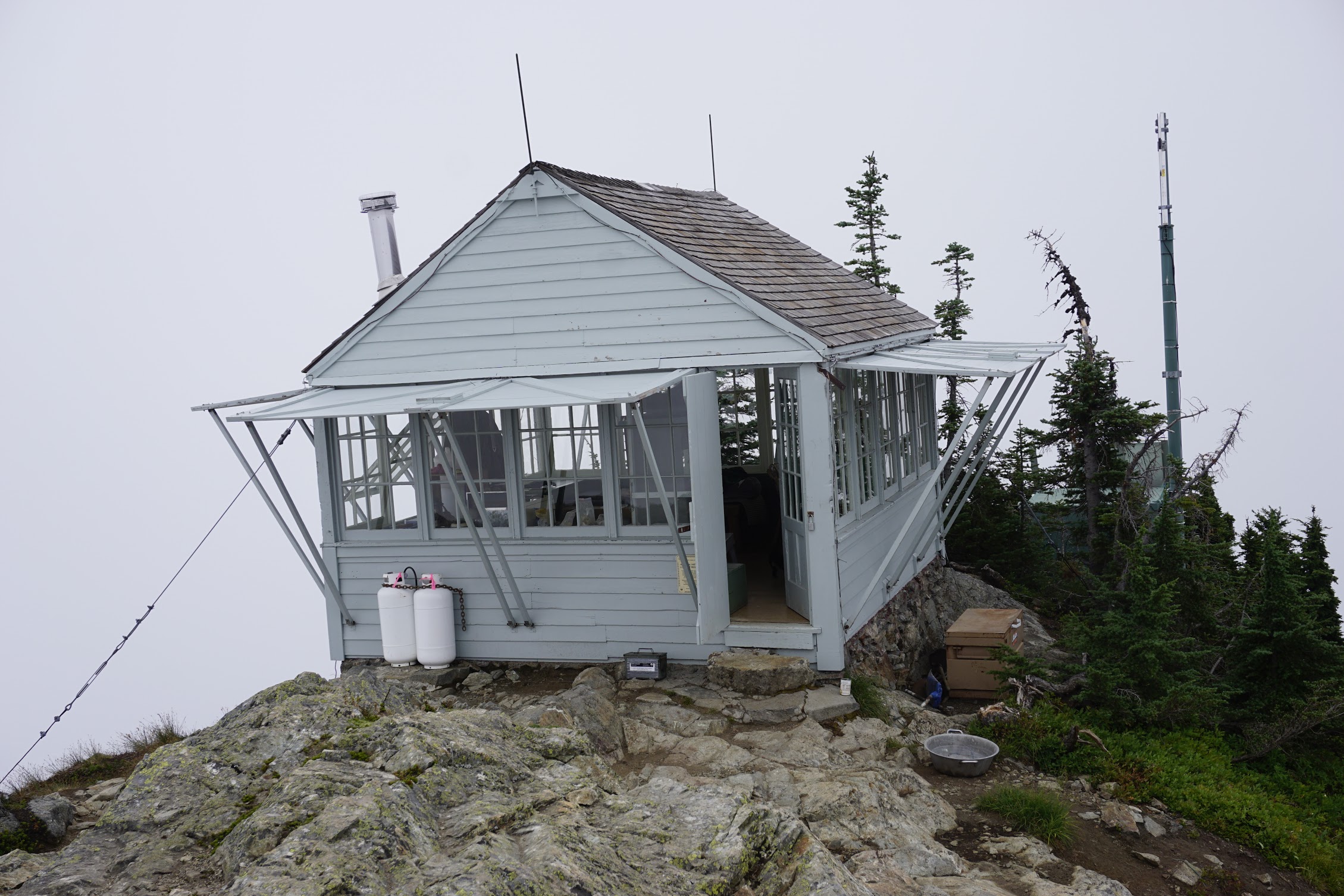 One of my most memorable hikes was a solo backpacking trip to Three Fingers Lookout, which is considered one of the more difficult approaches. Built in 1931, this lookout was abandoned in 1942. It was restored in the 1980s and is maintained by the Everett Mountaineers. In order to make room for the lookout, the top fifteen feet of the granite spire it sits on had to be blasted off. It is still impossible to walk all the way around the outside of the cabin. The east side of the peak drops straight down about 2400 feet.

The typical route requires an 8.5-mile hike/bike up a forest road to the trailhead, followed by a 15-mile round trip hike, and ending with the 8.5-mile bike ride back down the road. I researched an alternate route that took a scramble up a ridgeline. I ended up climbing 3500 feet in 1.5 miles on a semi-marked path—most of which was bushwacking without a trail. I made it to the fire lookout and was joined by three other hikers that arrived after I did. The next day, instead of retracing my steps back down the ridge, I took a different semi-established trail and was rewarded by 16oz of wild blueberries & huckleberries in my empty water bottle.

Every hike has been different. The approach to each lookout is a new challenge, every lookout structure is unique, and every view from the remote high-point is worth the effort. You never know what the weather will bring or who you will meet along the trail. I’ve met a handful of other people over the past few years who are working toward the same goal.

Hiking all 93 fire lookouts is a long-term goal of mine, and I am closing in on the finish line. I originally estimated it would take me six to seven years to complete it. The end of 2019 marks five years of working toward this goal, and I only have seven more hikes on the list. At times, this goal became an obsession, and I prioritized it above a lot of other things in my life. As I’ve worked through this goal, I’ve added a new goal to it: to enjoy and appreciate each experience instead of rushing to the finish. 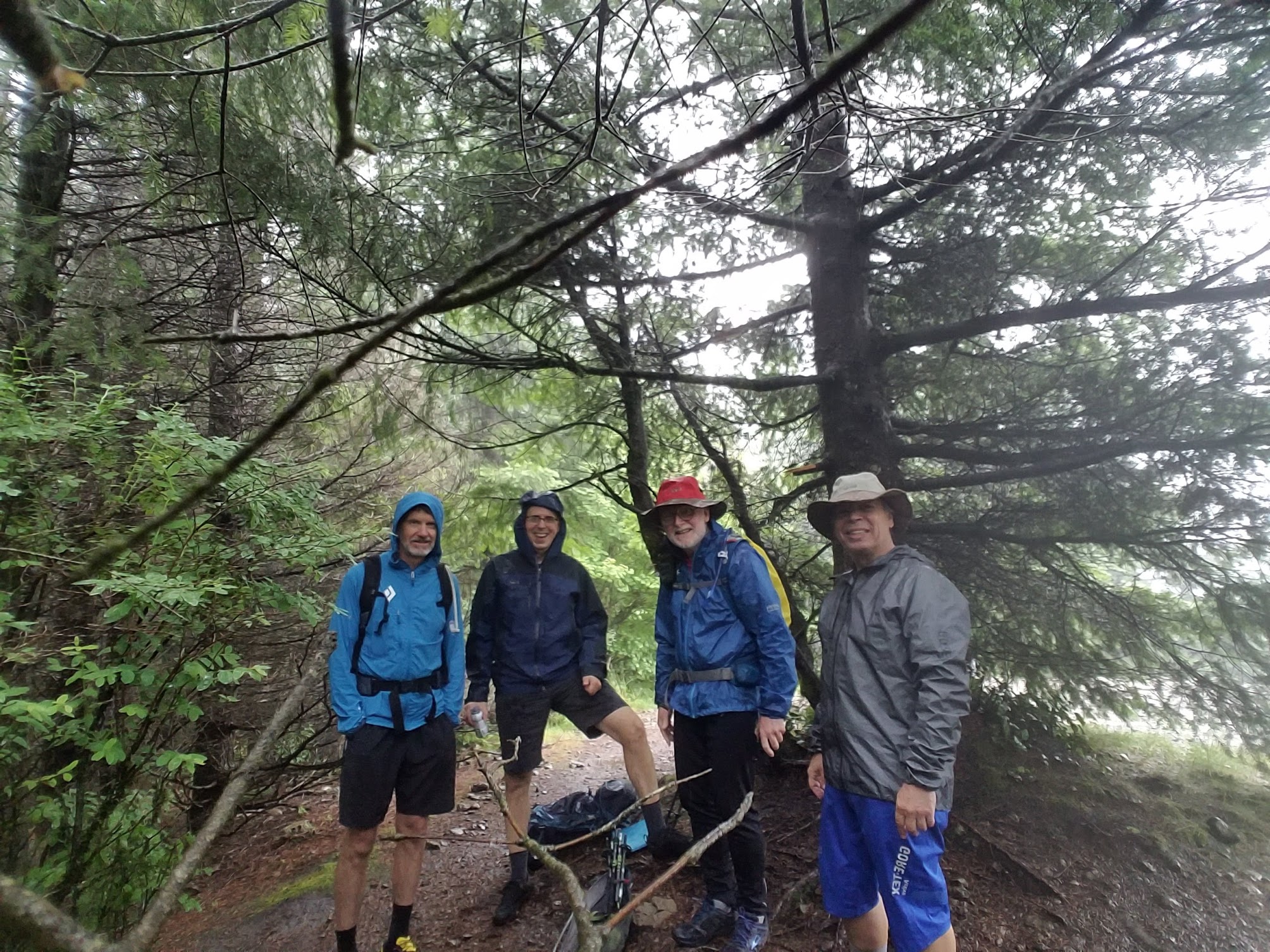 Lawrence moved to the PNW in 2000 working in the Telecom Industry and has always had a love for the outdoors. He joined the Seattle Mountaineers in 2011 taking navigation,  scrambling, wilderness first aid and backcountry skiing classes with them. In 2013 he joined a group that does Wednesday after-works hikes. Since joining this group he now typically hikes over 150,000 vertical feet and 400-500 miles per year. He also loves to ski and snowshoe in the winter. While doing this he helped raise two daughters and is happily married.