The Secret Life of Solo Trekkers

Although 1,000 feet isn't nearly as high as some of the world's largest mountains, trekking up Big Daddy is considered a feat nonetheless. Not everyone has the patience or agility to be on a natural StairMaster for hours over loose sand that sets you back at every step. In fact, it was a challenge questionable enough that no one I befriended during my Namibian travels wanted to join me. It was something I had to do on my own. Looking around from the summit with nothing below me but undulating, velvety red desert stretching to the horizon—a bird's eye view of the postcard images for which Namibia is famous—I had no regrets. Sometimes moments like these are meant to be relished in solitude. I cherish this memory—one of many adventures during my 16-month solo trip around the world from October 2003 to March 2005—not only because I'd trekked to that amazing view, but succeeded on my own, despite those who recommended I stay put in camp. I had been laid off from my job 10 months prior and, fortunately, had been saving money in anticipation of the pink slip that I suspected would come. The startup where I had worked for three years was failing. 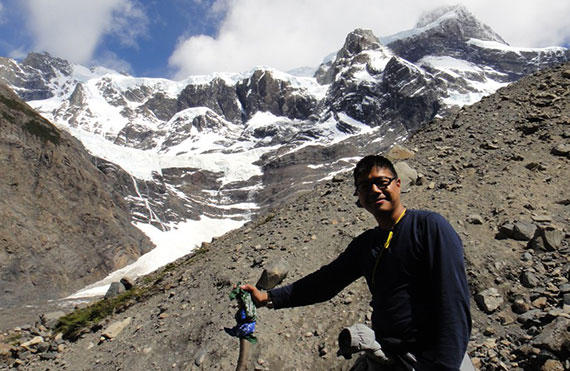 I was also saving because I had long toyed with the idea of traveling around the world long-term and experiencing the wonders I'd only read about or seen on television—a trip I knew I had to do on my own. None of my friends or family at the time was willing to sell their car, leave their apartment, or do whatever it took to build a financial nest egg to last a year or more. But more importantly, I wanted to travel alone to prove that I could, and to see how a solo trip of this nature would challenge and shape me and my ability to get through both good and bad situations without the comforts or hindrances I was leaving behind. The idea of traveling alone on such an extensive trip isn't so far-fetched. In my numerous solo treks before, during, and after my 16-month journey, I've met many unaccompanied travelers. They form a unique global community, often finding each other on the road, and are bonded by similar attitudes: the appreciation of the freedom to call the shots without compromise and the openness to be influenced by other cultures. “Traveling solo is the rawest, most unfiltered way to get to know yourself and to know the place you're visiting," says Anita Schillhorn van Veen, a New York-based marketer whose solo trips have taken her to India, Egypt, Europe, and southeast Asia. “It's harder to do when you're caught up with others who are familiar." “You are more in tune with what's going on around you," adds Samer Kawar, an obsessive solo traveler and a member of the Travelers' Century Club, for those who have been to a hundred countries or more. “You exude a subconscious 'aura' of approachability which almost always ensures you are never really alone. People are more apt to talk to you, both locals and travelers alike. And you are more available and willing to chat with others." 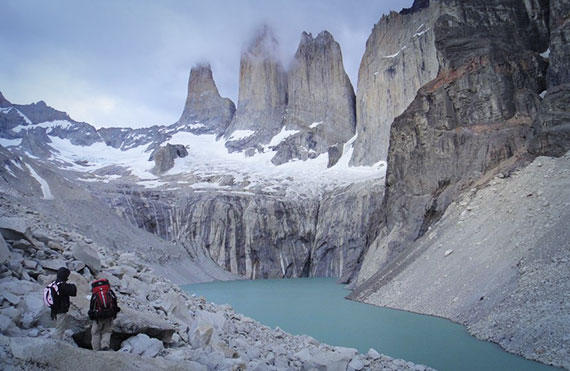 I've found this true in my own travels. In fact, Kawar and I are friends and in touch today after meeting 14 years ago when we decided to split a taxi to a dock in Ushuaia, Argentina. There we boarded an old Russian research-turned-touring vessel that brought us to the Antarctic peninsula. Back then, Antarctica may have been a hard sell to our friends, but it's not the only destination that takes some convincing to go to. “It's hard to get someone to go to Somalia with you," says Lee Abbamonte, a Wall Street veteran-turned-“professional traveler." Abbamonte is the youngest American to visit all 193 countries that are members of United Nations, according to the Most Traveled People club's "UN Hall of Fame." Before he made a career as a travel expert on numerous television networks, like The Travel Channel, he was on his own without a crew, and no one to hold him back. "I like to come to my own conclusions and also share my experiences with the world showing that governments and extremists are not the same as regular citizens who are more or less the same as you and me," he says. "Travel shows you the good, bad, and ugly of the world, and I want to see and experience it all." Like my solo hike up Big Daddy, Abbamonte's solitariness often results from circumstance. Sometimes there is simply no one to go with, so the choice is either head out alone or don't head out at all. Sure, there are disadvantages to hiking alone in certain areas. There is no one to assist if you twist your ankle, or confront a bear, for example. But many who have walked alone through nature have found those risks worth taking. 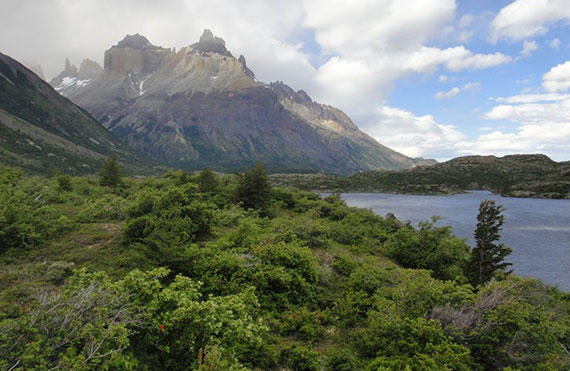 “Being alone on a trail helps me clear my head and refocus my energy so that I can tackle bigger issues in my personal and professional life," says Kelly Lewis, founder of Go! Girl Guides, which publishes guidebooks specifically for women. She's hiked in solitude in Arizona and New Zealand. "Being in nature reminds me of how insignificant those problems usually are." Also, as founder of the Women's Travel Fest, an annual conference, she helps women to plan, execute, and take their own trips around the world. "Traveling alone opens me up to new experiences, people, and places," Lewis adds. "It reminds me of how capable I am to do whatever I set my mind to." Obviously, there are disadvantages to independent travel, on and off the hiking trail. There's safety in numbers, a kind of security that dissolves when the number dwindles to one. The logistics can sometimes prove tricky too, and not just because there's no one to split the costs of accommodation. “Having to lug my gear to the bathroom," says Sean Keener, co-founder of the Bootsnall.com, a website for independent travelers offering inspirational stories, travel tips, and travel deals. "That's a bit of a drain." And everyone who's traveled solo has battled with some level of loneliness. One of my loneliest experiences was during my around-the-world trip when I was stuck on a secluded cargo boat en route to the Amazon and delayed by days. It was early in my journey after the initial excitement of the adventure had worn off, and I realized I could die without anyone knowing. The starkness of that thought prompted me to question myself, my life, and my reasons for embarking on such a long solo adventure. I wondered if it was just a thing to say I'd accomplished or something actually worthwhile. I missed my family, friends, and the life I had back home. I was far outside of my comfort zone.

The thoughts dissipated a day later when we finally set forth and I befriended others on the ship. But my brief depression taught me to better accept that not everything on my trip or in my life would be ideal. I developed a personal philosophy: It doesn't matter how bad things are right now, because in 24 hours they will be completely different. I've since found this to often be true. I'll never forget my stress when, during that same global trip, a gun-toting man tried to steal my passport on the Trans-Siberian Railway and, 24 hours later, my exuberance after bowling the best game of my life—a 168—in Novosibirsk, Russia's third-largest city. I've found that it's only through solo travel, uninfluenced by others, that you come up with pep talks of this sort; realizations you attain only through experience. These are moments of inspiration broadly applicable to life beyond the trip at hand or the trail looming ahead. Traveling alone may not be for everyone, but most people I've met who enjoy it have told me the advantages outweigh the downsides. And to fully appreciate the world's riches, you sometimes simply have to be willing to leave the comfort of companionship behind. “The world is your oyster," says Lilit Marcus, a longtime solo traveler and contributing editor for Condé Nast Traveler. “And you get to eat it all by yourself." Read the Solo Trek Gear Guide Here!