Tamara Lunger, the Women of K2, and Kicking the Mountain Curse

The K2 [mountain] is not some malevolent being, lurking there above the Baltoro, waiting to get us. It's just there. It's indifferent. It's an inanimate mountain made of rock, ice, and snow. The "savageness" is what we project onto it, as if we blame the peak for our own misadventures on it.” ― Ed Viesturs Ed Viesturs has seen his fair share of peaks, summiting all 14 of the world’s eight-thousanders, a collection of the worlds tallest peaks, in his 56 years of life, all without supplemental oxygen. The “savageness” Ed’s referring to might have something to do with the fact that K2 possesses the second highest fatality rate of any mountain in the world. 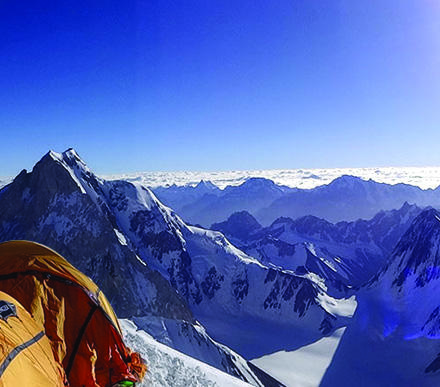 Standing at 8,611 meters, the K in K2 stands for Karakorum. British Colonel, T.G. Montgomery called it K2 because it was the second peak that he saw while surveying the area. Today, K2 is the only major mountain that still uses the numeric nomenclature.

The First Try, and Then Some

In 1902, a group of six European climbers set out to summit K2, but they weren’t prepared for the conditions and only made it up 6,600 meters. Two more groups tried, one in 1938 and another in 1939, but like their predecessors, they didn’t make it. The K2 summit lay untouched until 1954 when Lino Lacedelli and Achille Compagnoni were the only two out of 21 men from their expedition who made it to the top. 246 others made it to the summit over the next fifty years, but K2 also has a dark side. 55 people died in that same time frame, and all 5 of the women who summited K2 up until 2004 had suffered a similar fate.

The Women of K2 Curse Begins

What does gender have to do with it? Unfortunately, each one of those brave women passed away either while on the mountain or shortly after their descent. Their deaths gave life to the K2 curse, where people believed that the mountain had a vendetta against female climbers. Yet the rumored curse didn’t keep women like GORE-TEX Brand Athlete Tamara Lunger from attempting to climb K2. In 2014, she reached the summit.

We caught up with Tamara two years after her summit to talk about the experience and her feelings on the K2 mountain curse.

When did you first hear about K2?

TL: I really can’t remember, but you hear about it all the time in the mountaineering community. It’s a spectacular mountain and a spectacular achievement.

What initially drew you to the idea of summiting K2?

TL: To be honest, it was because my heart was broken by a boy. I needed something. My heart longed for something intense where I could put all my focus and thoughts. I hoped on K2 that I might forget the pain.

Did anyone try to keep you from attempting the climb?

TL: That never happened, thankfully, and I’d never let it happen for that matter. I can climb or summit a mountain just because of this: my heart, my mind, my soul, and my body all want it. If I didn’t have all three, I wouldn’t have the drive and willpower to suffer through something so physically consuming. I’d never allow someone so much control of my life that they could dictate what I could and could not do. In the mountains is where I express my creativity: a way to be free rather than pressed or contained. I’d never give that up.

K2 has a way of pushing people to their limits and beyond. How did you handle the challenge?

TL: People say that K2 is probably the most difficult eight-thousander peak on the normal route, but for me this was never a problem. If you’re prepared physically, technically, and mentally, it’s always a question about one thing, and one thing only: weather. On K2, I had to suffer because I was struggling physically at first. Once that was gone, my mind was free from the distractions keeping me from my goal. I was ready to summit. I never felt the need to push myself, as I was never put in that situation, so I was fully prepared for every test K2 threw at me. I was counting the nights until the end, the hours I had to sleep before starting for the summit. So, I was one of the lucky ones. ;) 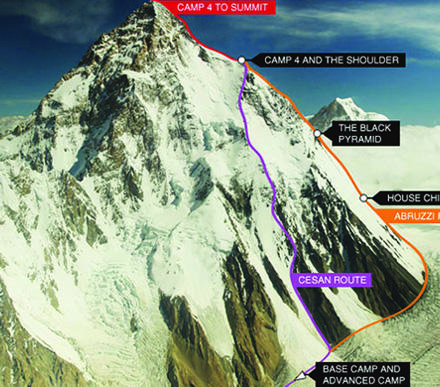 You’ve seen your fair share of peaks. What made summiting K2 different?

TL: Because K2 mountain is the most difficult eight thousander, on the normal route! And, of course, because the summit is high, at 8611m. Few climbers can say they stood on the summit of K2 Mountain without oxygen. I felt very good at the top and spent a full hour on the summit before parting ways with my new friend. The K2 mountain was also a way to prove that an Everest summit without oxygen is possible for me in the near future.

Now that you’ve accomplished K2, what advice can you give to climbers (and specifically women) who want to attempt the climb?

TL: If you feel negativity and pushback from a mountain, then don't go. This is my first thought before setting out for a climb. For me, mountains have a soul. They breathe. You need to be in harmony with this energy from the mountain. You have to feel love and motivation traveling between you and the mountain, and you have to feel comfortable when you look at the peak. It needs to feel like you’re saying goodbye to an old friend when you descend the mountain, one you’ll hope to see again soon. 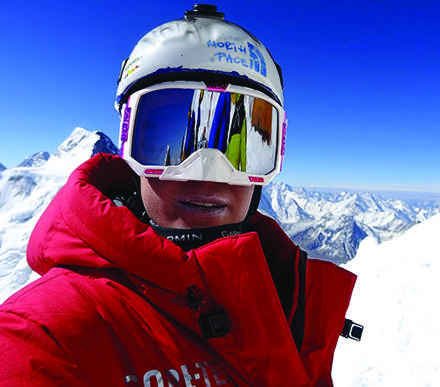 I didn’t get to K2 by starting big. I sought out smaller peaks and gradually worked my way upward. So, stick with the mountains where you still feel comfortable and, as you move up the ranks, trust will begin to develop between your mind and body. The further you come, the further you’ll want to go as you realize what you’re capable of. Only then will the peaks become bigger and bigger.

Thank you, Tamara. It’s been a pleasure!

We’re honored that Tamara never sets out for a climb without feeling protected with GORE-TEX Active Products, and we applaud her #FearNoWeather attitude. If you want to read more stories like Tamara’s, be sure to sign up for our newsletter and we’ll let you know when we publish a new post. There is a chance you can even win a pair of Dakine Titan Gloves. In the meantime, here are some stories we felt might inspire you:

Feeling inspired? Embark on a journey that’ll push your limits like Tamara did. What’s your dream mountain to summit before you die? Share yours in the comments and we’ll be sure to share ours as well! Photos: Tamara Lunger