Wallride Volume 2: Got there – and climbed it: Stefan Glowacz and Philipp Hans make successful ascent of the Pic de Bure in France

Weather dictates the Wallride project: extreme climbers Stefan Glowacz and Philipp Hans were forced back onto their bikes for another 900km, instead of climbing in Switzerland. You’re better off sitting out the rain in good gear on a bike than you are on a wall. Their goal: the Pic de Bure in the western part of the Dauphiné Alps. The steepness of the wall, varying types of rock and continued bad weather tested them to the full. 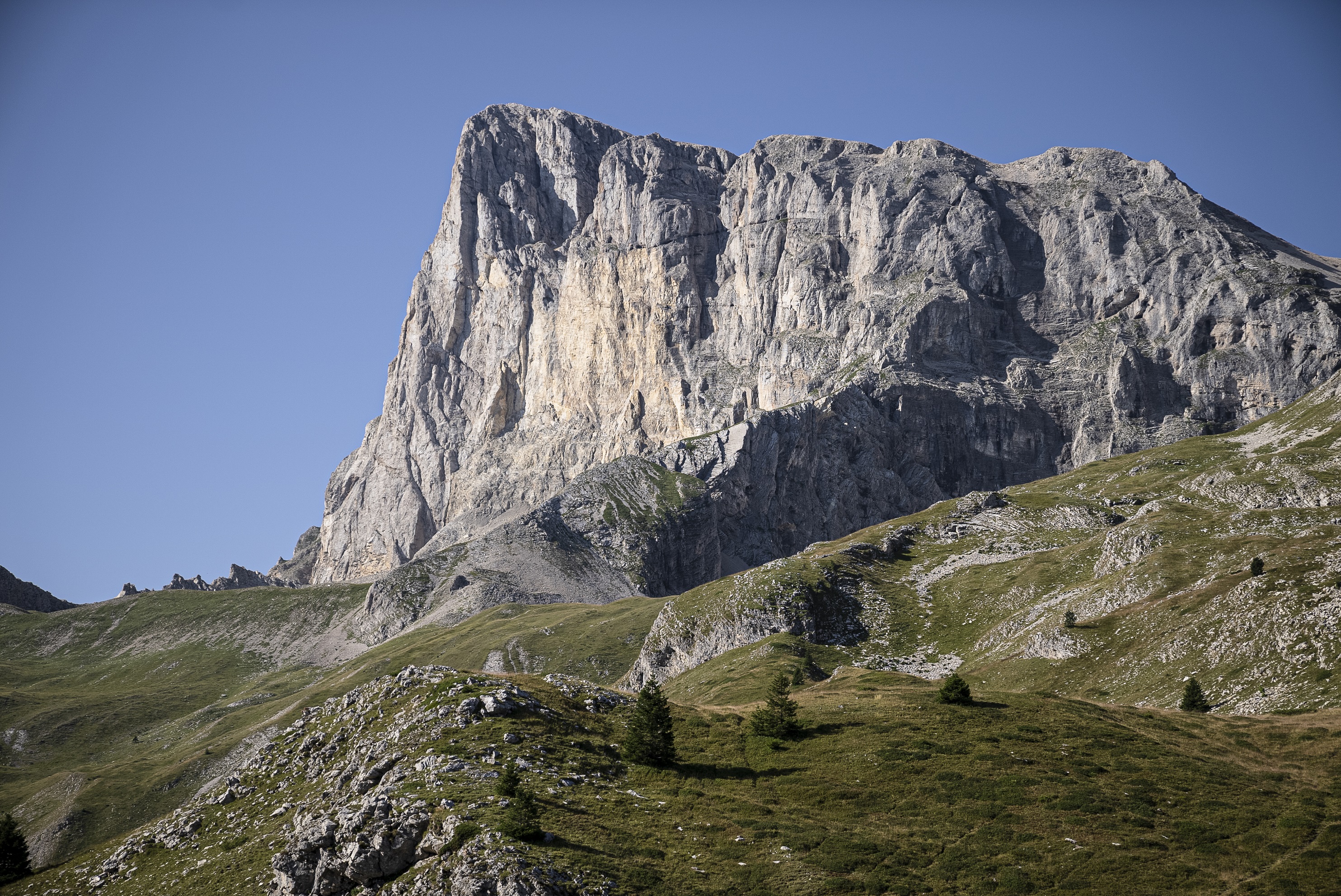 Their optimism started to fade after the first day on the new route. As Stefan said while still on the wall: “It’s hard to know what to do. We weren’t expecting it to be so difficult.” The quality of the rock was not as good as they had thought it would be. Should they give up? Or, look for a new line? The uncertainty even began to gnaw away at Stefan’s confidence, despite the GORE-TEX athlete’s vast experience of expeditions. 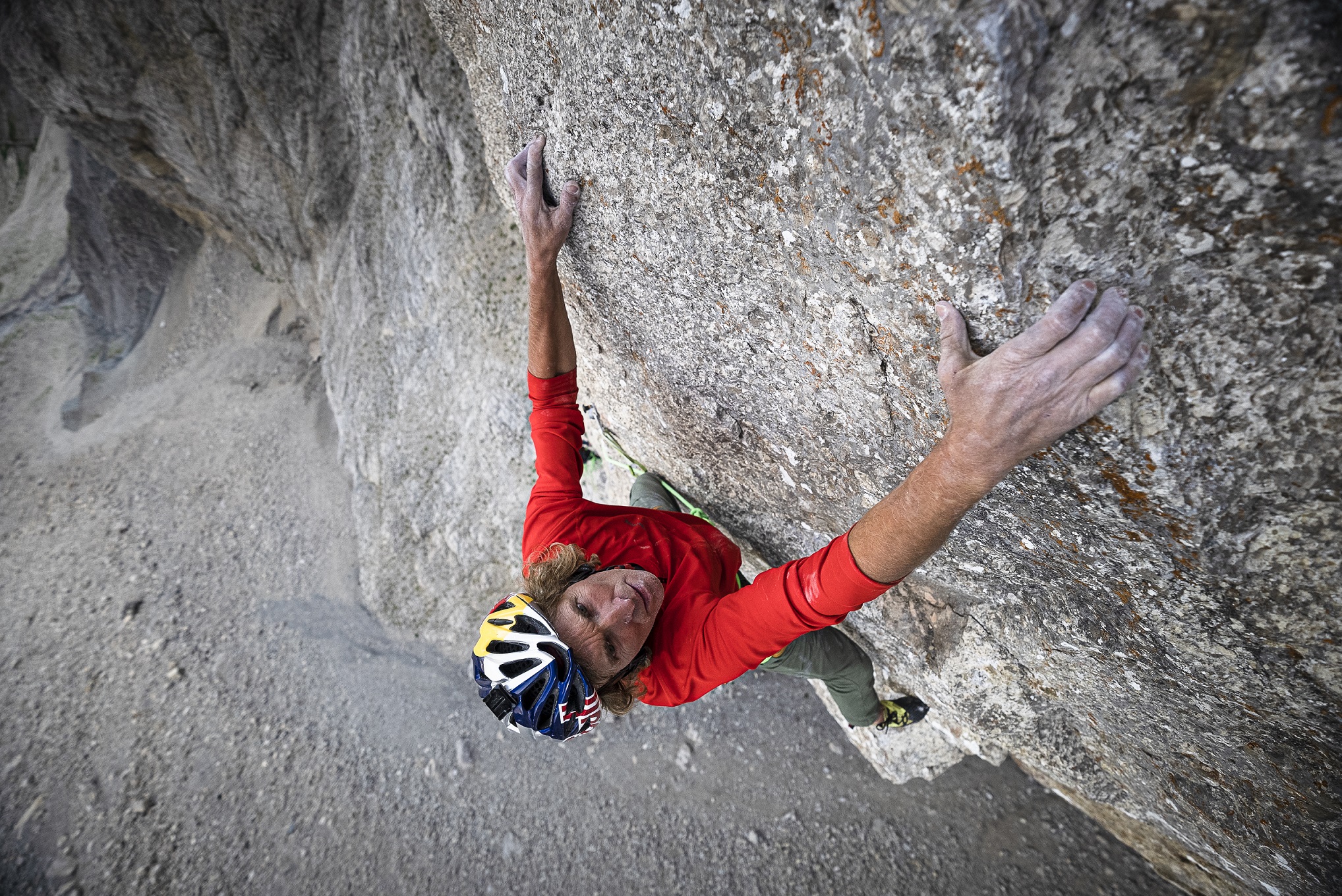 They made a second attempt after a day of waiting lower down in the valley – and got to the top. Their determination, passion and skill were rewarded with longer pitches on the higher part of the face and a magnificent sunset from the plateau at the summit of Pic de Bure at 2,709m.

A new route – happy climbers? “Definitely,” says Stefan. “But with mixed feelings. We weren’t totally successful in our attempt to climb a new line. The rock quality just wasn’t good enough. Our Wallride Volume 2 climb was a variation on the classic Pilier Est route established by René Desmaison with 10 new pitches and difficulties of up to 9- on the UIAA scale. Given that we were climbing with removable bolts and placing our own temporary protection, the new variation has no belay stations or mid-route protection.” 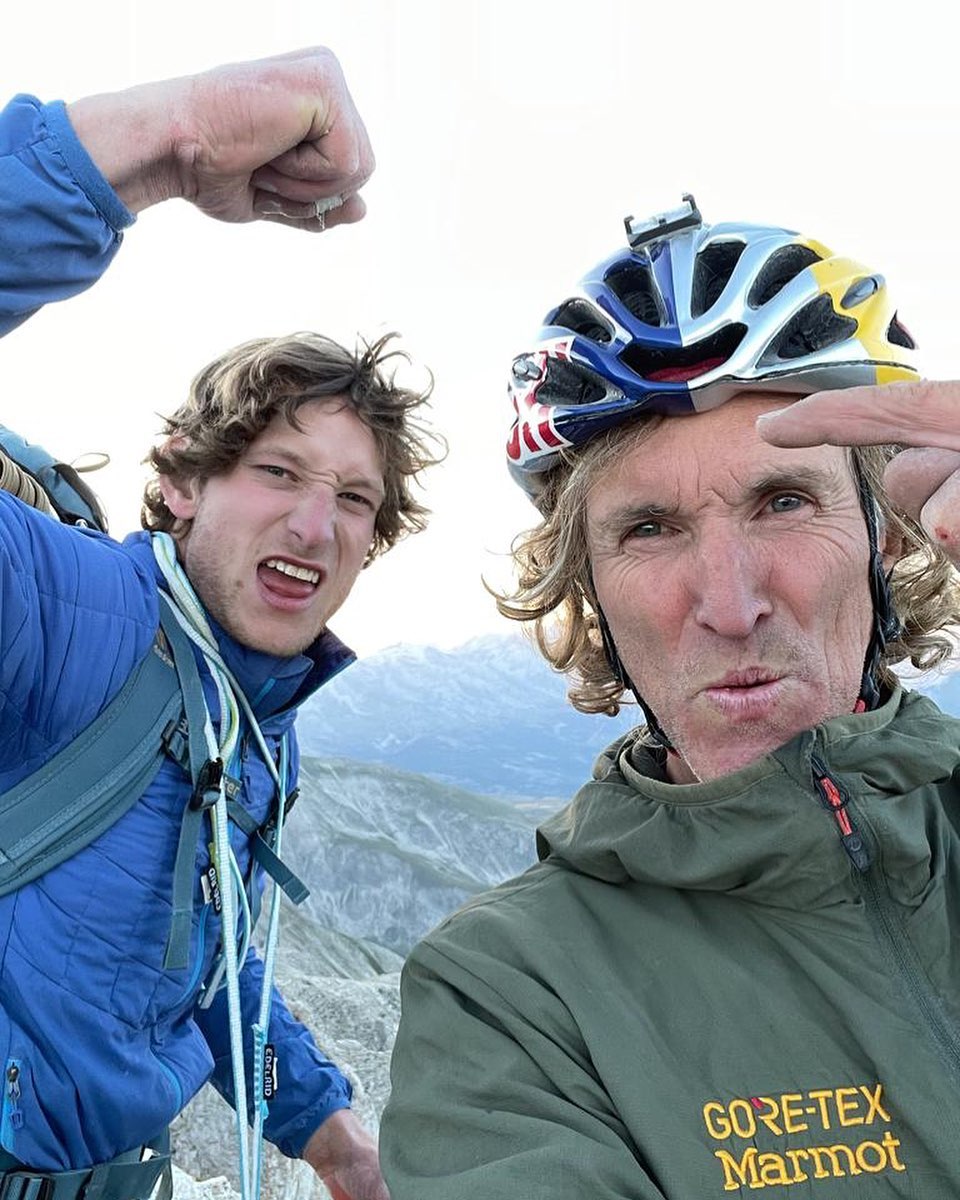 When asked about the weather, Stefan said: “I’ve never experienced a summer quite like it.” Alpine climbing and multi-day mountain bike tours will always be adrenaline-fuelled experiences: You never know what to expect. You need a plan. You need to prepare. You have to have the right equipment. Stefan and Philipp are travelling with the bare minimum. Their shoes have been specifically designed for alpine ascents, descents and cycling. Their GORE-TEX gear is still waterproof and breathable, even after weeks of use. Waterproof clothing is critical in mountain environments. It can even be essential to your survival if you get caught in rain or a thunderstorm while tackling a wall. Stefan and Philipp are wearing GORE-TEX jackets from Marmot on their Wallride. 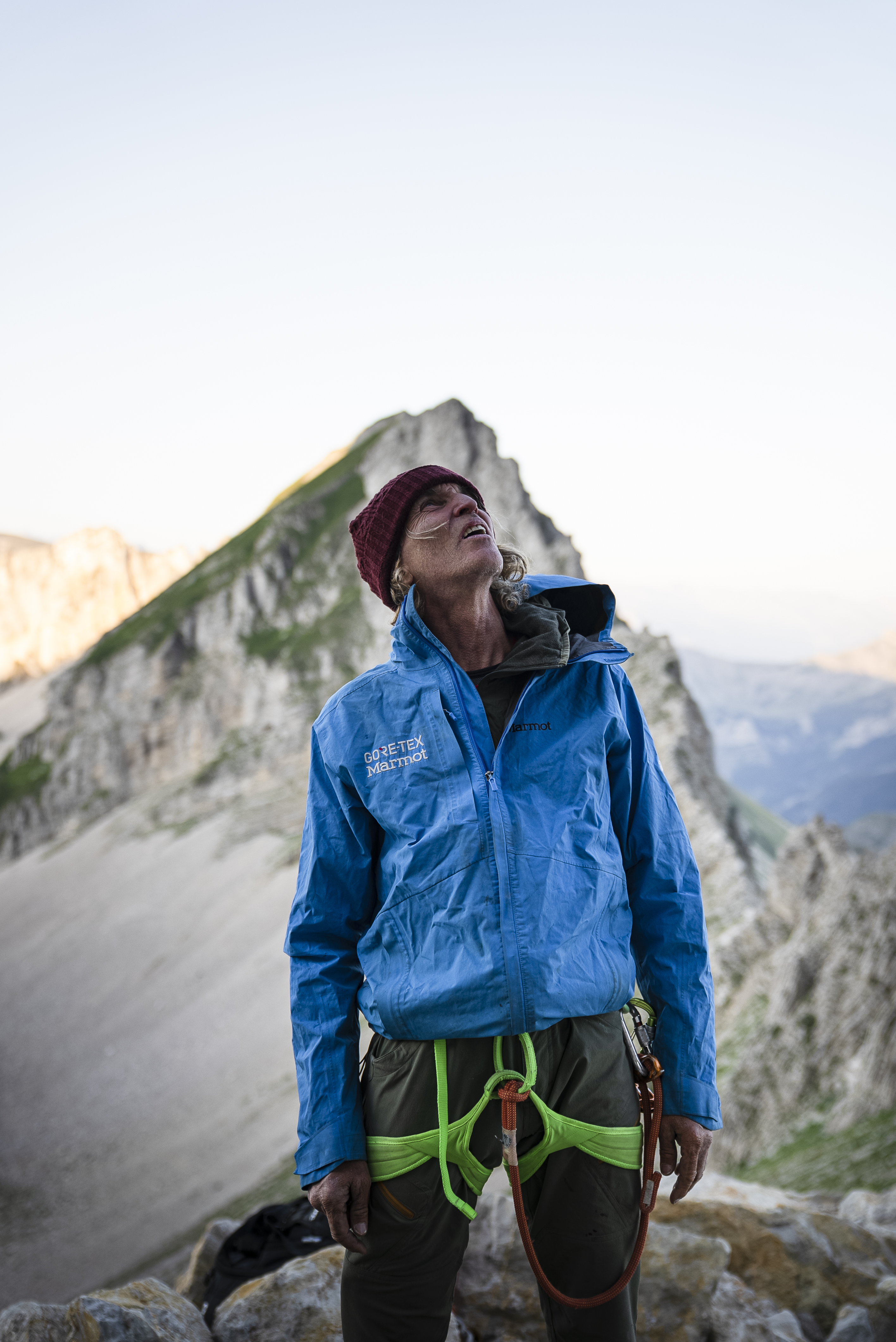 There are different waterproof and breathable GORE-TEX technologies for different activities. These range from the superlight GORE-TEX SHAKEDRY™ jacket and the all-purpose GORE-TEX Active products to the supremely functional, high performing and very robust expedition-compatible GORE-TEX PRO garments. 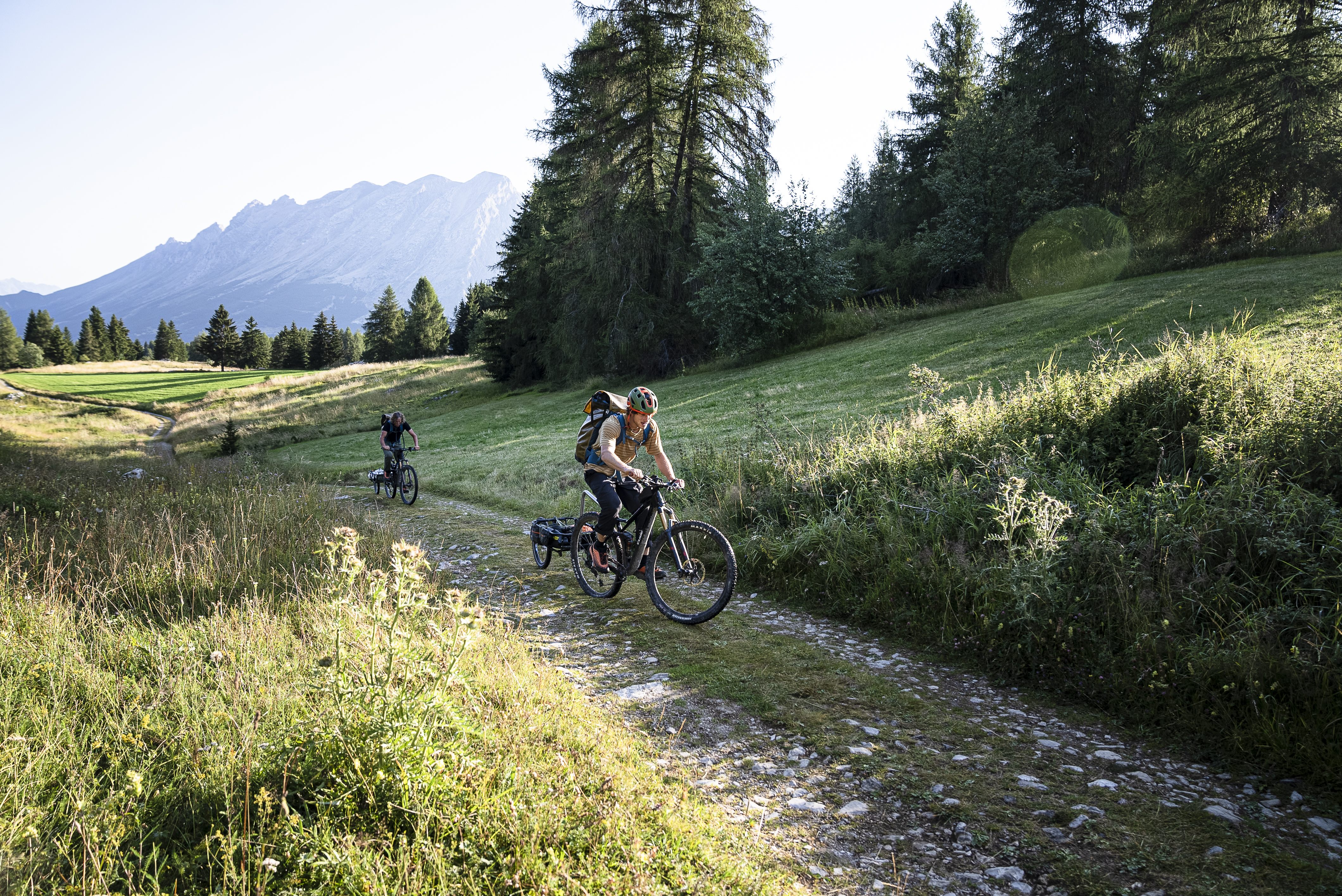 They have one more project to complete, in Switzerland on their long way home: Wallride Volume 3. We’re keeping our fingers crossed that everything will work out for Stefan and Philipp and the rain doesn’t ruin their plans, which has often been the case this summer with its unpredictable weather.

Here you can read about Wallride VOLUME 2, Part 1.

Here you can read about how it all started: Cycling to work