Everyone’s talking about microadventures close to home. Stefan Glowacz and Philipp Hans’ WALLRIDE also began right outside their front doors – only, with a distance of over 2,500km, elevation gains totalling 50,000m and 3 first ascents in 3 different countries, theirs is more of a macroadventure.

But they did cycle to work! Stefan Glowacz and Philipp Hans got on their full suspension bikes and peddled southwards.

For a professional adventurer and an extreme climber, going to work typically means heading for the mountains, more specifically to a rock wall. Often in remote areas in far-flung corners of the world, in other words, on expeditions. So, you don’t typically go on your bike. You go by plane. Or, in a sailing boat, in a canoe and on foot, which is what Stefan Glowacz has done on some of his previous expeditions. In other words, he’s travelled “by fair means”, with as little equipment as possible and without the support of things like helicopters to leave civilisation behind him.

But why always so far afield? This was something Stefan kept asking himself on an expedition involving many monotonous hours crossing the endless expanse of the Greenland ice sheet. Which was when he came up with the idea of an “alpine expedition”: WALLRIDE. “I like combining two different sports. Rock climbing is something I know a lot about, that’s my real passion. But what interests me more, and what I’ve done on previous expeditions, is focusing on new aspects when I’m designing a project, also so that I myself continue to develop.” 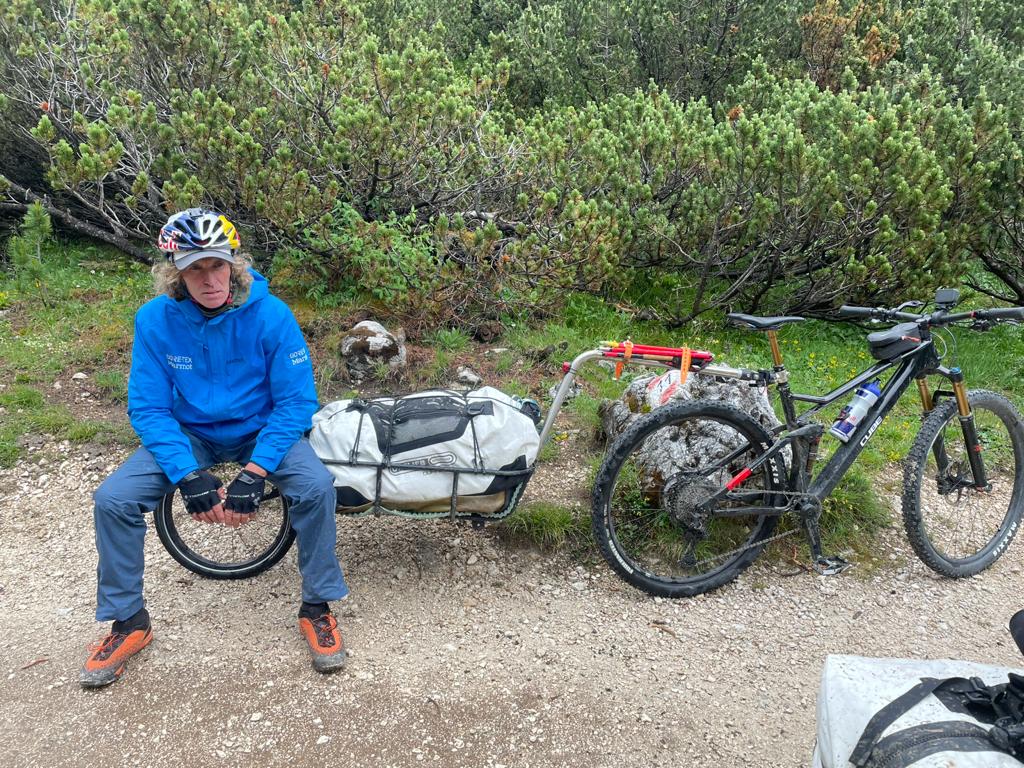 Glowacz doesn’t even refer to WALLRIDE as an expedition in the conventional sense. “The Alps are the most developed mountain range in the world. There are roads, paths, mountain huts and climbing routes everywhere; it’s almost worth mentioning when there isn’t a cable car to the top of a mountain. Still, it’s new terrain for me. To tell you the truth, I don’t really know my way around in the Alps. I grew up near Garmisch and started climbing in the Wetterstein mountains. Basically, we always headed for the same hotspots to climb the difficult routes – and later we set out to discover new continents.”

In Greenland I decided that this had to change and I should refocus my attention on the Alps. What Stefan couldn’t know at the time was how appropriate this idea would be in the current circumstances. The infrastructure in the Alps is so good that you can easily set off from home “by fair means.”

Which is exactly what Stefan and Philipp have now done. First to Italy, then on into Switzerland and France. They’re going to be on the go for a total of ten weeks. In their backpacks: tent, sleeping bag, rope, carabiners, GORE‑TEX jacket, sun cream. 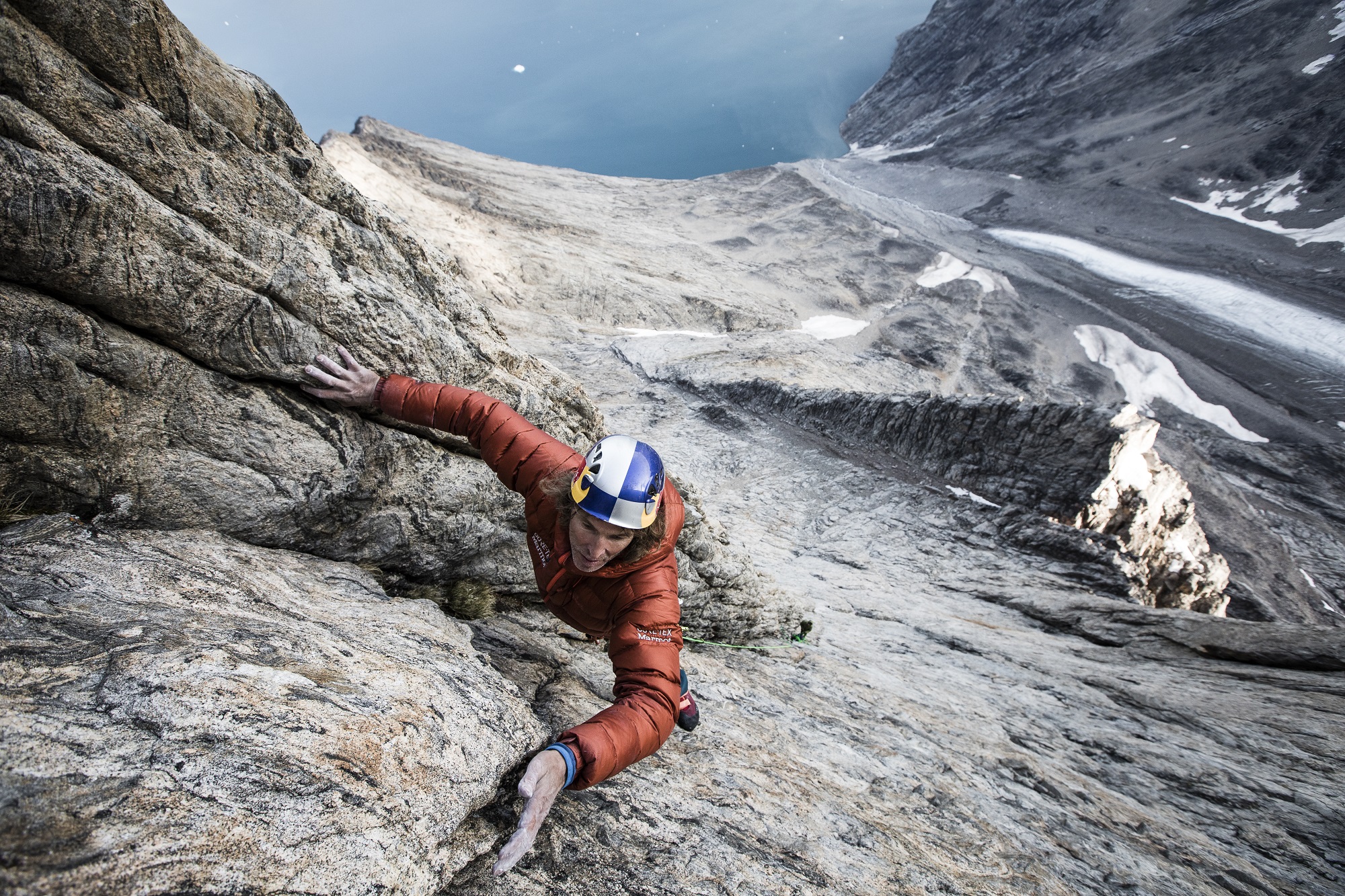 Stefan and Philipp are climbers, not cyclists. Their real goal: to complete the first ascents of awesome rock walls in the shadow of famous peaks in three different countries. Their idea is to follow narrow trails and old supply routes to get from peak to peak – a distance of approx. 2,500km – avoiding the main roads through the valleys. For Stefan using a bike as a carbon free way of getting around is also a homage to the pioneers of alpinism. “It’s not that we’re doing anything new. For the likes of Buhl and Heckmair, it was only natural that they rode their bikes to their climbing spots. Of course, you can’t really compare with our situation today, but it does give me a feel for just how incredible their achievements were. When you approach a mountain slowly using your own muscle power, you feel quite different to when you go by car.”

The Alps are not Baffin Island, the Dolomites are not the Fitz Roy massif and Bernese Oberland is not the Karakorum. Nevertheless, a first ascent is never easy and the logistics anything but straightforward – especially when you have to plan everything two months in advance, carry all your equipment right from the start and can’t backtrack just because of bad weather.

What is an adventure?

“Failure has to be a possibility,” says Stefan Glowacz. “Otherwise it’s not an adventure. It’s unlikely that we’ll fail in the sense that nothing works out. Unless we have an accident. But we might have to completely change plans en route. We’re going to be on the road for two and a half months. Every day we’ll be tackling ascents of over 2,000m on our mountain bikes, mostly on trails, pulling a bike trailer! We’ll be climbing walls without viewing them from the top. But will we manage it? We certainly want to! We’ll only know once we’re in France, in the westernmost part of the Alps, and have finally reached the summit of our final first ascent. After that, all we need do is cycle 1,000km home...”

Shift down, gear up 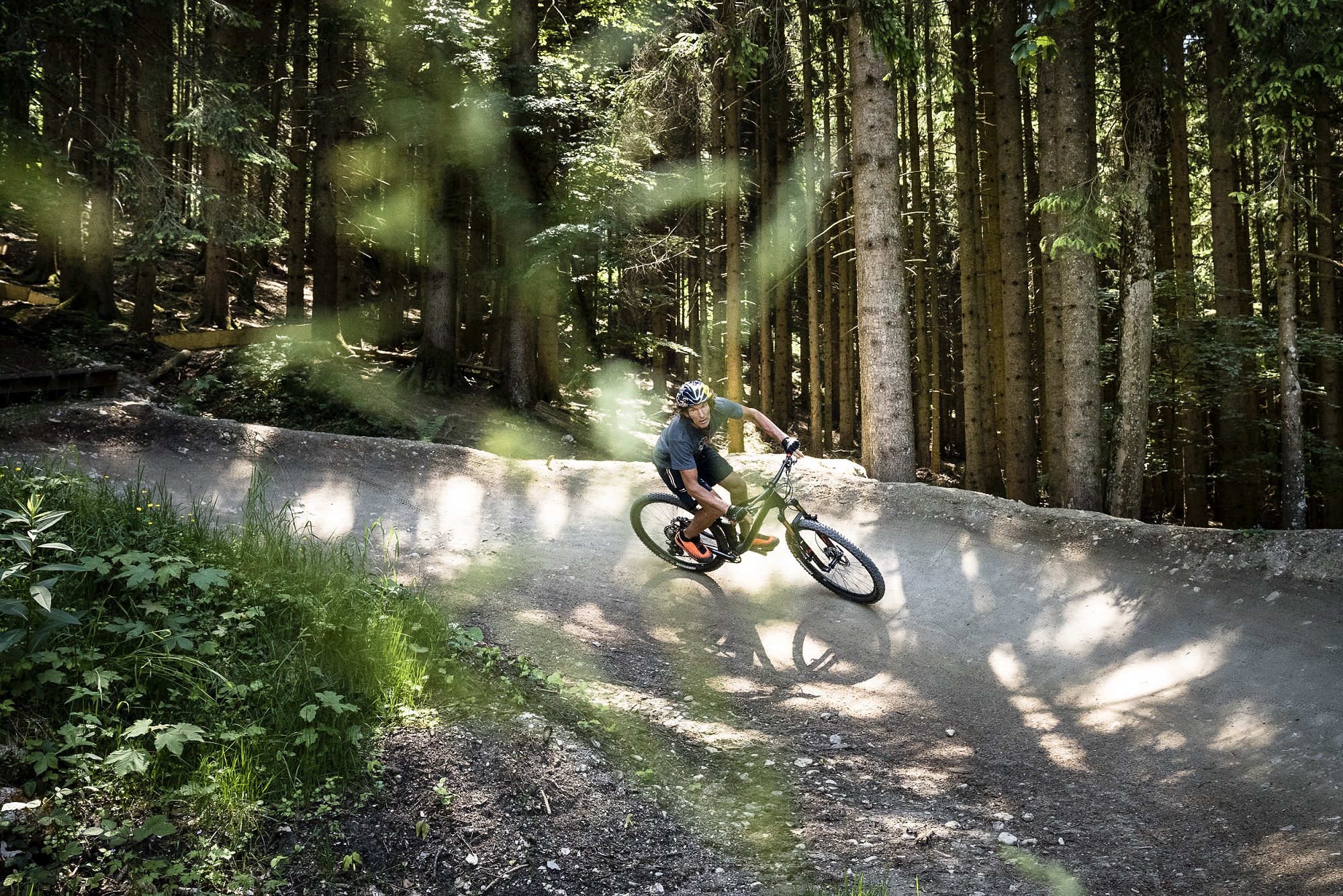 A tough challenge for the two athletes. And their equipment. The bare minimum. 1 bike. 1 rope. 1 jacket. 1 pair of shoes. 10 reusable bolt anchors. 2 shirts. Per person. In other words, everything has to work. When they’re climbing. When they’re biking. On hot summer days in the valleys. When temperatures drop below zero at heights of 3,500m.

Stefan Glowacz has long been one of the most visionary extreme climbers and an ambassador for the GORE-TEX brand. Just as he trusts in his own capabilities when he’s on his adventures, he has to be able to rely one hundred percent on his equipment. The clothing and footwear that Stefan and Philipp need for their WALLRIDE has been provided by the GORE-TEX brand and brand partners Marmot and Lowa.

Over the next few weeks we’ll be reporting on the RIDE and the WALLS – in this blog and on our social media channels. As climbers like to say: Just keep climbing! 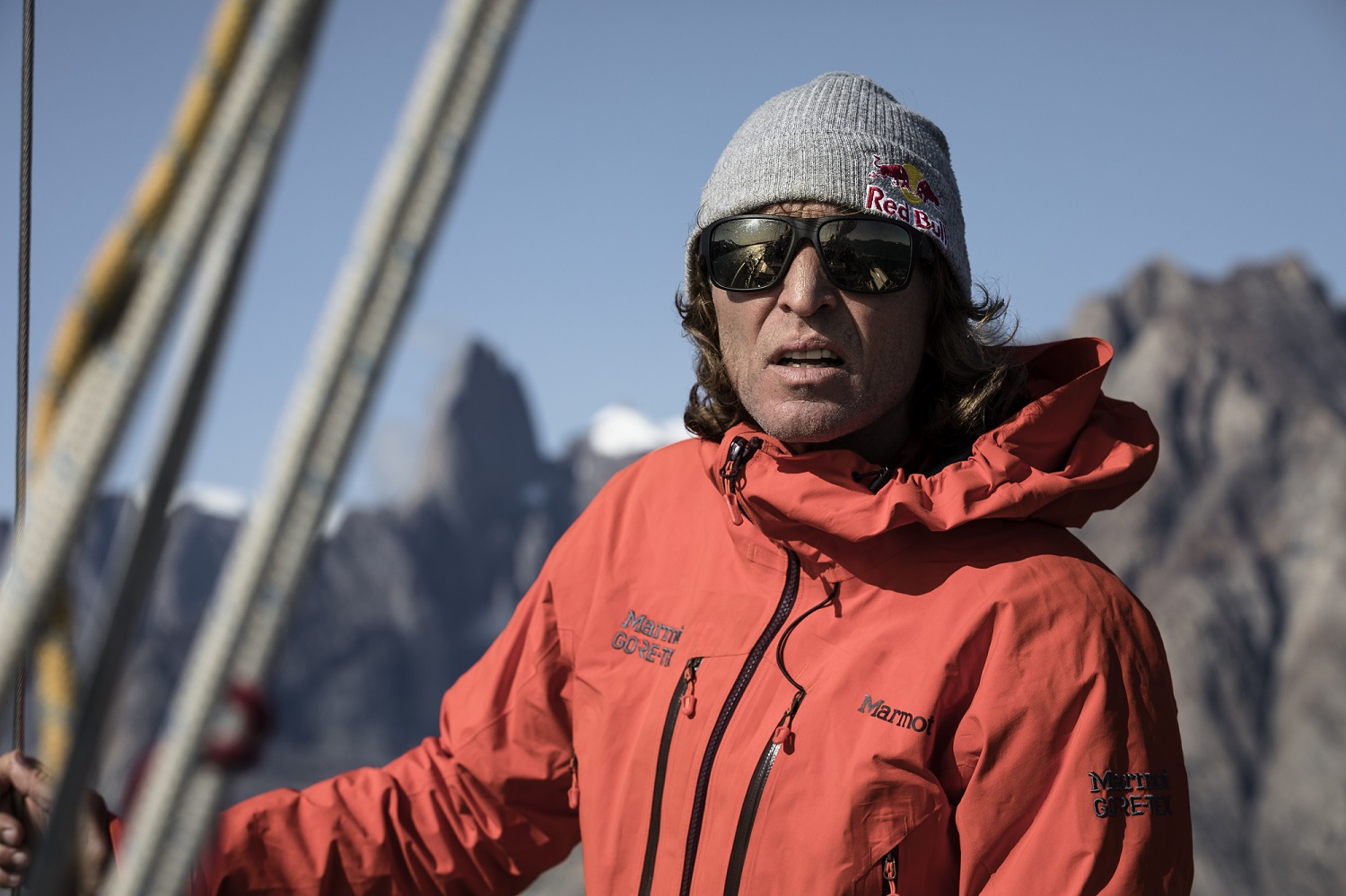 Stefan Glowacz was born in 1965 in Tittmoning, Bavaria, and grew up in Garmisch-Partenkirchen. Even though he has already spent 35 years of his life competing in climbing events and taking part in expeditions, Stefan Glowacz is still considered one of the best climbers in the world. His achievements include spectacular first ascents in the Alps and expeditions to some of the most remote parts of the world. He is the epitome of the modern-day explorer and father of triplets. “By fair means” is the motto that reflects the character of all his projects. This means that he reaches his destinations at the edge of civilization “under his own steam”, without using technical aids such as planes or helicopters.