Wallride Volume 1: Good job! A two-day clean-up in the Marmarole

From the horizontal to the vertical: Stefan Glowacz and Philipp Hans got off their bikes and into their harnesses in the Dolomites after nearly 400km in the saddle and ascents totalling 9,000m. Cumbre, amigos! 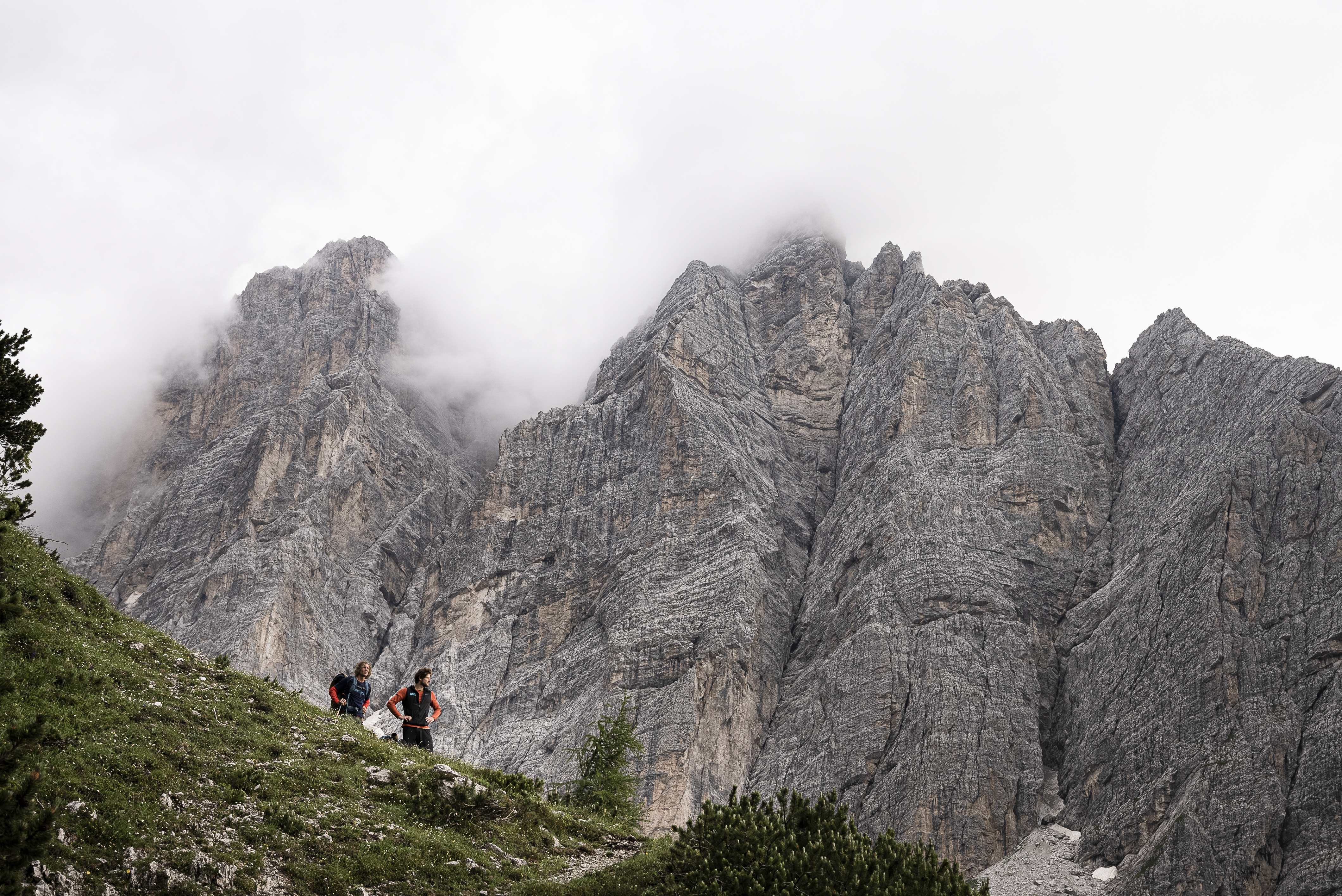 Croda Bianca was the first peak of the Wallride. The south-east wall of its cathedral-like spire measures 800m. Marmarole is a relatively isolated mountain group, south-east of the world-famous mountain town of Cortina d'Ampezzo. In their attempt to fulfil their dream of climbing the peaks of the Tofane, Lavaredo or Sella, most climbers don’t even get as far as Cortina d'Ampezzo. Very few make it to the Marmarole. It was for this very reason that the two adventurers decided to attempt a first ascent in this wild range of the Dolomites. 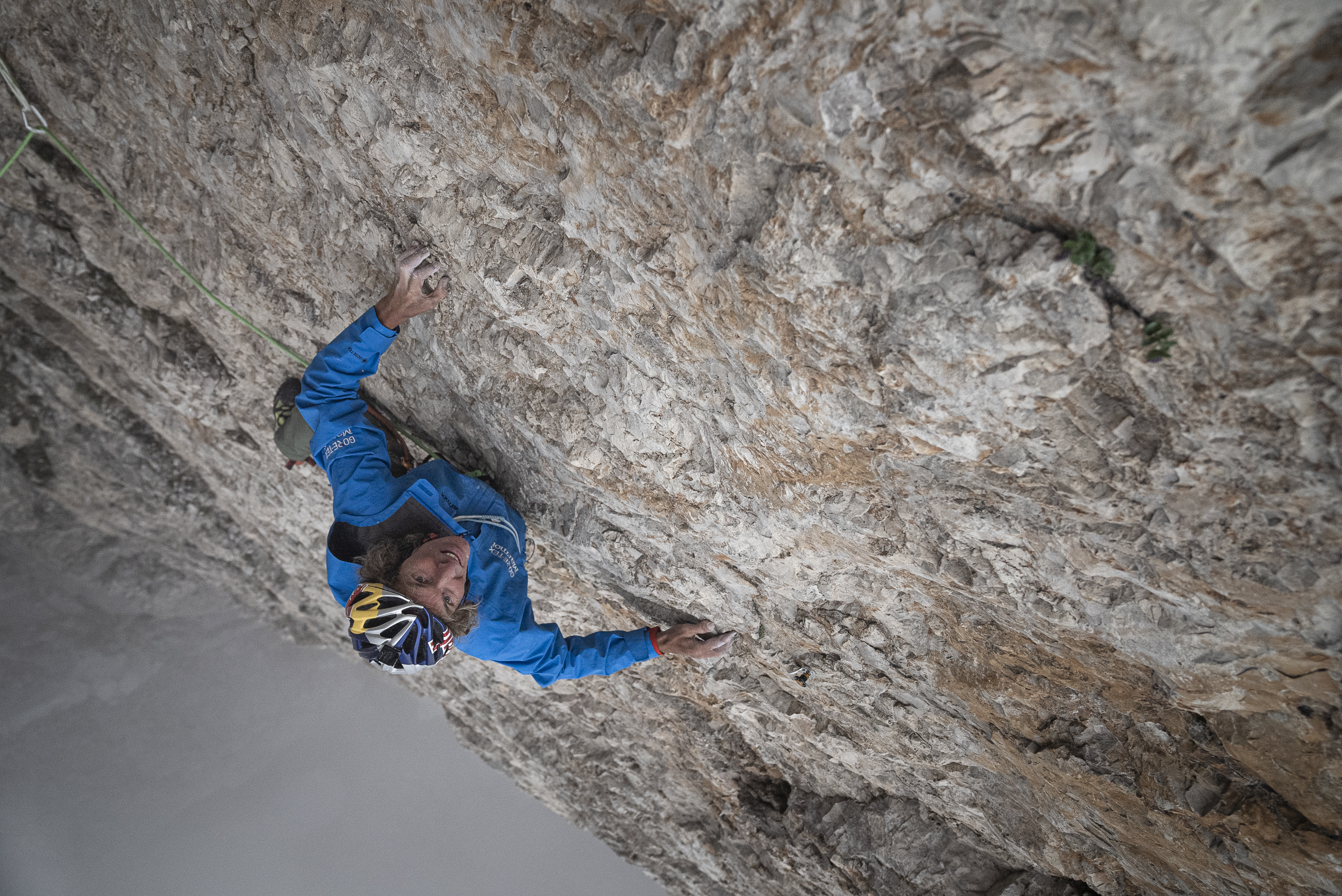 Spain may have lost against Italy in the European Championship semi-final, but sport and mountains can overcome divides. If you manage to reach the summit of Croda Bianca at an altitude of 2,841m, it doesn’t matter whether you yell “cumbre” in Spanish or “sommità” in Italian. They are equally suitable to share your joy of making a first ascent on social media.

“Our goal was to climb a line that was beautiful, logical and as hard as possible, in other words, not to take the easiest route. We are travelling with the bare minimum and don’t have much time. That’s why it’s so important that we plan our routes carefully and find the right balance between difficulty and speed. For this first climb, all went well,” says Stefan.

But that didn’t mean to say there weren’t moments of tension. “The Marmarole was new to me. That added to the suspense, which wasn’t over when we got to the top. The descent was down the normal route, but hey, it wasn’t easy. It was real old school alpinism. There was quite a lot of snow on the ground and we had to use ropes to cross some of the snowfields. We were relieved to get to the bottom.” 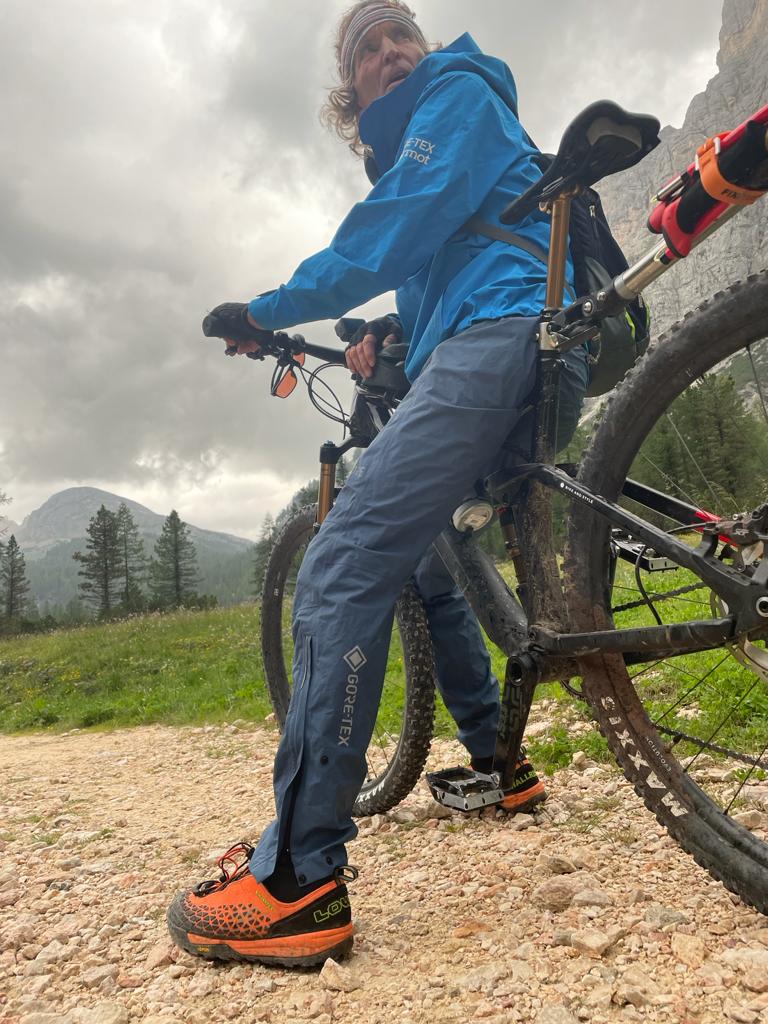 The carbon footprint of the two “wall riders” on their long journey is low. Eat, breathe, that’s it. Stefan and Philipp also left no traces on their new route up the mountain. They made their first ascent without leaving any material on the wall: no bolts, no pitons, no loops, no waste. Their latest project is already achieving what W. L. Gore with its worldwide operations has also committed to achieving in the years going forward: being carbon neutral by 2050 at the latest, in line with the Paris Agreement goals. Find out more here.

Having said that, the Wallride leaves its own kind of traces, physical and mental ones. The exertion is extreme and the memories are here to stay. Afterwards, Stefan and Philipp spent a day resting with Italian friends at the Chiggiato mountain refuge. That was the night Italy won the final at Wembley. Cumbre. Campiones. But just as there will always be another football match, the tour also goes on. Part two has already begun. The Wallride is on its way to Switzerland and its next “cumbre”. Or summit.

Do you want to find out more about the Wallride project? You can read the first post here: Wallride, the project.