Don’t forget about the night sky when planning adventures. This guide of best places to stargaze will inspire you to head outside at night. 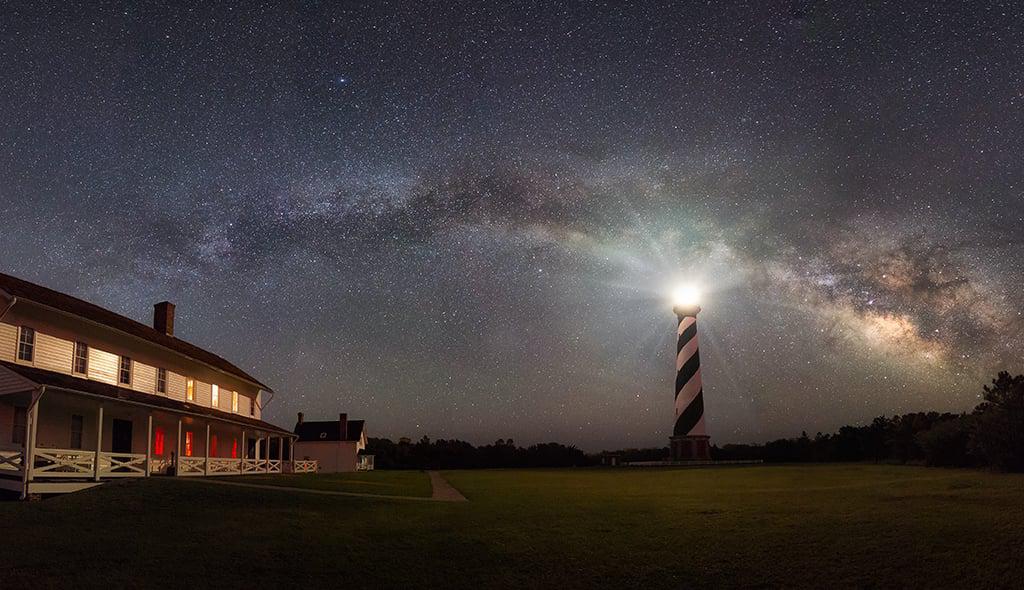 Make space in your life to stargaze. Maybe even plan a microadventure, weekend trip, or an entire vacation around it. Observing celestial bodies that are light-years away can be deeply peaceful and awe-inspiring. It can be done as a solitary activity, with a group, or with a guide. No matter with whom or where you find yourself stargazing, don’t be surprised if you start pondering the meaning of life. A universe full of stars can do that to a person. If you don’t already have a place to stargaze in mind, check out the following locations where you’re sure to see constellations on a clear night.

Don’t bother trying to stargaze in Alaska during the summer. With sunlight around the clock, you’ll only be able to see our closest star. But the spring, fall or winter? That’s when the Alaskan sky comes alive. Not only will you be able to see dazzling stars, but you’ll also get a chance to see the Aurora Borealis, also known as the Northern Lights. I’ve watched many aurora displays on cold Alaskan nights. To me, the Northern Lights are like a visual representation of a beautiful orchestral composition. Instead of sound, the music consists of ribbons of light dancing across the sky. Sometimes the performance lasts a few seconds, but sometimes it goes on for hours, splashes of color entrancing its awestruck audience. It’s definitely worth seeing if you’re able to make it up to Alaska during the off season. However, even if you spend a week in Alaska during its darker days, there is no guarantee that you’ll catch the Aurora. It’s a fickle phenomenon, at the whim of solar activity and our planet’s weather — since you can’t see the Aurora on a cloudy night. For your best chance at seeing the Northern Lights in Alaska — and a sure chance at seeing brilliant stars — resist the convenience of a city like Anchorage (cue light pollution) and head to a smaller town. I’d suggest Talkeetna, which offers stunning views of Denali, the tallest mountain in North America. Hop on the Alaskan Railroad to this village and experience a quieter Alaska than most summer tourists know. Best times to stargaze: September-April

From the canyons in the north to the grasslands in the south, there are plenty of places to stargaze in Arizona. Oracle State Park is one of them. Tucked into the foothills of the Catalina Mountains, Oracle State Park is near Tucson but far enough from most light pollution for visitors to experience a dark, starlit sky. This park was created in 2001 as a 4,000-acre wildlife refuge, and is now known as a premier place in the southwestern U.S. to view the Milky Way due to its designation as an International Dark Sky Park. While viewing the twinkling stars, don’t be surprised if a chorus of howling coyotes pierces the quiet. Because the park is often cooler than Tucson and surrounding areas during the summer, it’s a great place to hike and look for desert wildlife year-round. Still, make sure you’re prepared to hike in the desert. If you’re not interested in hitting the trails, Oracle State Park is only 10 miles from Biosphere 2 and 42 miles from Tucson (about an hour drive). Best times to stargaze: Year-round

Great Basin National Park in eastern Nevada is a place where you can really feel time at work all around you. By day, reflect on the wisdom the earth can offer by exploring caves or hiking among the world’s oldest trees: bristlecone pines. By night, lie under the vast sky and contemplate celestial bodies. In the park, you can see the Milky Way and Andromeda galaxies and five planets with the naked eye. This International Dark Sky Park offers ranger-led astronomy programs from spring to fall. While many activities are free, some require paid tickets or free reservations, so plan ahead. In early fall, bring the family to the annual Astronomy Festival for a variety of space-themed activities all day long. Best times to stargaze: April-October to catch the astronomy programs; park is open year-round

Some of the lakes in Voyageurs National Park are partially in Minnesota, partially in Canada. That’s how far north the park is. Because of its latitude, it’s possible to see the Aurora Borealis in Voyageurs when conditions are clear and dark. On top of that, get ready to make lots of wishes in the park if you stay after dark, as it’s a great place to see meteors — also known as “shooting stars.” A visit in late July or August will give you the opportunity to see the Perseid Meteor Shower. During daylight hours, experience the waterways of Voyageurs National Park by swimming, boating or paddling your way through one of the many lakes or rivers. Hiking and camping within boreal forest is also available. If you’re not afraid of frigid weather, enjoy the snow with one of the park’s winter programs. Best times to stargaze: April-October to avoid the coldest temperatures and most snowfall

Listen for the sounds of seabirds and taste the salty air when you step onto Cape Hatteras National Seashore. This shore is part of a long barrier island in the Atlantic Ocean off the coast of North Carolina, connected to the mainland by bridges. Five species of sea turtles can be seen there, as well as lots of other reptiles — 32 documented species, to be exact. If you think the area is beautiful in the daytime, wait until you see it at night! Cape Hatteras is known for some of the darkest night skies in the eastern U.S. Late April through early October, get your heart pumping by climbing a historic lighthouse and soaking in the seaside views at the pinnacle. During summer months on select dates, the park offers full-moon tours from Cape Hatteras Lighthouse. Best times to stargaze: April-November if you’d like to camp under the stars

Starry nights are hard to come by in many parts of Asia, where population densities are high and light pollution runs rampant. However, in an isolated part of eastern South Korea, the summer night is aglow with stars and also a bioluminescent beetle that thrives in darkness: the firefly. During warmer months, particularly August, watch in wonder as fireflies flit through the sky with constellations as their backdrop. Yeongyang Firefly Eco Park is the first International Dark Sky Park in Asia, and it’s only a 4.5-hour drive from South Korea’s capital city of Seoul. It’s the perfect trip for people who need a break from big city lights or an off-the-beaten-path place to visit. Before nightfall, visit the park’s Firefly Ecological Center to learn more about the park and its special inhabitants. The park offers programs relating to astronomy throughout the summer. Best times to stargaze: June-September for firefly viewing (best in August)

Lake Tekapo, in the middle of New Zealand’s South Island, is an astro-tourism paradise. And paradise in general, if you like turquoise waters and alpine landscapes. Part of the Aoraki Mackenzie International Dark Sky Reserve, Lake Tekapo is a stellar place to view the night sky, as the use of artificial light is strictly controlled throughout the reserve. Several stargazing tours are offered around Lake Tekapo. If you want to see more than the naked eye is capable of, book a tour at the University of Canterbury Mount John Observatory and peer into the cosmos with high-powered telescopes. If you’d like a dose of relaxation, consider the tour that incorporates an hour-long soak in hot pools where you can stare at the stars while lying on a floating hammock. Best times to stargaze: Year-round

What to bring stargazing

Though some dark-sky locations boast warm summer nights, your stargazing packing list should include cold-weather, protective clothing. Here are some basic items to bring for your stargazing excursions:

Looking for a rugged stargazing experience? Incorporate stargazing into a backpacking trip. Check out our beginner’s guide to backpacking for tips and a more complete packing list.