Amelia Earhart, Laura Dekker, Ann Bancroft and more, in this awesome piece featuring some of the most adventurous women around. Read more and get inspired.

Ashima Shiraishi didn't plan on becoming one of the world's top climbers before becoming a teenager, she just knew she liked to climb. And Heather Anderson hadn't set out to eventually hold the fastest times for multi-state and multi-month thru-hikes, she simply wanted an adventure post-college. 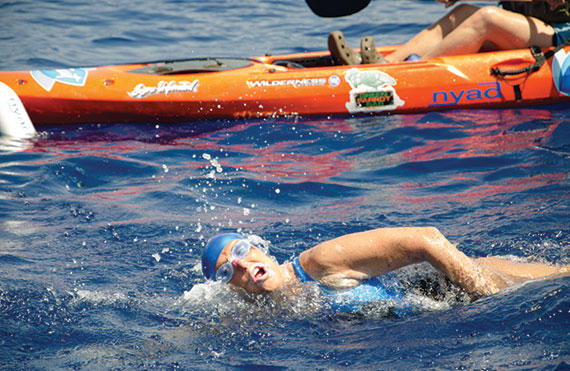 These women aren't alone, and they aren't superheroes, either. They are everyday people who joined the ranks of other record-breaking and history-making females not only by completing daunting, sometimes life-threatening feats, but also by doing them as the first and fastest. They are women who pushed themselves as people pushed back and completed their goals in moments of adversity and doubt. They are mothers, daughters, sisters, and friends. They are strong, adventurous, and inspiring. The world has celebrated their victories in the past, and will continue to celebrate them—and those who follow—in the future.

Amelia Earhart—Just six months after her first flying lesson, Amelia Earhart, an American pilot, bought a plane and began a slew of “firsts": first woman to fly to an altitude of 14,000-feet at 25 years old; first woman to fly across the Atlantic in 1928 at 30 years old; and eventually, the first person to fly solo across the Pacific in 1935 at 37 years old. The 2,408-mile journey took her from Honolulu, Hawaii, to Oakland, California. Laura Dekker—When Laura Dekker was just 13, she aimed to be the youngest female to sail solo around the world. But Dutch courts didn't agree with her journey—at first. After a 10-month deliberation, Dekker got the okay and set off at 14 years old. In August 2010, she began her 27,000-mile-long trek from the Netherlands and ended it in January 2012 in Simpson Bay, St. Maarten. 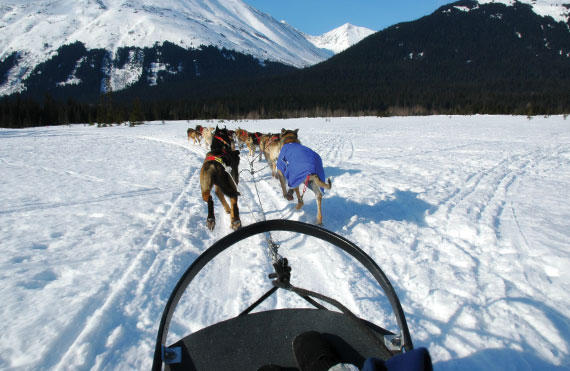 Ann Bancroft—Growing up in Minnesota, Ann Bancroft, now 60, spent most of her time exploring outdoors and didn't stop as she grew up. At 31 years old, she was the first woman to cross the North Pole by foot and dogsled in 1986 as the only female on the Steger International Polar Expedition. She also became the first woman to cross both the North and South pole with her all-female expedition team in 1993. The group left on skis from the Fimbul Ice Shelf on the north coast of Antarctica, and made it to the South Pole, the southern end of the earth's axis, after 67 days. Susan Butcher—Dubbed the "Last Great Race on Earth," the Iditarod is a 1000-mile dogsled race from Anchorage to Nome, Alaska. Susan Butcher, who was born in Massachusetts and died in 2006 at 51 from cancer, won the race not once, but four times between 1986 and 1990. She was also the first woman to place in the top 10. Before those accolades, Butcher was part of a team that made a dogsled ascent of Mount Denali, the highest peak in North America, in 1979. 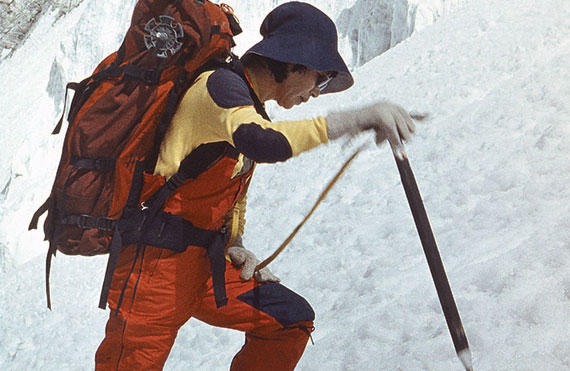 Junko Tabei—On an early May morning in 1975, Junko Tabei, then 35 and hailing from Japan, not only conquered the world's tallest mountain, the 29,029-foot Everest, but also became the first female to ever set foot upon the summit. Tabei also holds the title of the first woman to complete the Seven Summits, climbing and summiting the highest mountains on the seven continents. Ashima Shiraishi—She's in 9th grade, loves sour candy and chocolate, and is regarded as one of the best female climbers in the world. Ashima Shiraishi, from New York, began climbing in Central Park at Rat Rock as a child, and her skill, strength, and talent escalated quickly. In 2012 at 10 years old, she became the youngest climber to complete a V13 bouldering problem, a technical route without ropes on rocks that are usually less than 20-feet tall. The highest rated problem is V16. In 2014, she became the second officially recorded female to complete a bouldering problem of V14. In the same year, she also became the first female and the youngest climber to complete a sport route (using ropes and fixed protection) of 5.15a in Spain. That's just three sub-grades below the highest rank, and hardest level in climbing, of 5.15c.

Diana Nyad — Sharks don't stop Diana Nyad, who grew up swimming in Florida. You could even say they goaded her on as she completed the first 110-mile swim from Cuba to Florida without a shark cage in 2013 at the age of 64. The journey took her 53 hours, and as she explained in her TED Talk, she just kept swimming and never gave up. Heather Anderson—Completing a thru-hike, a long distance hike that traverses multiple states often over many months, is a feat in itself. But claiming the fastest times while unsupported? On two different thru-hikes? Heather Anderson, in her mid-30s, holds both of those titles. In 2015, she completed the fasted, unsupported time of the 2,650-mile Pacific Coast Trail, two years after claiming the fastest unsupported time for the 2,190-mile Appalachian Trail. Although these women's feats vary, and their struggles ranged from physical to mental and even environmental, they all started out as everyday adventurers. For most, their accomplishments are behind them. Some continue to tackle new exploits. All of them leave legacies that inspire others to take on and conquer their own challenges, too.