An Inside Look at the Evolution of the GORE-TEX Jacket

It was a dark day in 1978 when the company had to recall millions of dollars worth of products using its first-generation GORE-TEX fabrics, all at their own expense. 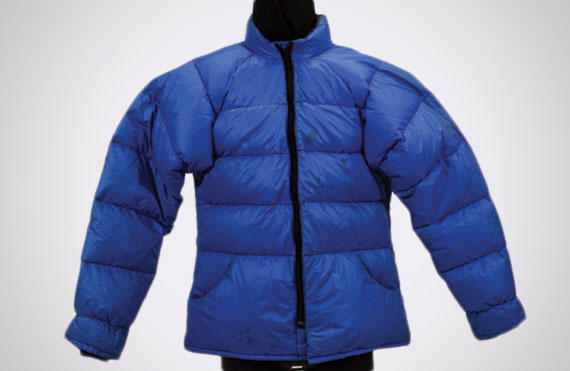 “Consumers liked the product, but we received complaints that our fabric was leaking," said W.L. Gore & Associates Archivist Kevin Brown. "Partly, this was the result of unsealed seams, but it also turned out the oils in people's sweat were contaminating the membrane, clogging the pores and allowing it to leak. People still loved the product, and many consumers were actually annoyed by the recall." But the company — and Bob Gore, the inventor of the GORE-TEX membrane — refused to sell a product if it didn't perform as expected. "If we say our fabric is waterproof," said Brown, "it will be waterproof. Not mostly waterproof." That hiccup early in the brand's existence helped drive the creation of second-generation GORE-TEX membranes and a sealing product that would eventually give way to taped seams and countless other small improvements. It all drove the company's commitment to the concept of “fit for use"—ensuring a product's integrity for its intended use.

"If we say our fabric is waterproof," said Brown, "it will be waterproof. Not mostly waterproof."

That's why the brand went the extra mile to create the detailed guides and testing procedures that customers—apparel manufacturers big and small—would need to create garments up to the brand's standards. As a double guarantee, a fail-safe was added on the back end of the consumer cycle: The GUARANTEED TO KEEP YOU DRY® promise, which states simply that if a customer isn't "completely satisfied with the waterproofness, windproofness or breathability of your GORE-TEX product" the company will fix it, swap it out or refund the money. 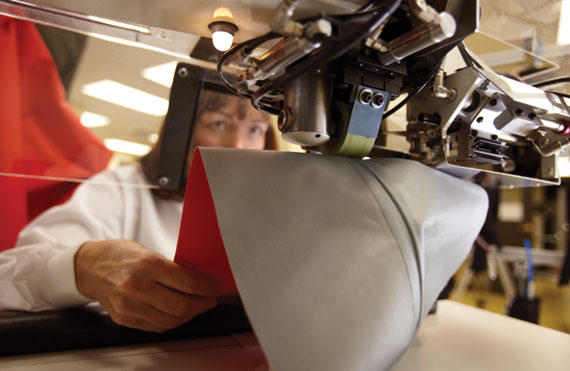 When it comes to meeting those high expectations through product innovation, sometimes the changes have been driven by others—like the creators of waterproof zippers that allowed the brand to ditch snapping plackets—but more often than not, the GORE-TEX brand's entrepreneurial culture fostered innovation from the inside. In the case of tackling the problem of sealing the seams where holes from sewing would compromise the waterproof membrane, the first solution was a liquid adhesive. Over time, that was one-upped by the invention of the now-ubiquitous taped seam. “We invented seam tape and the machines used in our customers' factories in part because the liquid seam sealer we sold was labor-intensive to apply and only as reliable as the consumer who applied it," Brown said. This creative ecosystem has spawned more than fabric development. For example, a musically inclined employee decided to test out a fluoropolymer coating the company was using to make low-friction bicycle cables on guitar strings. The result was a string that was protected from the dirt, oil and debris, resulting in better sound quality. Now, W. L. Gore & Associates owned ELIXIR Strings are a popular choice for guitarists around the world. Yet another nod to the brand's commitment to empowering employees to continue pushing the boundaries of what's possible, be it out in the field or even in the music studio. Today, whether the GORE-TEX brand technology is a waterproof membrane in your jacket, a windproof barrier in your golf jacket or a waterproof GORE-TEX SURROUND® shoe that breathes through the sole, you can be assured that the material has been rigorously tested.

So when Jerry Seinfeld asked George Costanza “You like saying GORE-TEX, don't you?" in season five of the most popular TV show in history, a lot of people knowingly nodded their heads. When they need to venture out into extreme conditions, it's the name they like to say, too.