One of the great fears people may have when venturing into the great outdoors is of encountering a venomous snake.

While snakes’ reputations have improved since the days when they were viewed as literal incarnations of the devil, and many breeds of snake now make popular pets, many people still have a visceral fear of the animals, and certainly anyone who plans to spend time in the wilderness should have a healthy caution of snakes, as with all wildlife. 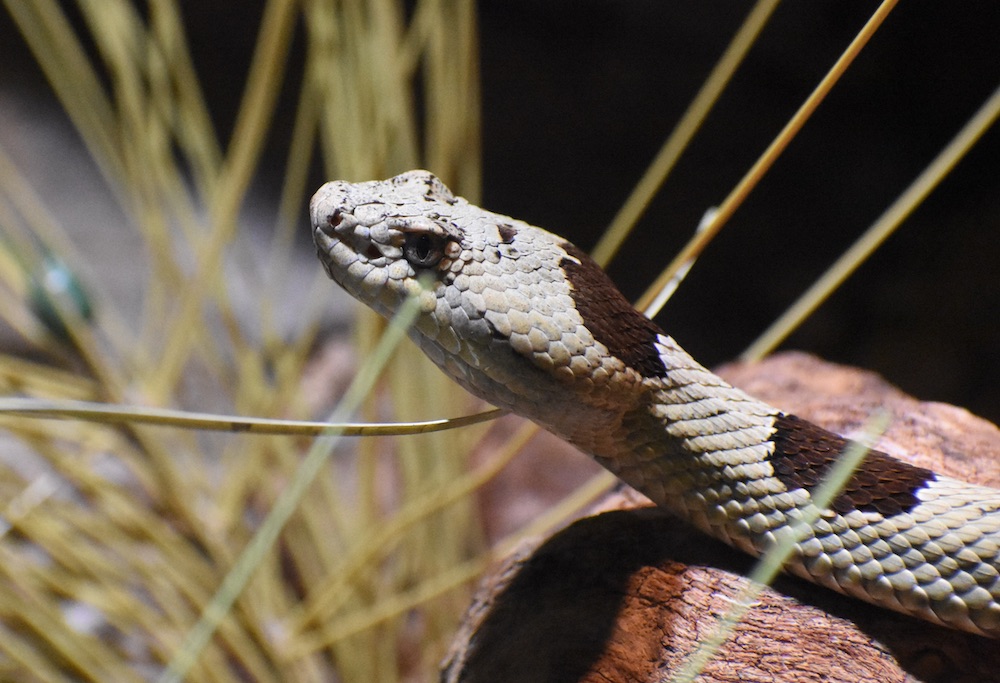 The good news is that, outside of Australia, the vast majority of snakes someone is likely to encounter while hiking or camping are non-venomous, and even venomous snakebites are largely non-fatal.

Either way, everyone can agree that any snakebite, venomous or otherwise, is a painful and unfun experience to be avoided at all costs. Luckily, there are a few easy steps hikers and campers can take to minimize their risk of dangerous snake encounters.

1. Know where you’re going and what snakes you might encounter.

Knowledge is the ultimate weapon in the wilderness.

Everything Reptiles say and the best thing a backpacker can do to prevent injury is to research what snakes they might encounter in the region and terrain where they’ll be hiking or camping.

Knowing whether they’re likely to encounter rattlesnakes, which generally like to live in rocky terrain (though this can vary by species – another reason hikers should do their research), or water moccasins, which prefer watery areas such as ponds and streams, will have a huge impact on what constitutes a safe campsite or trail.

Knowing which venomous snakes to look out for will also help backpackers identify whether a snake they encounter is dangerous or exhibiting defensive behavior – although remember that any snake (or other wild animal) encountered in the wild should be given a wide berth regardless of how dangerous it seems, for the safety of both human and animal.

One of the best places for backpackers to find information on what wild animals they might encounter and how to avoid them is from the organization running their campsite, especially if it’s in a national or state park, where the website and the park rangers will both be excellent sources of reliable information specific to the region and terrain. 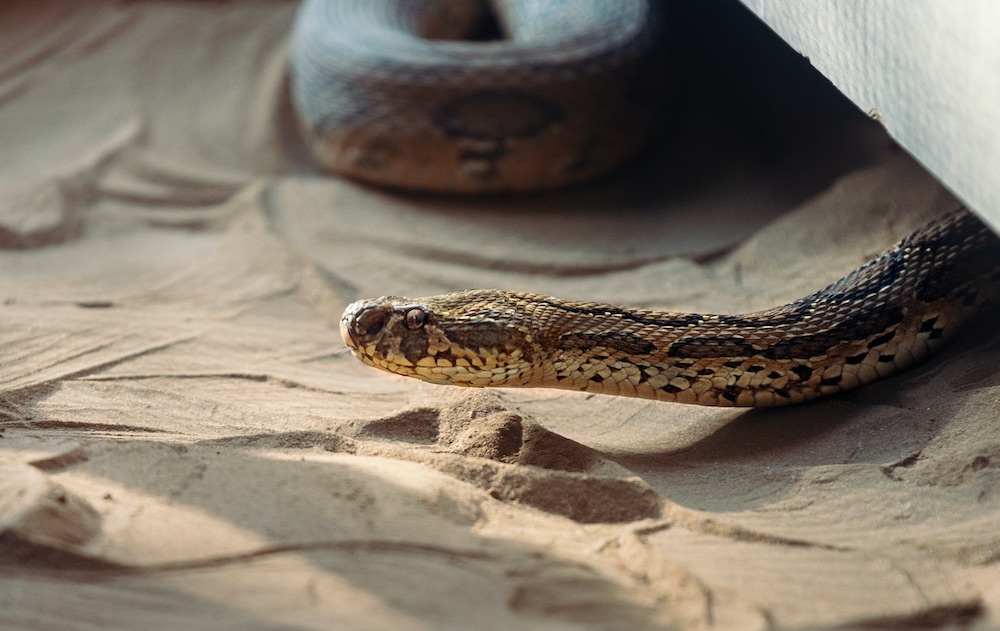 2. Take precautions not to surprise snakes while hiking.

Like most wild animals, snakes are most likely to attack a human when they feel threatened or surprised. Hikers and campers, then, should take care to minimize their chances of “sneaking up” on a venomous snake.

While this principle is the same one behind bear bells, which help backpackers make enough noise to avoid surprising grizzlies, snakes don’t have external ears and so don’t hear sounds the same way humans (and bears) do; instead, they respond to vibrations in the ground.

This means most snakes will be warned off by footsteps, especially of large groups, although, when hiking in snake-heavy areas, backpackers might use sticks to beat the ground ahead of them as an extra precaution.

When given the opportunity to flee, rather than encounter a human, snakes will almost always do so, since they read humans as predators because they’re so much bigger than them.

Hikers should also always watch their step and check the ground in front of them for snakes. Remember that most snakes can strike up to half their body length, so hikers should look several steps ahead of where they currently are to avoid getting too close to one.

3. Do not disturb any snakes you do encounter.

Even the most well-prepared hiker might come upon a snake in the wild, and the only safe course of action if that happens is to give the animal as much space as possible. Even if the snake in question isn’t venomous, hikers should under no circumstances try to pick up, move, or otherwise harass a snake, or any other kind of wild animal.

If possible, backpackers should skirt the snake, remembering to leave at least twice the snake’s body length between themselves and the snake. If there’s no room for such evasive maneuvers, hikers can try – from a safe distance – stomping their feet to produce vibrations that will scare the snake away.

Backpackers should also never try to kill snakes they encounter, even if they’re convinced the snake is venomous and dangerous – such interactions put the hiker at much more significant risk of injury, as well as resulting in the death of an animal that forms an important part of the ecosystem.

Even snakes that already appear dead should be avoided, as they may simply be feigning death, as the hognose snake does, and even snakes that actually are dead can, if only recently dead, spasm if touched and still inject their venom into a person.

Above all, the most important thing to remember about encountering snakes in the wild is that the wilderness is their home, and humans are just visitors.

As such, it is the hiker’s responsibility to avoid snakes and dangerous snake encounters; after all, one of the joys of the wilderness is its uncompromised wildness. A wilderness area with all the dangerous wildlife removed is a wilderness area no longer.

With that in mind, backpackers and campers must take all reasonable precautions to protect themselves and their co-adventurers from the dangers the wilderness prevents, if they wish to appreciate its unique and wild beauty.

Johnathan is the editor-in-chief at Everything Reptiles. He brings decades worth of herpetoculture experience caring for Geckos, Skinks and a Frog.