Evolution of a Promise: GUARANTEED TO KEEP YOU DRY

Our author Kevin Brown leads Gore’s Heritage & Archives Team and spends his days steeped in Gore’s history. A native of the United States, he currently resides in London, England where he finds his GORE-TEX gear just as invaluable during rainy school runs in the city as he does out on the trail. Outside of work, he enjoys writing, hiking, and going for walks with his wife and two young daughters.

In 1976, GORE-TEX fabric debuted, which outdoor enthusiasts saw as the answer to the long-standing quest for the seemingly impossible – a fabric that was both waterproof and breathable. But two years later, some consumers were returning garments complaining of leakages. Although the majority of garments on the market continued to work just fine, there was no room for compromise when it came to product integrity for Bob Gore. He personally shut down production and recalled millions of dollars in product until they could find a solution. Within six months a new generation of fabric was on the market, but this commitment to product integrity continued, resulting in the introduction of Guaranteed To Keep You Dry in 1989 – a first-of-its-kind performance promise in the industry by a fabrics supplier. More than thirty years later, garments with our black diamond hang tag still feature this promise. 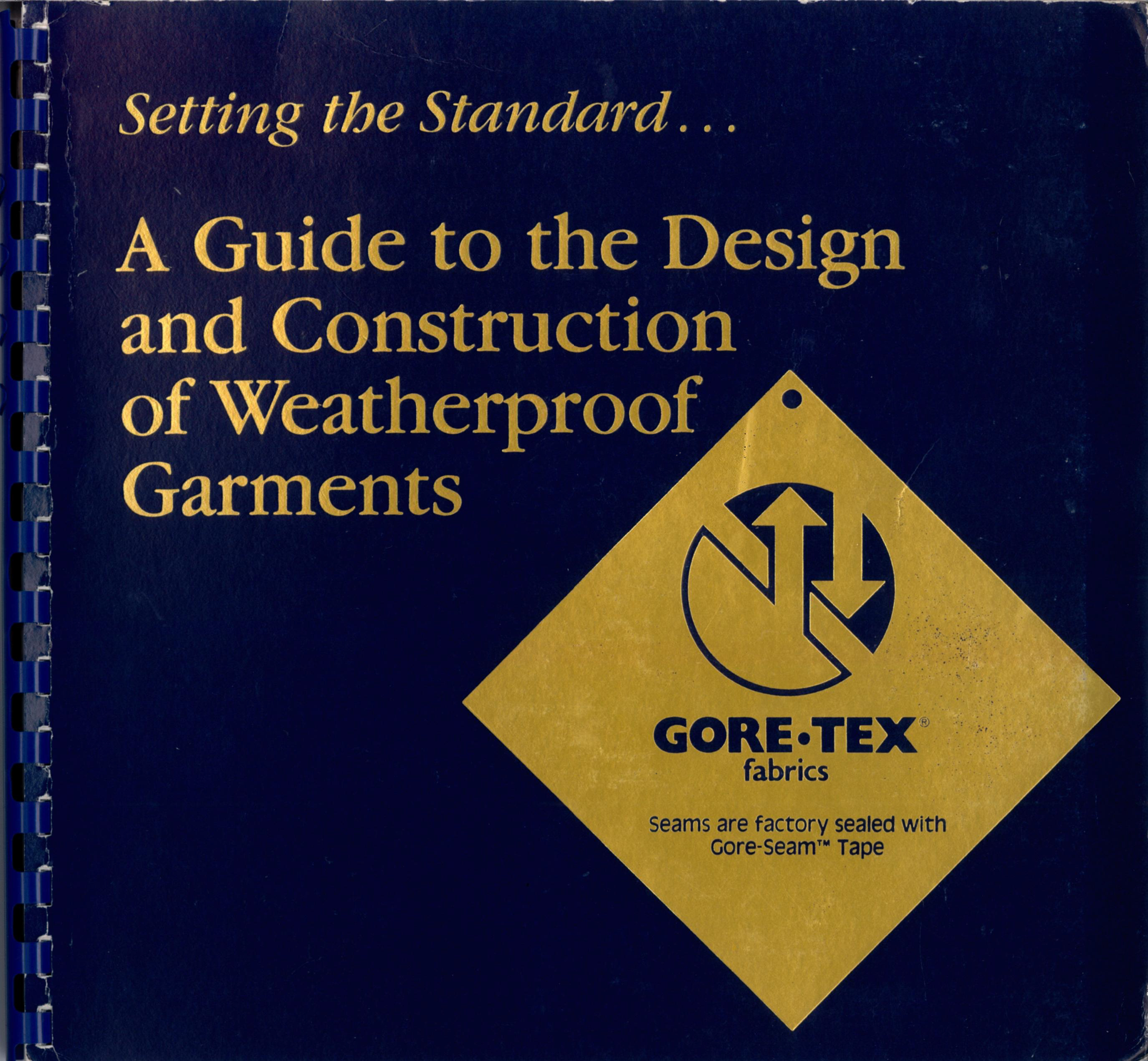 What could a fabric supplier, who did not make the finished garment, do to ensure product integrity? Gore’s first step was to supply its customers and end-users with the tools to get the most out of the fabric. In 1978, Gore developed SEAM STUFF Liquid Seam Sealer, an after-market epoxy designed especially for use with GORE-TEX garments that consumers could apply to their own garments to prevent water from seeping through the stitching. In 1979, Gore’s scientists developed the world’s first ePTFE SEAM TAPE and applicator to allow customers to factory seal all seams in their GORE-TEX Garments before hitting the racks at retail. 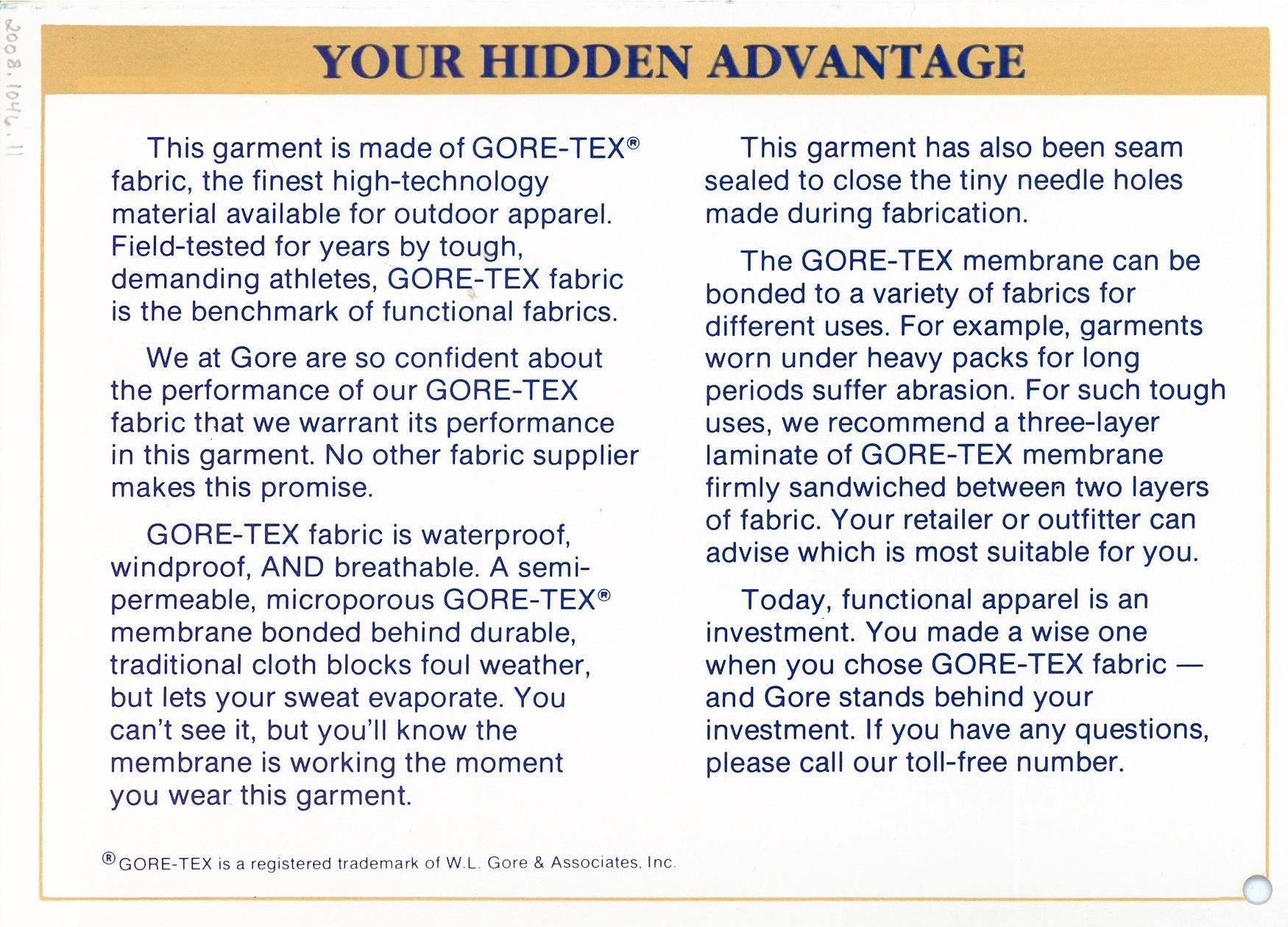 In the early 1980s, we introduced a limited three-year warranty on the performance of the fabric. However, it did not cover leakages due to design or construction faults over which Gore, as a fabrics supplier, had little control. We partnered with garment manufacturers and leading experts in textile and clothing research, such as the U.S. Army Clothing and Textile Research and Development Command, the U.S. Army Human Engineering Lab, and major university and research institutions around the world to develop a “Guide to the Design and Construction of Weatherproof Garments” in 1984.

This work became the basis for our “Raingear Without Compromise” program launched in 1985. It was a design standard which required any manufacturer wishing to use GORE-TEX Fabric in garments classed as “raingear” to submit all prototypes to Gore where they would be visually inspected for conformity with the design standards set in our guide. The quality of the garment’s construction was also assessed including hydrostatically-testing all seams for waterproofness. Finally, we subjected garments to a half-hour wear test in our “storm chamber” where a mannequin equipped with moisture sensors endured a simulated downpour of 3 inches per hour. If the mannequin’s sensors did not register any moisture in that time, Gore would award the design with our “Raingear Without Compromise” hang tag. 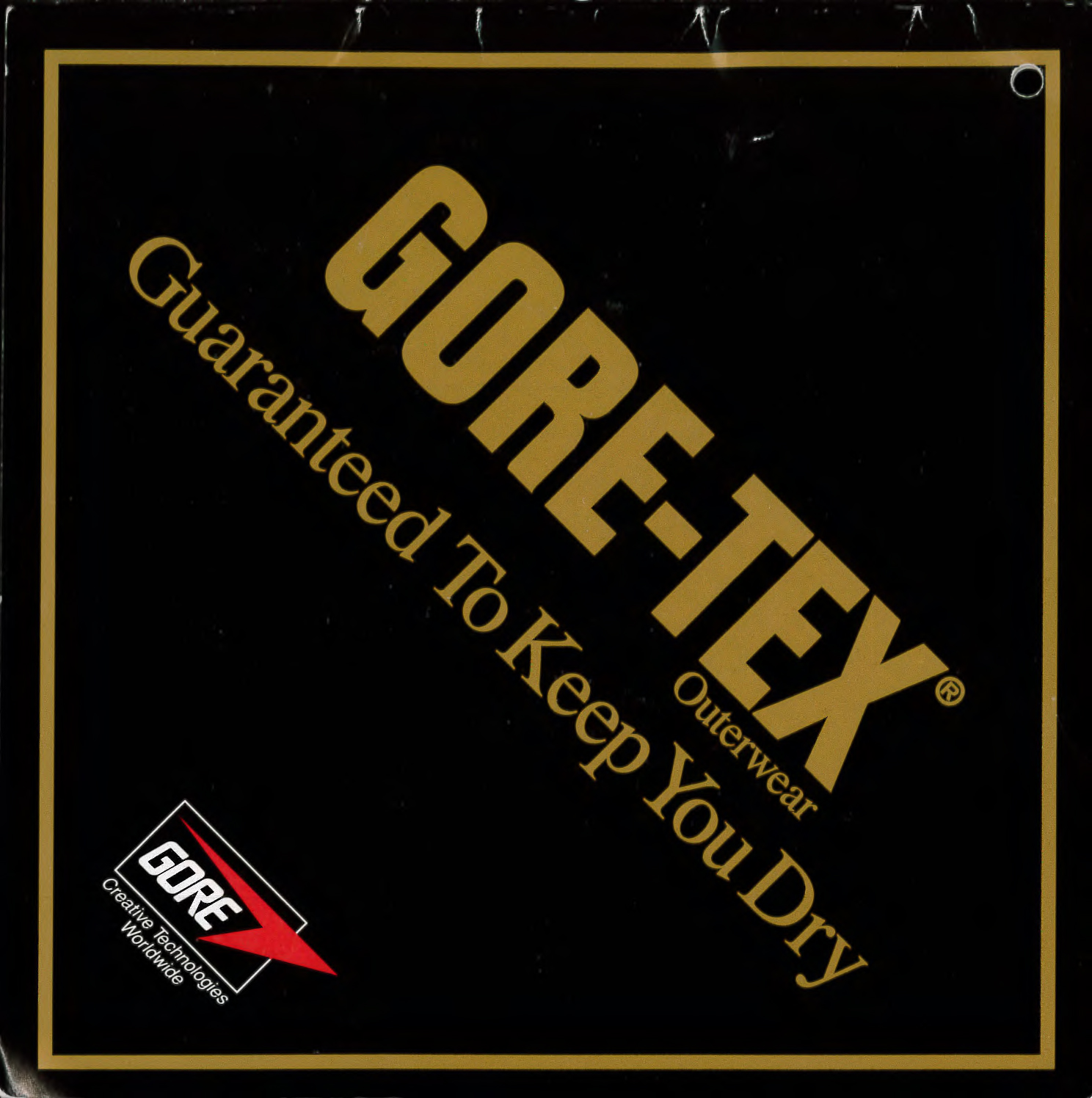 The trouble with imposing a strict design standard on our customers was that it became hard for them to differentiate their designs from each other, and it stifled their own design creativity and innovation. To truly partner with our customers in a way that was mutually beneficial for everyone, we shifted our focus from design to the primary intent of our product integrity efforts – performance. So in 1989, we created our “Guaranteed To Keep You Dry program.” This was strictly a performance standard. 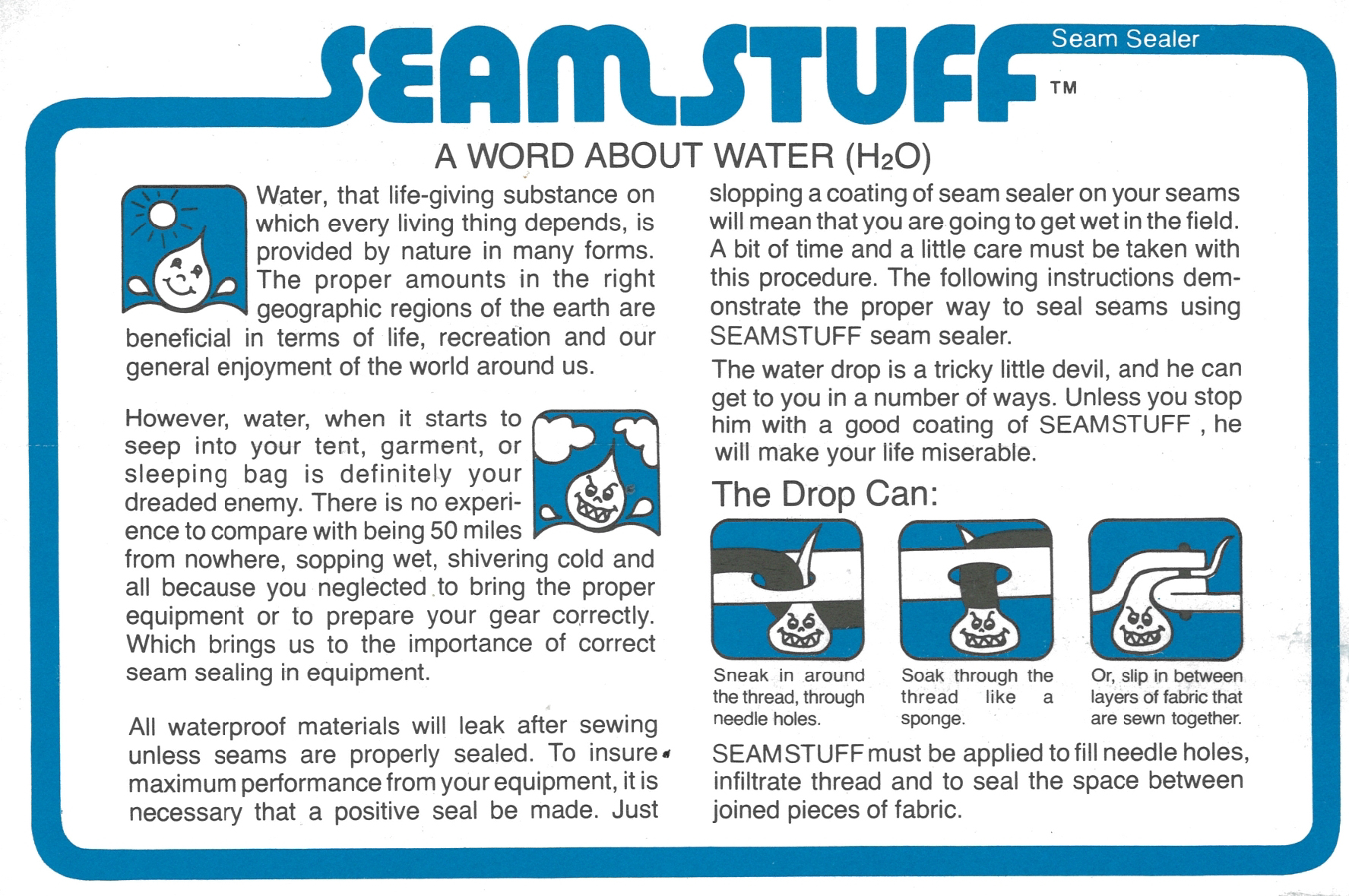 Our customers could take the lead on design and we would work with them to ensure those designs could perform as promised by subjecting them to same simulated rain tests as before. Since that time, testing methods have become more sophisticated and research into comfort science has accelerated as we continue to partner with our customers to push the boundaries of what is possible and continuously improve the performance of our products. At the heart of everything we do is still the same commitment to product integrity that led Bob Gore to shut down production back in 1978 when we discovered that our fabric hadn’t lived up to our expectations. And we are still guided by Bob Gore’s promise that our products actually do what we say they will do.