How to Read Topographic Maps — and Why You Should Learn!

While they may look intimidating, all hikers should learn how to read a topographic map. Why? Well, even though physical maps show the landmarks of an area, they’re not very good at showing elevation. Instead of using a specific system for showing the height, specific colors on an ordinary map stand for ranges of elevation (e.g. green can indicate 0-2500 feet). When you’re relying on a map for your safety, wouldn’t you prefer something a bit more precise? That’s where a topographic map comes in handy.

What is a topographic map, and what is it used for? 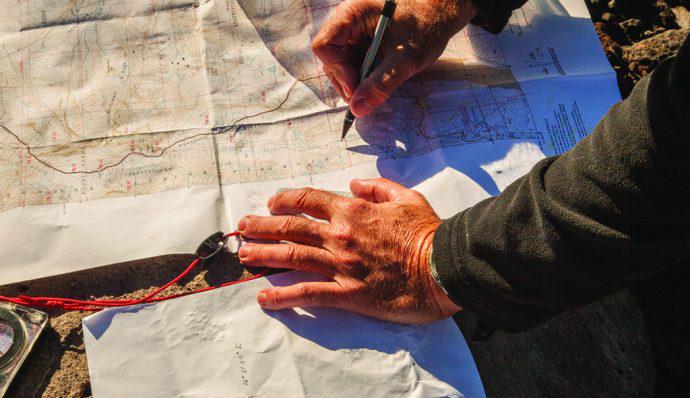 Topographic maps are two-dimensional representations of a three-dimensional landscape. They show the basic landmarks of the area:

The most useful feature of topographic maps is the precise way that they portray the shape of the land. These maps are designed to show where the terrain will rise and fall and how quickly it will do so. This can help you decide how to tackle a mountain or a valley — or if you want to! This means that topographic maps are handy tools for hikers, but they’re also used by government agencies to help with urban planning and development, mining, and in emergencies or rescue missions.

Parts of a topographic map

In order to understand how a topographic map works, you have to be familiar with its parts. The most important part is the legend, which shows:

There are also colors and symbols to take into account when reading a topographic map. These will be listed in the map’s key or legend, but familiarizing yourself with them will save you time.

One of the most important features of a topographic map are the contour lines, which are shown in brown.

How do contour lines work?

How do you determine contour intervals?

Even though contour lines can be close together or far apart on the map, the space between them represents the same change in elevation. That change in elevation is called the “contour interval,” and it’s the same for the entire map. It will be listed in the margin of your map for reference, as the contour lines usually won’t be labeled themselves. Sometimes, however, there will be index lines to help you out. Since there can be many contour lines on a single map, every fifth line (the index line) will be labeled with an elevation. To help you spot them easily, they’ll be thicker than regular contour lines.

How to read a topographic map

You next want to put your knowledge of contour lines and intervals together to figure out what they mean. For instance:

This helps you plot your best course across the landscape — if you want to take it easy, you can avoid difficult climbs, whereas if you want a challenge, you can head toward more rugged areas. By noting the many landmarks these maps list, you can ensure you don’t hike into unsafe areas like mineshafts or caves, and you can determine where to make camp by knowing where forested areas with water sources are. You can also determine what supplies you’ll need by analyzing the area. As you can see, topographic maps are incredible resources. Any hiker should have one on their list of essentials and know how to interpret their information. Hopefully after reading this guide, you feel confident and ready to take on your next adventure. Related: Hiking Tips For Beginners