Mollie Hughes: What it is Like to Ski the South Pole 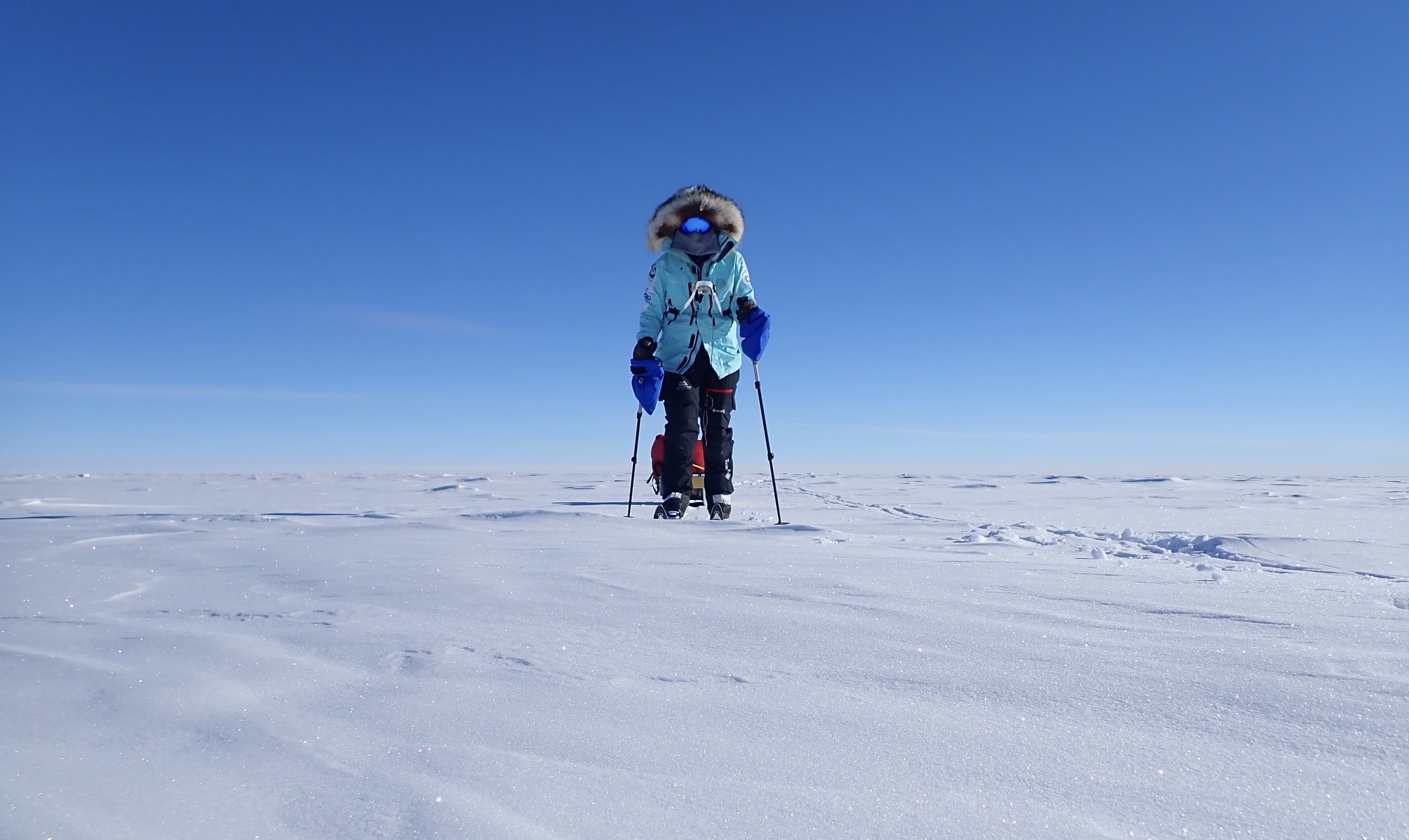 58.5 days of skiing solo to the South Pole: The world record breaking expedition of Mollie Hughes

See how Mollie fared and how we worked together with Mountain Equipment to create the right clothing for this extreme undertaking:

Mollie relied on her own mental and physical strength, putting her trust in herself, the support team at base camp, and the partners who had helped her reach this point. The British outdoor specialists from Mountain Equipment, together with the experts from Gore, developed the garments for Mollie’s expedition. Richard Talbot, product and marketing director said:

"If your kit fails, you are potentially a long way from help. You are completely relying on your gear.“

They chose the cutting-edge and best-performing textile technology: the lightest, extremely breathable yet very robust GORE-TEX Pro. The reasons for this choice were clear - the functional waterproof GORE-TEX garment technologies stand first and foremost for one thing: waterproofness.

Water isn't the problem in Antarctica (at least not falling from the sky as a liquid). The key reason to choose GORE-TEX Pro was due to another feature of the technology: it is windproof! It is also extremely breathable, super lightweight with a 30-denier face textile and is very durable. GORE-TEX Pro also stands up to very low temperatures and still performs perfectly when the temperature drops to -50°C. Everything had to perform. Without failure. Without backup. Without compromise.

“The expedition started very well. For the first two hours or so.”

Mollie departed from Hercules Inlet in Western Antarctica on Wednesday 13 November 2019 with 702 miles between her and the Geographic South Pole. In the beginning, it went well – at least for the first 2 hours. Then things turned for the worse. “I had whiteout conditions for the first 8 days straight,” says Mollie. Harsh conditions with strong winds slowed her down in those early days. She was very behind schedule. Every morning she got up and hoped that the weather would become better, before entering the hostile environment outside the tent. “The clothing I was wearing was one of the most important things. My armor that I put on every morning and then I would go out in these horrible conditions.” 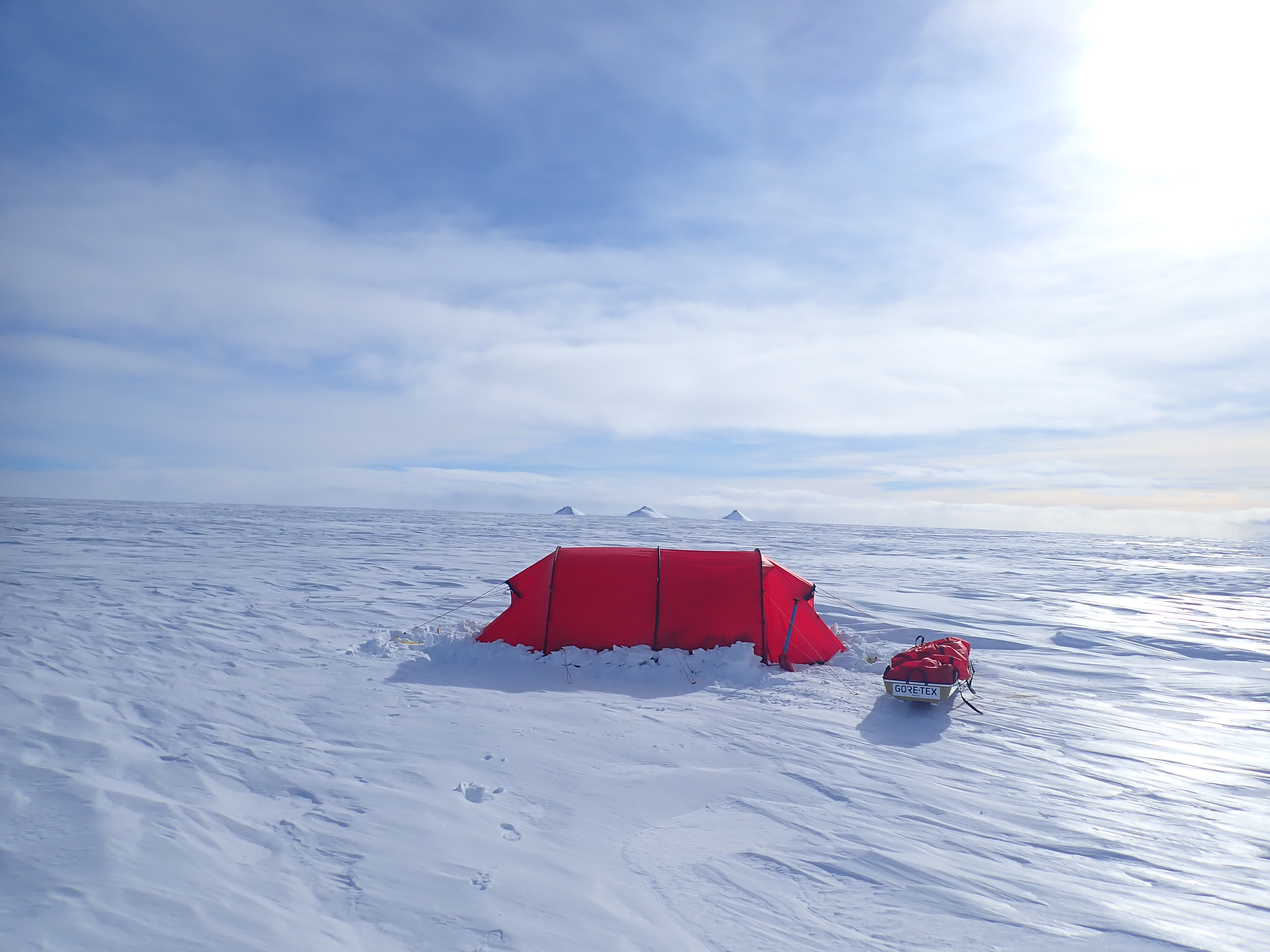 Despite this initial setback, Mollie battled on. During the expedition, she pulled a sled weighing 105kg and skied alone for between 10 and 12 hours a day. To sustain her energy levels, Mollie consumed around 4,500 kcal per day, more than twice the average daily amount for a woman. Despite this, she still lost around 10kg during her expedition.

“The GORE-TEX Pro jacket and salopettes that we made really did help me succeed in Antarctica.”

On Friday, January 10, 2020 at 8:50 am (Chilean time), Mollie Hughes successfully reached the South Pole after 58.5 days and 650 hours of skiing. In doing so, she became the youngest woman to ski solo from the coast of Antarctica to the Geographic South Pole. 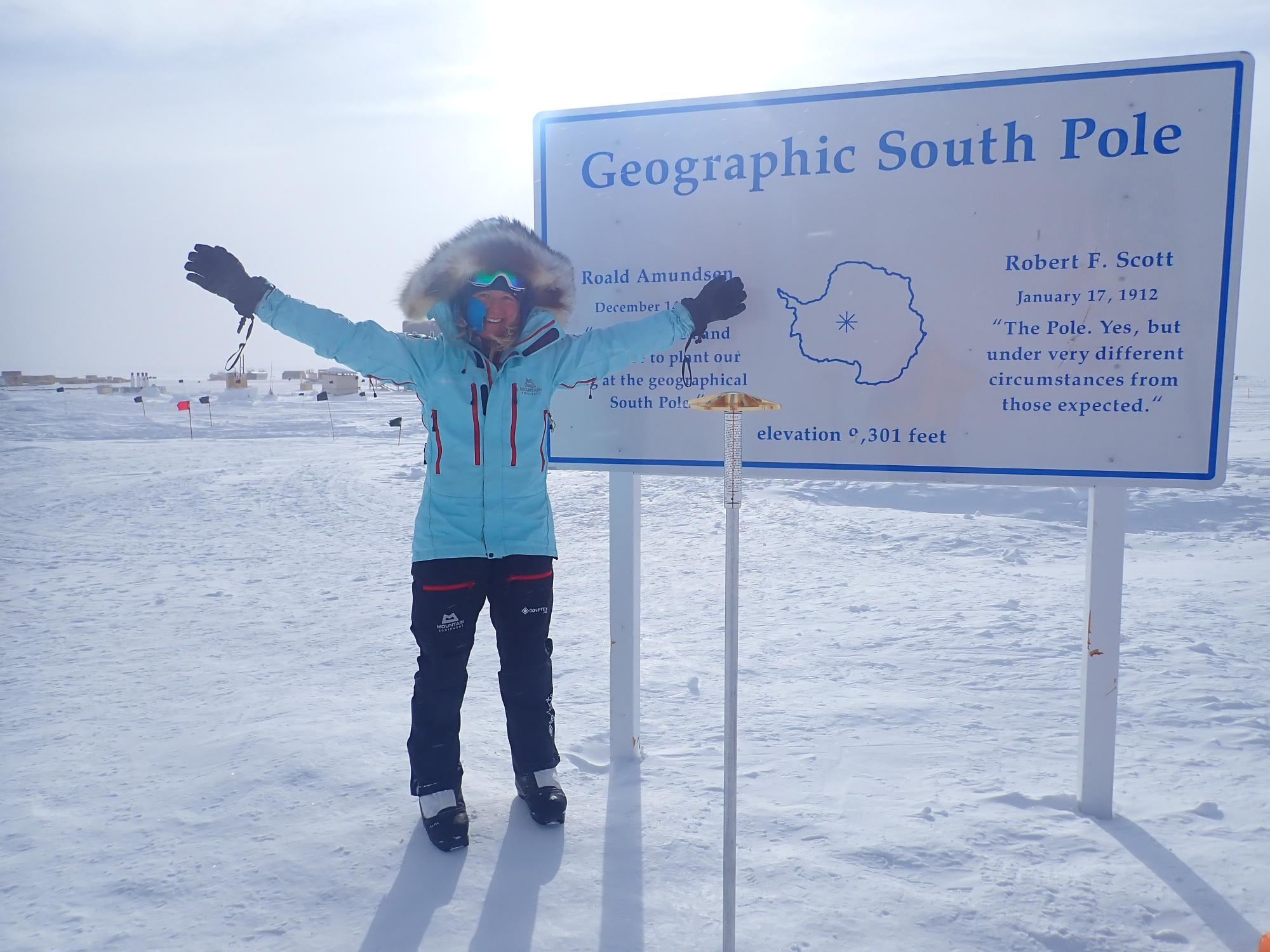 Mollie Hughes becomes the youngest woman in the world to ski solo from the coast of Antarctica to the South Pole. The feat means Mollie has achieved two world records; in 2017, aged 26, she became the world’s youngest person to climb both the north and south sides of Mount Everest, the world’s highest peak. Find out more about Mollie’s expedition at www.molliehughes.co.uk or on social media @molliejhughes.