Our headlamps lit the caves that collapsed away from Cave Creek, stony throats flooded with frigid, purling waters, an anomaly on the desert's edge. 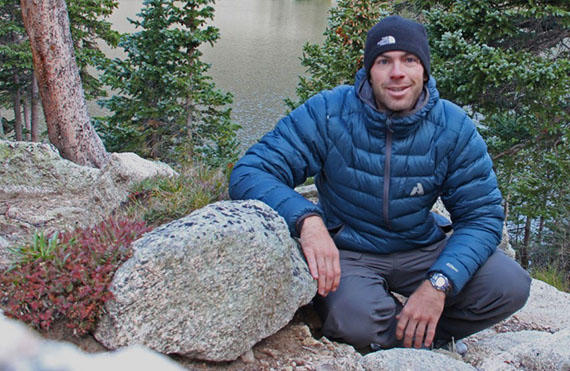 Two friends and a dog had tramped two miles with me to explore the creek's dark innards. But now it was time to send me off into northern New Mexico's solitary wilderness. After the lively hike together, we parted subdued. Though I wouldn't see another person or speak for two days, this moment of separation was my loneliest. In many cultures, a solo wilderness journey is an important rite of passage meant to help discover inner-strength, self-identity and belonging. I needed a similar dose of self-discovery and one last challenge before the cold hit. And, despite extensive camping experience with others, I'd never slept alone in the backcountry. So I embarked on a quest that would take me some 25 miles in three days across the 220,000-acre Pecos Wilderness. Now that I was alone, I found my dampened spirits rising with the trail that was shrouded with old stands of bristlecone pine, corkbark fir and aspen. Purple mountain asters lit the undergrowth. Deer cavorted in the trees, 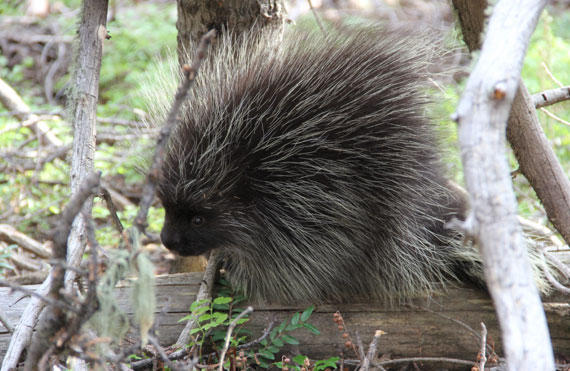 and a shy porcupine scooted across my path. Still the miles felt long. The sun slung down from noon, and as the trail steepened, my pack seemed to grow heavier, my legs more tired. By early evening I'd ascended to a horseshoe bowl in the Sangre de Cristo's rocky spine where the moss-hued Lake Johnson sat under a green spruce mantle. I lay my tarp and bag in a mulch-strewn clearing above the shore and lit a fire. The whiskey jacks chattered and eyed me, the only human for miles. I watched them back in contented silence.

Trunks swayed and creaked, and it seemed every sound was a bear lurking behind me, every shadow a cougar ready to pounce."

As night sifted through the trees, the woods turned ominous. Here was my psychological test. Trunks swayed and creaked, and it seemed every sound was a bear lurking behind me, every shadow a cougar ready to pounce. I was a visitor here, and I understood a little of that fear the world instills in the solitary. But wasn't I also an essential part of nature? What, I wondered, was I made of? I woke to the flitting wing slaps of the whiskey jacks vectoring overhead, tree to tree—curious shadows looming over whatever giant worm lay cocooned in this blue bag. I felt rejuvenated and donned my pack, still heavier than I'd hoped. The second day in wilderness elicits a greater awareness of my surroundings, almost without thought. It's also the tender period when sore muscles have not yet hardened to their task. I made the blissful, grueling climb to 11,742-foot Lake Katherine, a blue alpine tarn flanked beneath the thousand-foot talus slopes of Santa Fe Baldy where bighorns browse. The view along the way offered respite for my mind, though I pushed my weary quads onward and stopped as little as possible. When I reached the lake haven, I knew I'd earned its beauty, and for a while I just sat on a rock, pack tossed beside me, and watched the light and shadow play on the stone faces.

I chose a shallow depression beside a massive boulder as my shelter for the night, the clear lapping waters a short tumble below. In the evening a small group made camp on the slopes of the opposite shore. Wood was scarce on this side, so I built no fire. Theirs flickered comfortingly. Faint voices skittered across the expanse to keep me company. Happy in my solitude, still I wrestled with nature. That night I woke to the sound of a bear grumbling in the rocks behind me and shined my headlamp into the darkness. Nothing. I had only dreamed it. 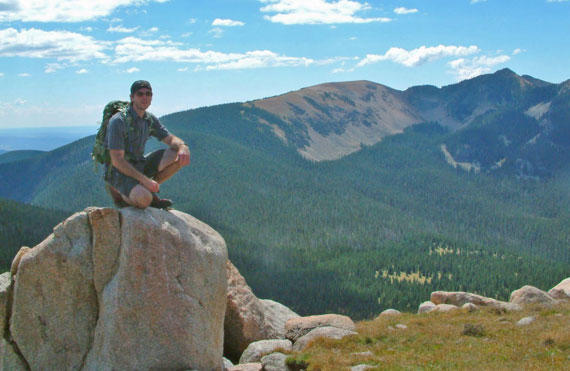 On the last day, my pack dug into sore hip bones, tugged tired shoulders into submission. The pain was getting easier to ignore. Despite the extra miles, I decided to spur off to 12,622-foot Baldy. At the peak's saddle, I hid my pack in a copse, trudged up the craggy trail, and summited. The whole expanse of Santa Fe's high desertscape sprawled below me, Albuquerque's melon-humped Sandias in the vast distance. I wondered how things would change for me down there at the end of my journey. But as I descended the final miles, I discovered that I didn't need those answers. In the mountains I found new strength through each challenge, renewed peace in addressing life's twists as they come. Back home, too, that would be enough. The rest would reveal itself in time.
Share article on