The views from the soaring ridges of New Zealand's South Island rival any in the world.

And the Kepler Track, one of the country's “Great Walks," is among the best places to watch the Southern Alps stretch out below you. 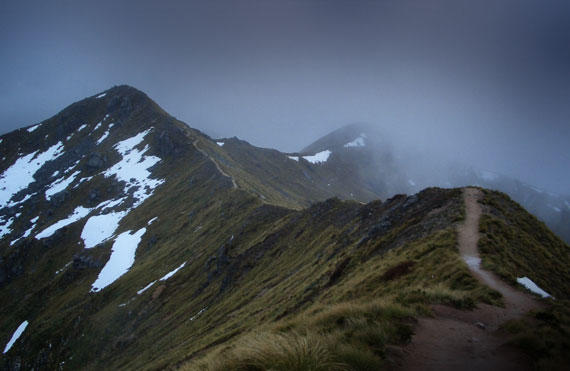 That's what they say, anyway. I walked the entire 60 kilometers and didn't see a thing. Not a single thing. Peter and I were exchange students nearing the end of our semester abroad and were trying to cram in as much of the landscape as we could before it was back to the stateside grind—hence our plan to tackle the famous Kepler Track in one night instead of the usual three. That plan remained intact even as the Austral spring skies unloaded biblical amounts of rain on the drive toward the town of Te Anau. Upon arrival the track was closed on account of the weather, but there was a chance the morning could bring a gap in the rain. We'd packed our $250 car extremely light—almost to the point of being ill-prepared—in a speed-vs.-comfort compromise. As I would unfortunately find out soon enough, our comparative fitness levels could be described in much the same way. 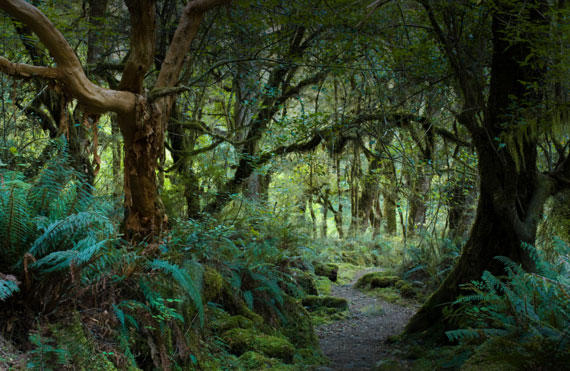 Authorities deemed a lightening of the rain adequate to re-open the trailhead and we quickly lit out on the path before they changed their minds. The 12 hours ahead would be a grinding, forced march regardless of the weather. Ever so briefly we glimpsed the imposing flank of Mt. Luxmore ahead of us. Even the heavy cloud cover couldn't hide a nearly vertical elevation profile—one that provided the kind of high alpine views that drew backpackers from around the world to the edge of Fjordland. New Zealand's Great Walks are nine federally managed tracks around the island nation that represent some of the best hiking on the planet, ranging from long beachside routes along the Tasman Sea to trails through the South Island's rugged alpine terrain more reminiscent of France or Germany. That Bavarian atmosphere might've explained how quickly Peter was receding into the distance, powered by Teutonic legs and a chipper obliviousness to the weather. As the trail tilted up the clouds closed in tight, and I was left to imagine the stunning views falling away all around. I'm sure he said something about "being safe" or "you're doing great," but what I chose to hear as he disappeared was "I won't be waiting." And he didn't. 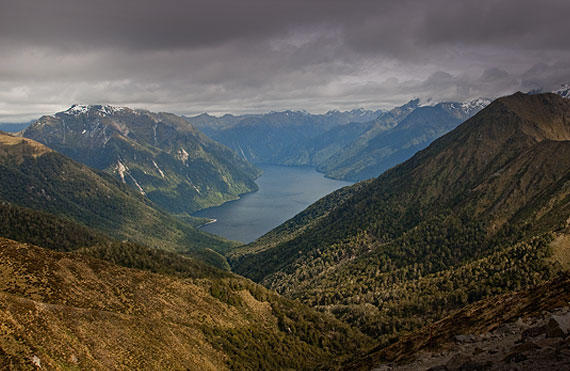 With Peter long gone, I had little more than the occasional Kea (a large alpine parrot) for company, and the 12-hour, 4,000-foot race to the top of Mt. Luxmore was rewarded with the exact same view I'd had at the trailhead: clouds. Completely gassed by the effort and the letdown of a once-in-a-lifetime hike skunked by bad weather, I took solace in the fact that it was all downhill from here. Or should that be uphill? I limped through the drizzle in the zombie state that accompanies bone-deep exhaustion until the day's dim light was nearly extinguished. Finally, I caught a glimpse of the hut that would shelter us for the night. As I neared shelter, a park ranger type appeared, heading my way; apparently I'd been slow enough to raise some concern that I might've abandoned the hike. What I could have done in this weather is beyond me—perhaps build an ark?

What I could have done in this weather is beyond me—perhaps build an ark?"

"Everything all right, mate?" he asked. I'm not even sure I responded, just flashed a thumbs-up and let my battered appearance answer. On day two, we took it slow on account of blisters earned on the previous day's trek and tried to look at the upside of a weekend in the mountains, even if it wasn't the postcard-worthy walk we'd expected. At the very least, it was a reason to come back. The backside of the Kepler Track is a steady walk out of the Iris Burn Valley along the shore of Lake Manapouri—beautiful, sure, but a long way from the mountaintop. Even as we walked out of the valley we debated whether we could make another attempt in our limited time. But it was nearly Christmas, and bizarre though it seemed, that meant summer was coming, and so was the plane ride back to our native countries.

As we approached the trailhead, our hats pulled low to block the day's blinding sunshine (that's right), we talked about when and how we might return to New Zealand, perhaps to tackle more of the Great Walks and their respective vistas — provided we could, of course — see them. I haven't been back yet, but whenever it happens at least I'll know what I'm looking for.