Running together over massive Alpine peaks, pushing the limits of our abilities while defying wind and rain and in the end, feet taped, falling into each other's arms full of joy - this is the essence of the Transalpine Run by GORE-TEX (TAR). August 31 is the starting signal for the next edition of this challenging and spectacular Alpine crossing on foot. And this year there's even an anniversary to celebrate. Soon, when the two-person teams set off on the unique trails over continental Europe's greatest mountain range, we'll be celebrating 15 years of team spirit, sweat and tears (of joy). 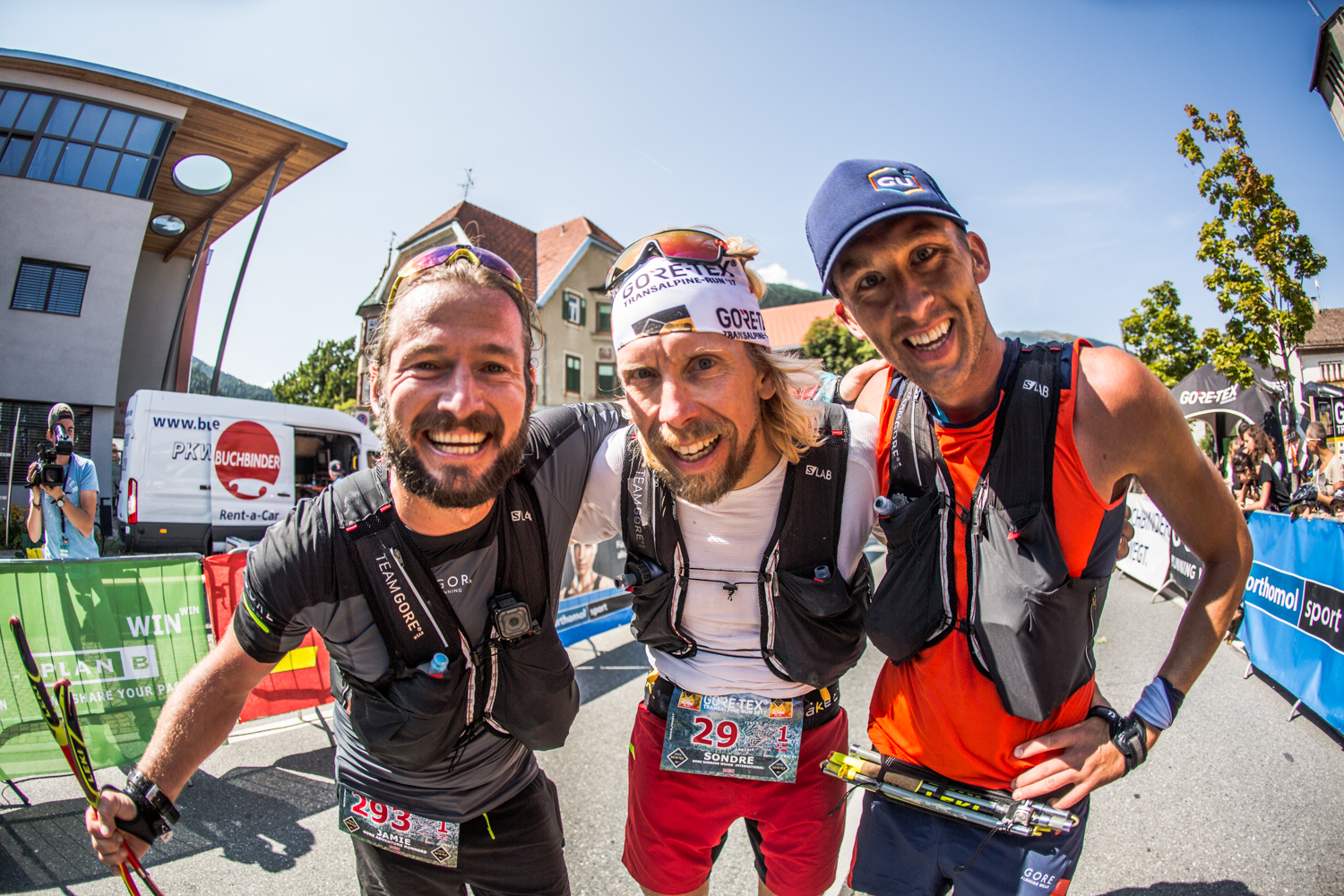 Uphill and downhill, over and over, the TRANSALPINE RUN by GORE-TEX has it all

The challenge of this legendary mountain crossing is hard as nails: over eight days of competition, the teams have to cover a distance of 272.7 kilometers and master a staggering 16,162 meters of ascent and 14,407 meters in descent. Intense emotions are guaranteed when around 300 pairs of runners go through the highs and lows of the race, quite literally.

Just like the first year: the TAR 2019 takes the legendary western route

For this anniversary year, the organizers have revived a part of the original route from 2004. As in the very first race, one and a half decades ago, the starting signal for the TAR 2019 will sound in Obertsdorf in the Allgäu region. And just like then, over the course of eight days participating teams will follow the legendary western route through four countries to Sulden in Italy, at the foot of the Ortler. 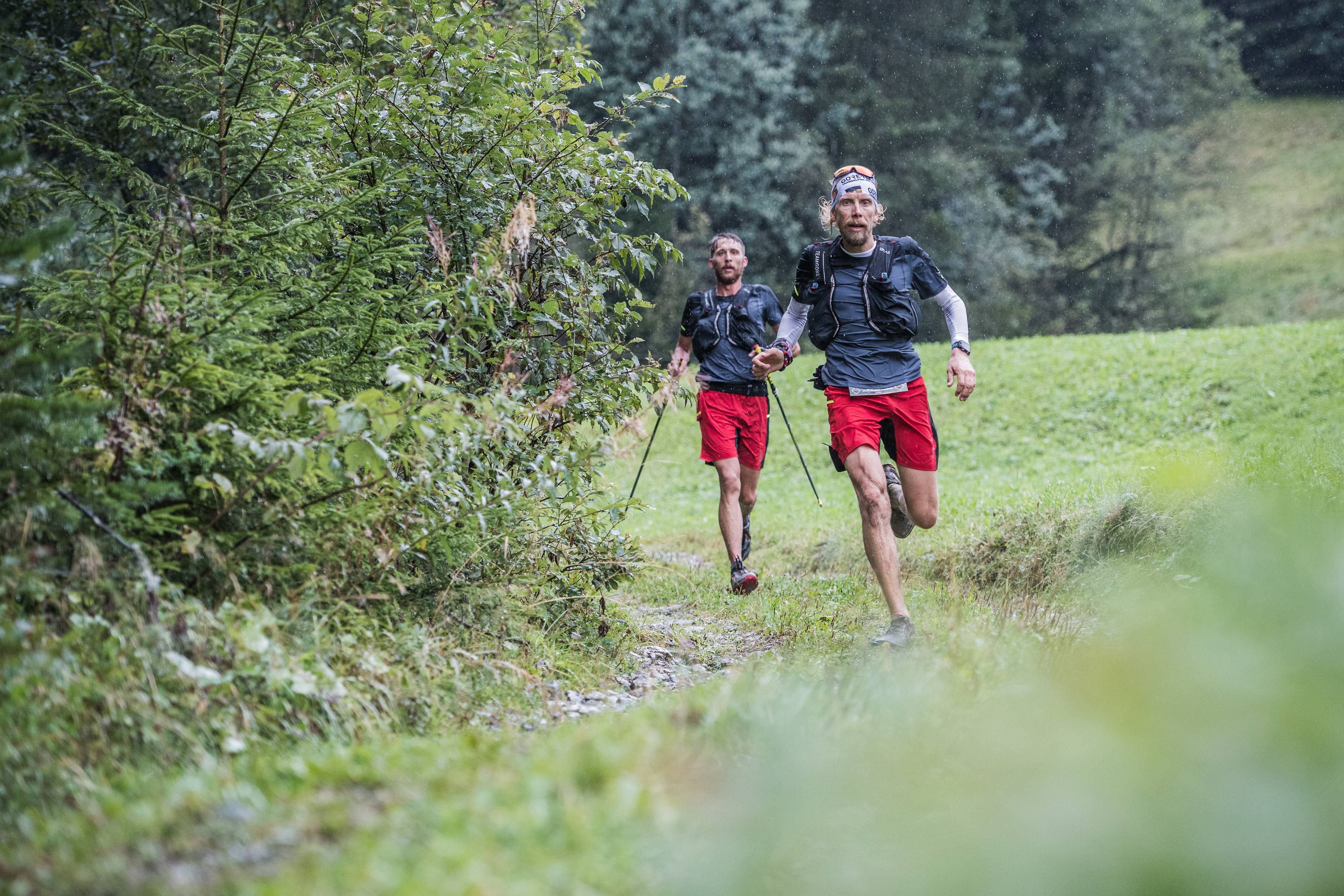 Choose your level: Run2 or a complete Alpine crossing

On day one, the runners already face a climb of more than 2,343 meters, as they make their way from Oberstdorf in Germany to Lech in the Austrian Vorarlberg. On day two, the finish line lies another 1,787 meters higher on the other side of the Arlberg in Tirolean St. Anton. This is the finish line for around 150 teams already who've joined the Run2, established last year to give just a small taste of the much bigger dream of a full Alpine crossing. For those who dare to take on that full journey over the Alps with the TAR, the race is really just beginning. On days three and four, the trail makes an ascent of 1,981 meters to Landeck in Tirol and finally another 2,895-meter climb to Samnaun in Swiss Graubünden. Here it's half-time for the TAR. 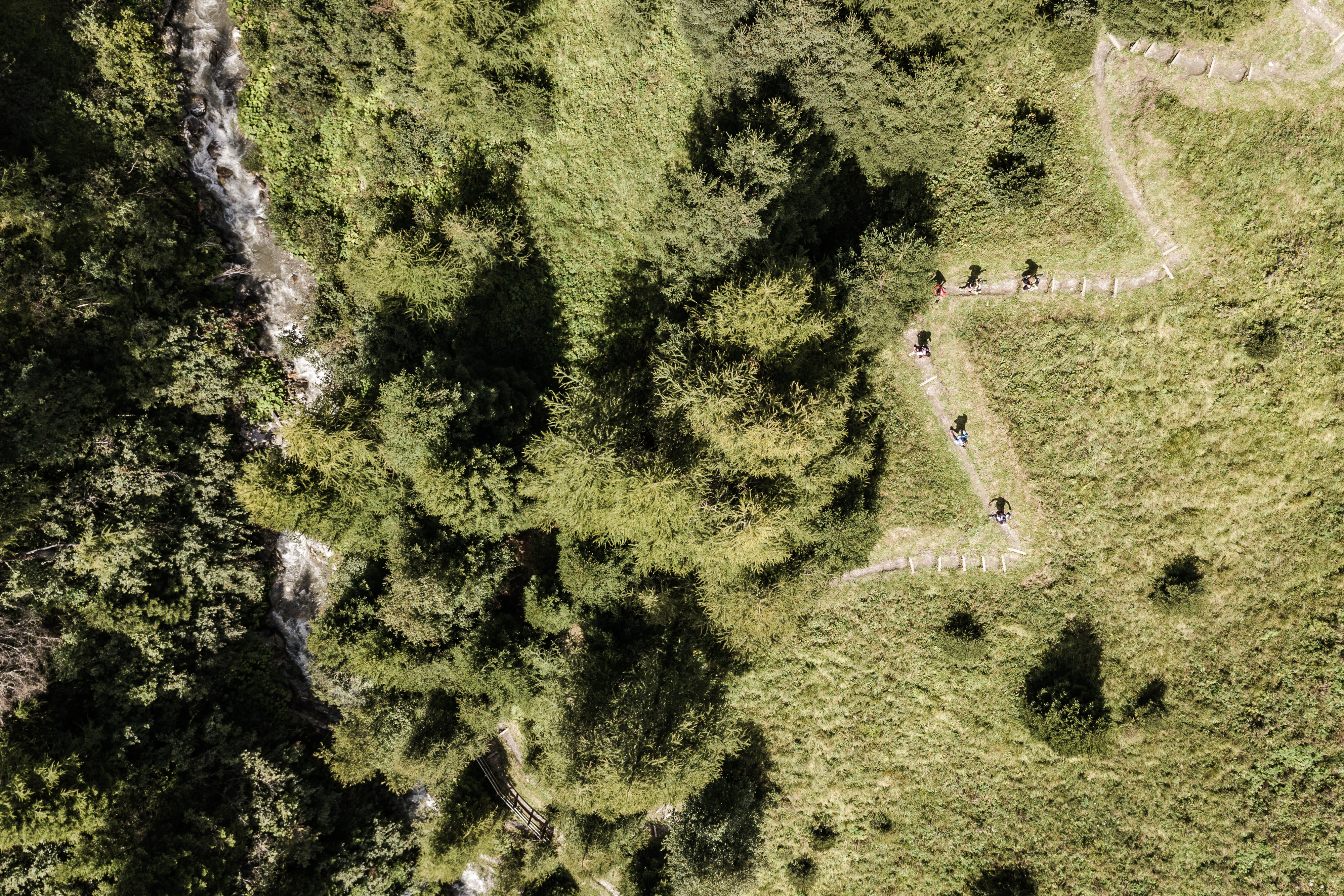 Revived for this year: the mountain sprint stage, which rings in the second half of the race. Over this relatively short route (about 7 kilometers) with a moderate altitude difference (834 meters) from Samnaun to the Trida Alpine pass, teams have the chance to really pick up the pace. The next day, it's on to Scuol in the Lower Engadin region. During the seventh stage, the sight of the Ortler summit brings an early hint of the finish line, and by the end of the day, the route already reaches the Italian village of Prad am Stilfser Joch. For the teams who've successfully made it this far, the eighth and final stage ends on September 7, with the final race to the finish line through the winter sport resort of Sulden in Southern Tirol at the foot of the King Ortler. What a feeling! 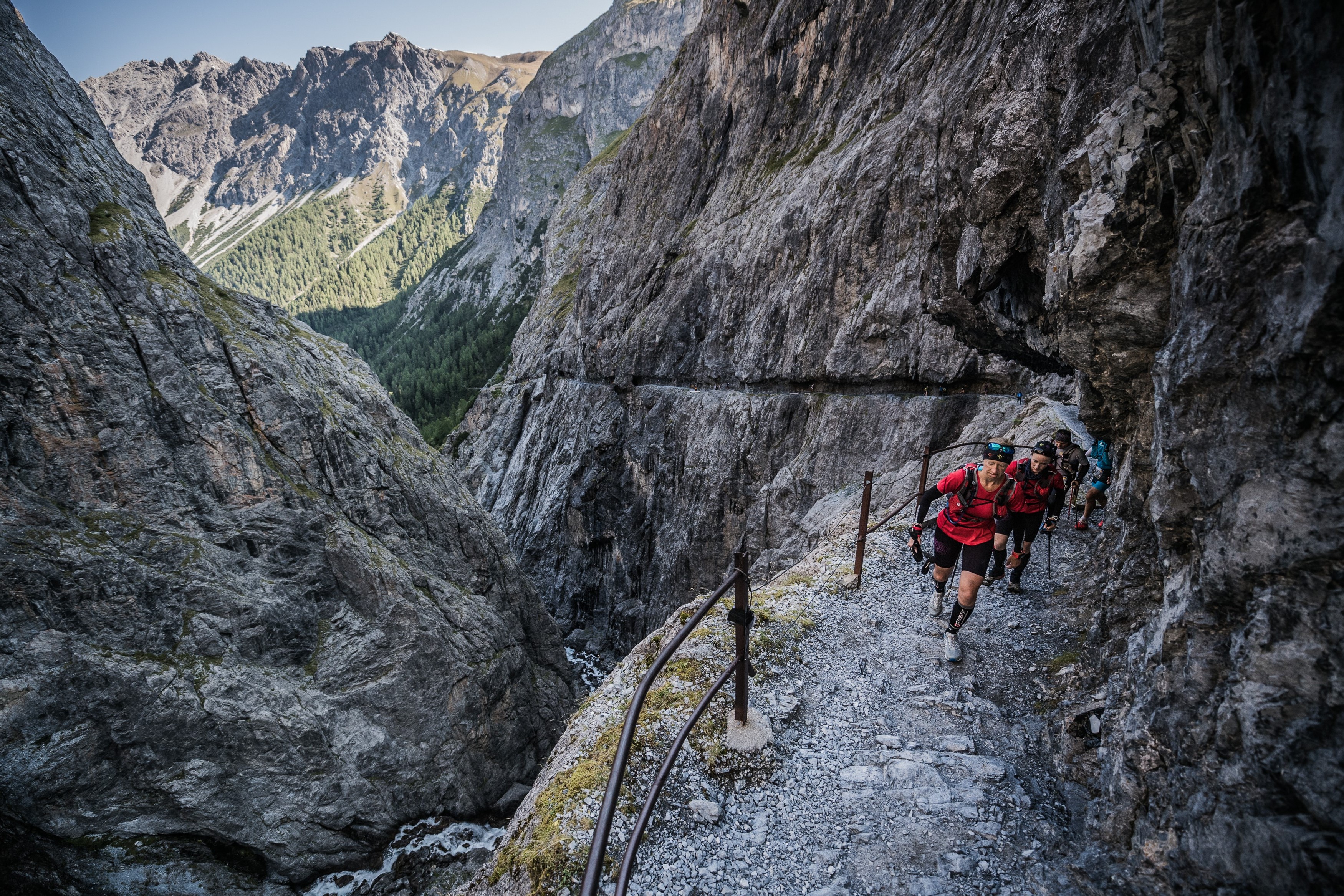 You'll find more information on the route and registration as well as impressions of past races here: 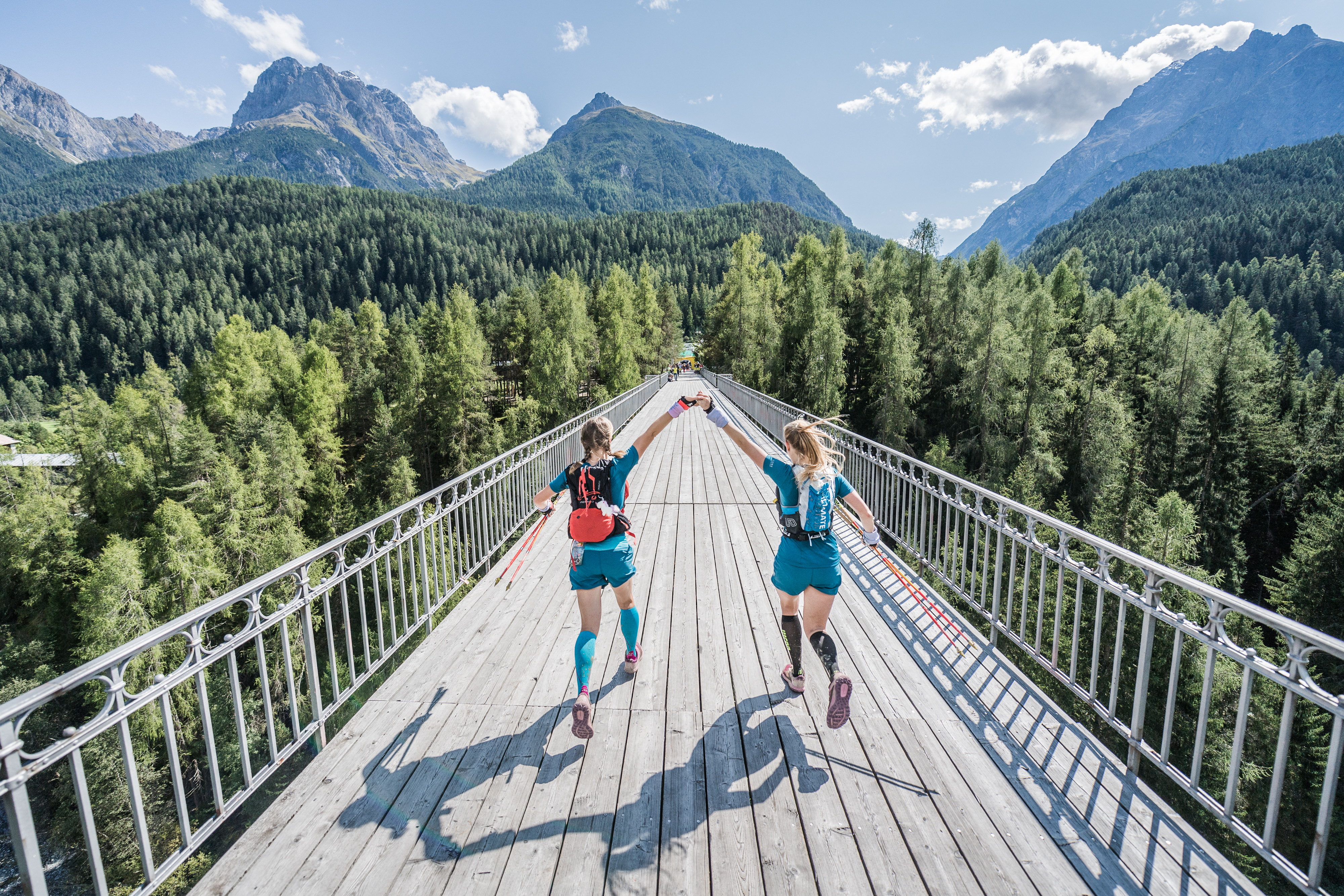 Helga is a curious free spirit who can find something to love about almost any topic. In her career as a journalist, she's sat with Neil Armstrong and the Dalai Lama in the studio, coordinated shows on topics as diverse as the run on Mount Everest, politics and papal elections. Helga's been working as a freelance author and editor in the Gore universe since 2016 and is excited to regularly get to know daring adventurers and inspiring people. A perfect day for Helga is spent outside in the Bavarian Oberland: first a climb to the top of one of the local mountains, then a rest between red geraniums against the warm wooden clapboards of an Alpine chalet and finally a dive into the breathtaking blue of a clear Alpine lake. It's a good thing her routine works out well with two young children in tow.