Even the best internet streaming cannot replace the cinema experience, something we have all learned over the last year and a half. All the more reason for creatives, doers, film makers and, of course, viewers to be delighted that it's finally resuming – experiencing great adventures on the big screen!

But it's not just European because the 20th E.O.F.T. anniversary tour is going around the world no less. And the GORE-TEX brand is again supporting it, as it has done for many years. Alpinist Caro North is the face of this year's film tour. She takes us into her world of mountains. Then we experience a unique highline project from the perspective of a professional alpine photographer. It goes without saying that good pictures are created in the process.

A wingsuiter enhances his own impressive images with poetry. A Frenchman (the French often do the really crazy things) crosses the Amazon jungle on the trail of a lost explorer and almost starves to death. There's not lots to see, but lots to feel. Nasim Eshqi summed it up with "I wish I was there". She was not referring to the Amazon, but to the "Alte Kongresshalle" venue in Munich. 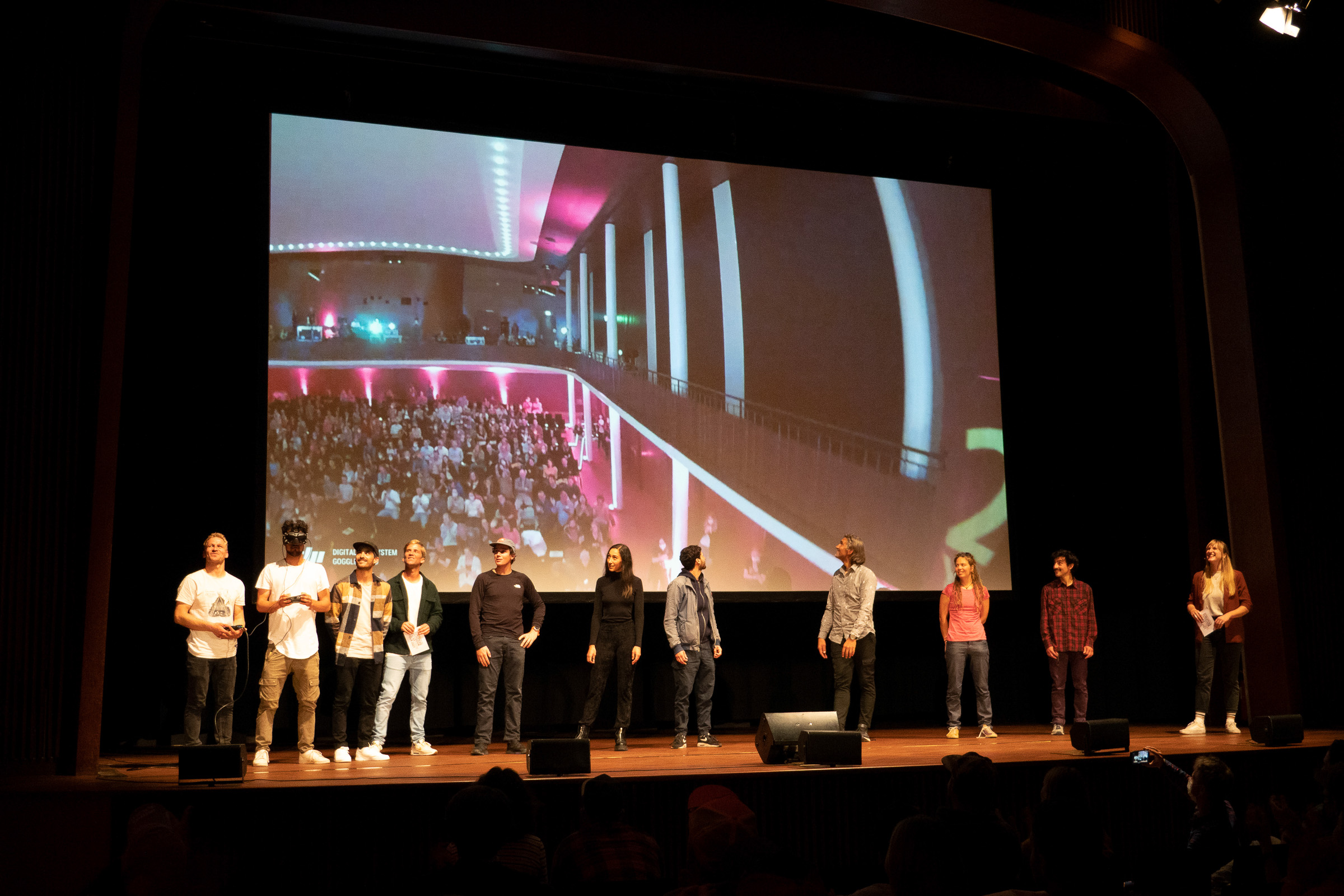 Several hundred guests were present at the première, but Nasim was linked in – live from Iran. She greeted the enthusiastic audience while sitting in front of the webcam in a dirndl. She shows what is possible for women in Iran – provided they have the necessary determination, willpower and passion for climbing. Jonas Deichmann rounded things off. He also reported live, linked in from Mexico. He is currently recuperating there before setting off on the final leg back to Munich. He will be back at the end of November and will have completed 120 Iron Man distances in a row – in his triathlon around the world! 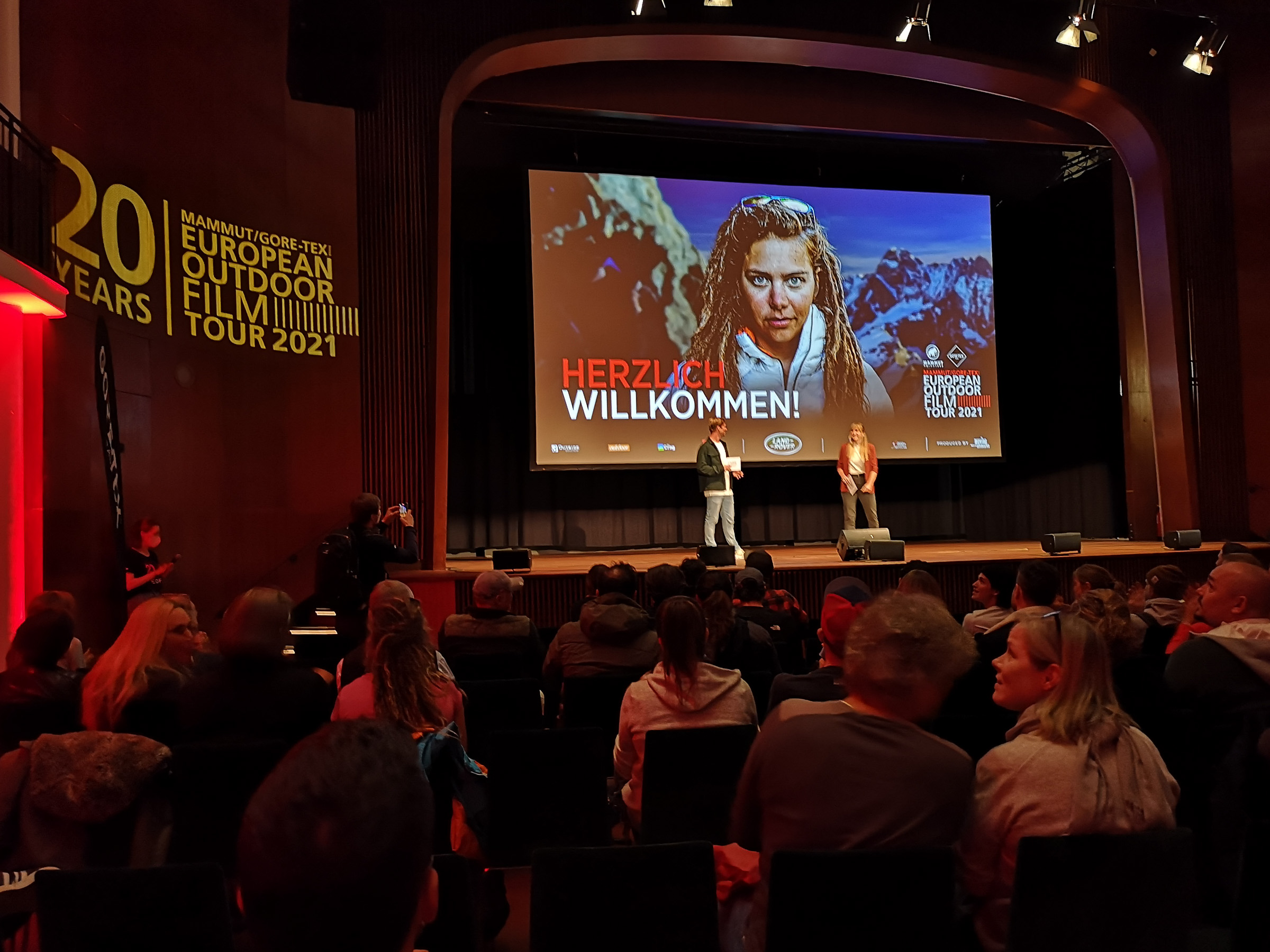 The long and entertaining evening ends with a snowboard film. When a world-class rider and a snowboarding film pro get together, they produce something you just have to see. The experimental drone footage conveys the joy of deep snow directly to the audience. The clocks are now set to winter time. And we are looking forward to snow all the more after this appetiser – and are doing our utmost to make sure the snow keeps coming.