Reaching my limits while ice climbing

In nature, I can live to my fullest and focus on myself at the same time. For others, being in nature means going hiking or something similar but for me, it is ice climbing - it has been my passion for years. Looking back at it, I know it was an act of concentration, as well as inner and outer strength. When I first heard of the GORE-TEX Tryout Challenge for Associates, I immediately knew that my passion for ice climbing would perfectly fit this challenge. My name is Michael, I am from the U.S. but I’ve been living in Germany for many years now. The alpine surroundings of my town are the perfect place for adventures during summer and winter. 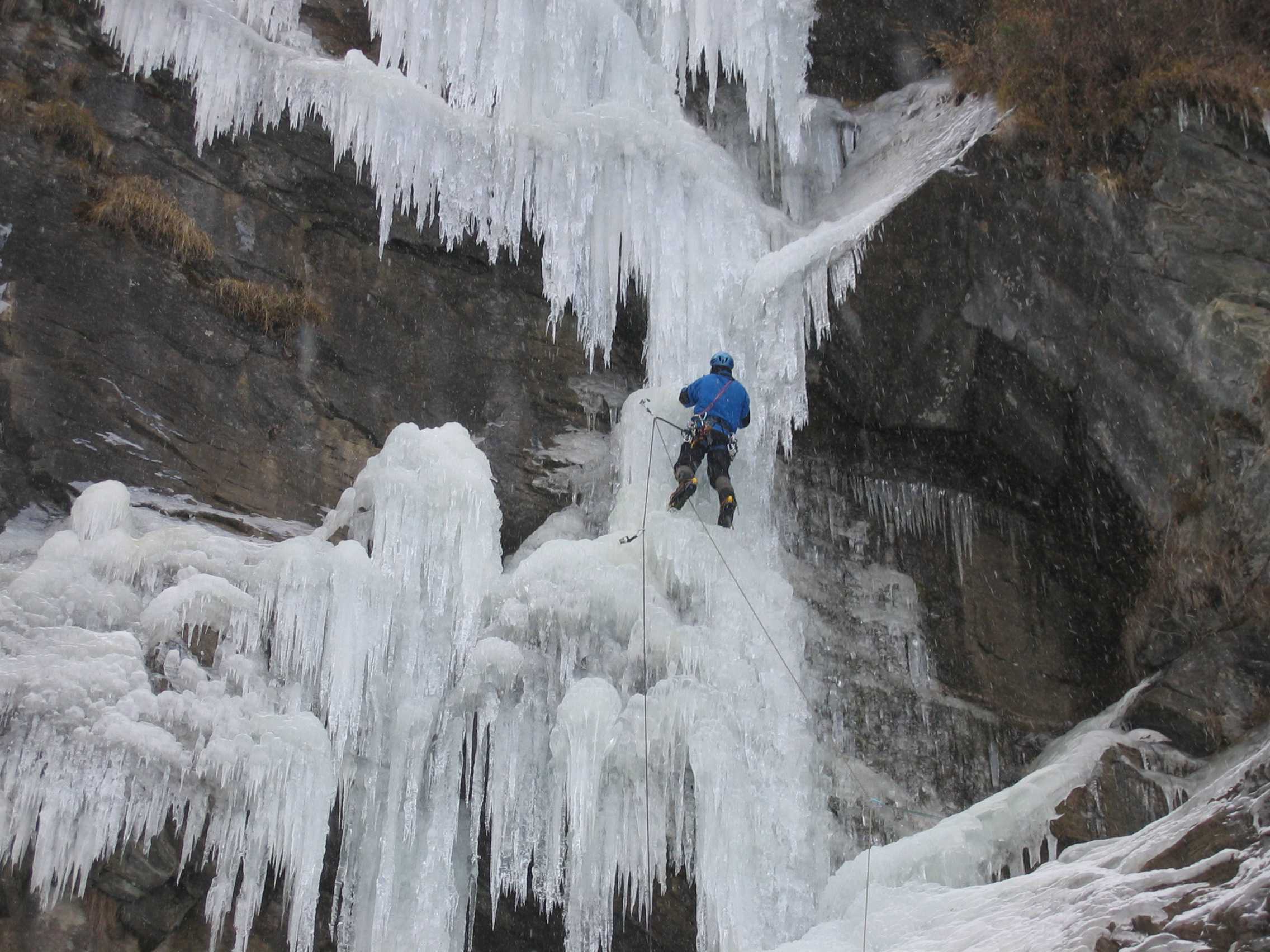 As a member of the German Alpine Club, I got the opportunity to participate in one of their organized training courses for ice climbing which was being held all over the world. Since I was a rock climber already, I decided I wanted to try ice climbing for once. I found a course, I booked it, and the rest is history – that was around 15 years ago.

Back then, over a whole decade, I went ice climbing with a guide once a year for about a week in the Salzburg area of Austria. In fact, I learned to ice climb with a guide from Kaprun in Stubach valley. There is a dam up there which is an ideal place to learn. I visited Austria every year in January to spend a week ice climbing in different locations in the country.

Ice climbing is not climbing on a waterfall. Most waterfalls have too much water and can’t freeze over the winter. So, whenever you see a climbing rock in summer where water is dripping down, that’s where the ice actually forms. Basically, the water freezes directly to the rock and the water still drips down at certain spots which makes ice climbing often feel like a big icy shower! Back in my more active days, I seized every opportunity I could to climb one of those icy rocks. It is very physical but also mentally demanding because you willingly put yourself in a dangerous, terrifying position.

Sometimes you can really feel the fear going up your spine to your brain. You have to really focus on what you are doing which in real life you never really have to do to this extent. When you put yourself in a position like that; it’s not only a feeling of fear but also a fantastic feeling, especially when it is over. It’s actually very difficult to describe when you’ve never done it before.

Some people meditate to be present in the moment; this is my meditation. You don’t think about anything else – it’s something we don’t normally get in our daily lives. Before COVID-19 I used to travel a lot and hope these times come back. Also, I am a big fan of running and hiking. I hike in Southern Germany and do almost all my ice climbing in Austria.

I often reached my limits because ice climbing is not like rock climbing. You cannot get overhangs, they just don’t exist. I also often suffered in the cold because you sweat a lot and then have to stop for extended periods to secure your climbing partner, so, it gets very cold.

One pitch of the rope is around 50 meters high, and it takes four hours to do 50 meters. That’s fairly normal. You climb up, set up your place station; then your partners come after you - they are usually quicker. All of it takes a lot of training and preparation, like finding the right gear.

A couple of years of training

The picture above shows me having both ropes hooked into a carabiner – an ice screw, essentially. You have to set the ice screws yourself as you go up but you also have to replace them on your own. It’s not like rock climbing where you have fixed ones. With ice climbing, you screw them in by yourself and when your partner comes up after you, he takes them out. Of course, you always have to be prepared for the weather because you are out in open territory, not in a secure area. It took me a couple of years to go ice climbing without a guide because there really is a lot to learn. I took quite a few courses before I was able to go on my own. Even now I still think it’s scary every time I get out there – there is just so much to think about. Without a guide, you have to do all the thinking by yourself. It’s not like riding a bicycle, it’s really dangerous. Competitive ice climbing takes at least one or two lives per year. So, get a good guide or a school, and learn from them. Do not try to do this on your own because too many things can go wrong. In Austria, many mountain schools offer ice climbing courses where you can learn from a professional guide who has a lot of experience.

With GORE-TEX, ice climbing is a pleasure

A lot of water drips on you when ice climbing, so, I needed gear that kept the water off of me. When you get soaking wet, you can face some big problems. While climbing, you sweat a lot, so you need something that gets the moisture off as well. If you wear a regular jacket, you might not get very sweaty, but you will get wet because of all the water dripping down on you. Then, if you wear a plastic jacket, the opposite happens. In my opinion, GORE-TEX engineered material is ideal for ice climbing and I could not imagine doing it with anything else. I was wearing a Schoeffel jacket, Mammut trousers, Meindl boots and everything was processed with GORE-TEX fabrics.

For other exciting Tested For Life Tryouts stories, click here.