Stefan Glowacz and the Black Wall

The story of a long-term project

Since 17 years now, GORE-TEX athlete Stefan Glowacz and his buddy Markus Dorfleitner have their sights set on a special line on the Black Wall in the Wetterstein Mountains. Despite several attempts, a successful redpoint ascent has not yet been achieved. Especially during the "Corona Summer" the two climbing friends did not want to put all their eggs in one basket.

See here the video of Stefan's attempt to climb the Black Wall:

Mid May 2020: In Germany the strict exit restrictions have just been relaxed when Stefan Glowacz posts a selfie from a rock face in the Höllental on Instagram and writes: "We may climb! We are back in the game! Never ending story: long term project #BlackWall"

Anyone following Stefan Glowacz on his social media channels has long been familiar with the long-term project on the so-called "black wall". It's a project that has kept the adventurer from Bavaria busy since 17 years. The object of desire: a steep, over 300-meter-high, bare rock face in the "Höllental" (Valley of Hell), some of which is very overhanging. Mountaineers start through precisely this uniquely wild high valley in the Wetterstein massif on Germany's highest mountain, the Zugspitze. But this peak is a minor matter for Glowacz and Dorfleitner. 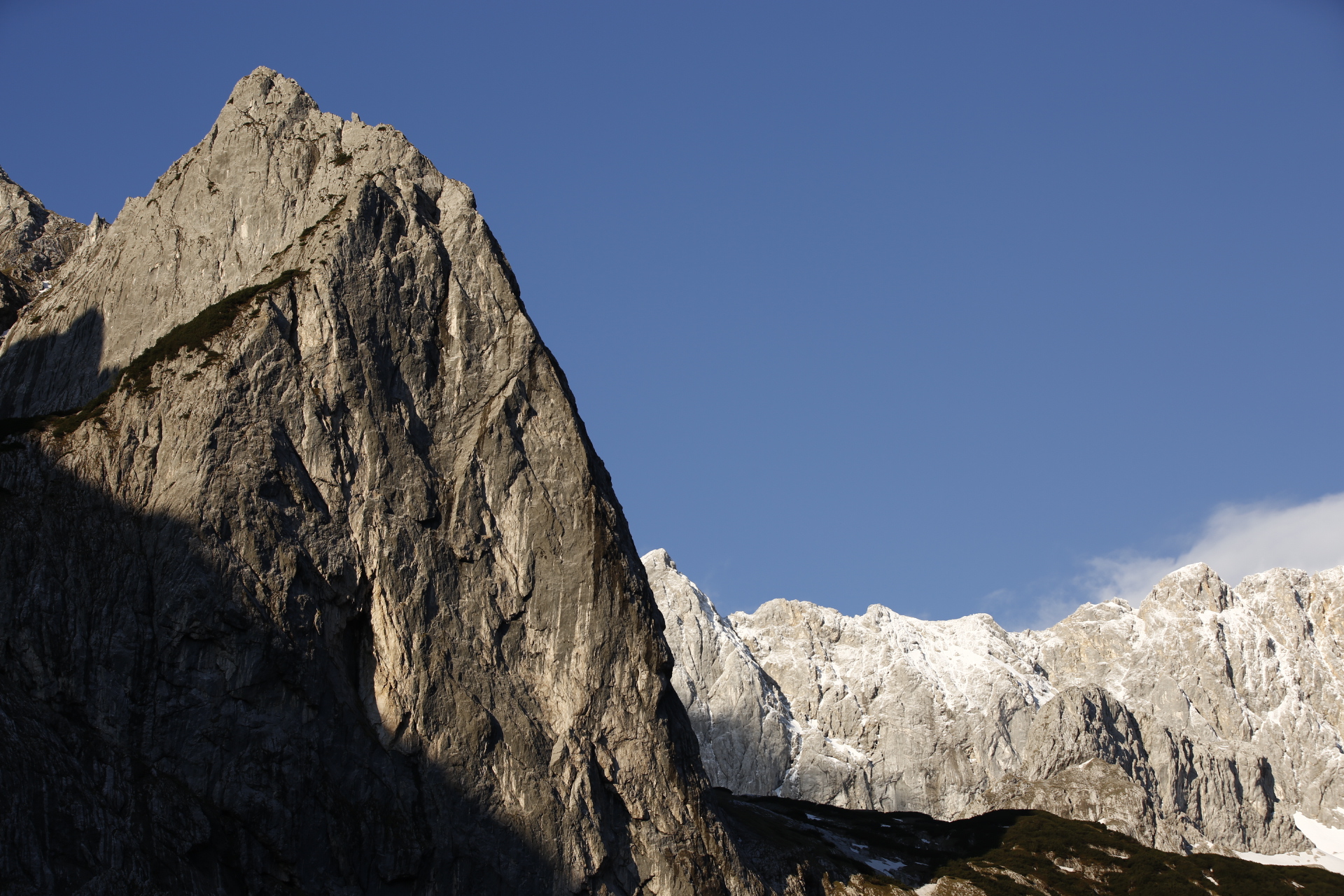 In 2001, Glowacz and his climbing buddy Markus Dorfleitner noticed a central, incredibly aesthetic and demanding line on the Black Wall: it is eight pitches long, peppered with difficulties up to 9a. A normal mortal climber will never in his life be able to freely climb this delicate route. Such a calibre is reserved exclusively for experts. Glowacz and Dorfleitner want to know for sure and hope to be able to climb this route freely this summer. "Amazing how time flies. We've been working on it for 17 years now," says Glowacz. Dorfleitner grins and nods in agreement: "When we started our first attempts here, our children were still playing down there by the stream.” Dorfleitner is now 47, his sons are 21 and 22, and the Glowacz triplets are now 23 years old. In 2005, GORE-TEX athlete Stefan Glowacz and Dorfleitner had drilled the route, fitted it with hooks at large intervals and secured it. Since then, they have been trying to climb a route point as a duo. This means ideally to climb the entire route in one day without a fall.

Whenever the free time together allows, the two befriended climbers make a pilgrimage to Höllental. "But that's the way it is with projects on our doorstep," admits Glowacz in an interview. "You postpone them until later. There's no hurry. Sometimes I was on an expedition, sometimes we were stopped by an injury or the bad weather, sometimes Markus was prevented from coming ..." And so the years went by. Stefan Glowacz, 55 years old, must of course admit to himself, "The clock is ticking. Soon we won't be able to manage such a difficult route physically." That's why the two long-time friends want to take the joint project seriously once again and deal with it intensively. GORE-TEX athlete Stefan Glowacz survived the corona-conditioned lockdown well, trained at home and worked on his fitness. "After the loosening of restrictions, Markus and I immediately set off for our wall. Not a soul was in the region. It was wonderful!" 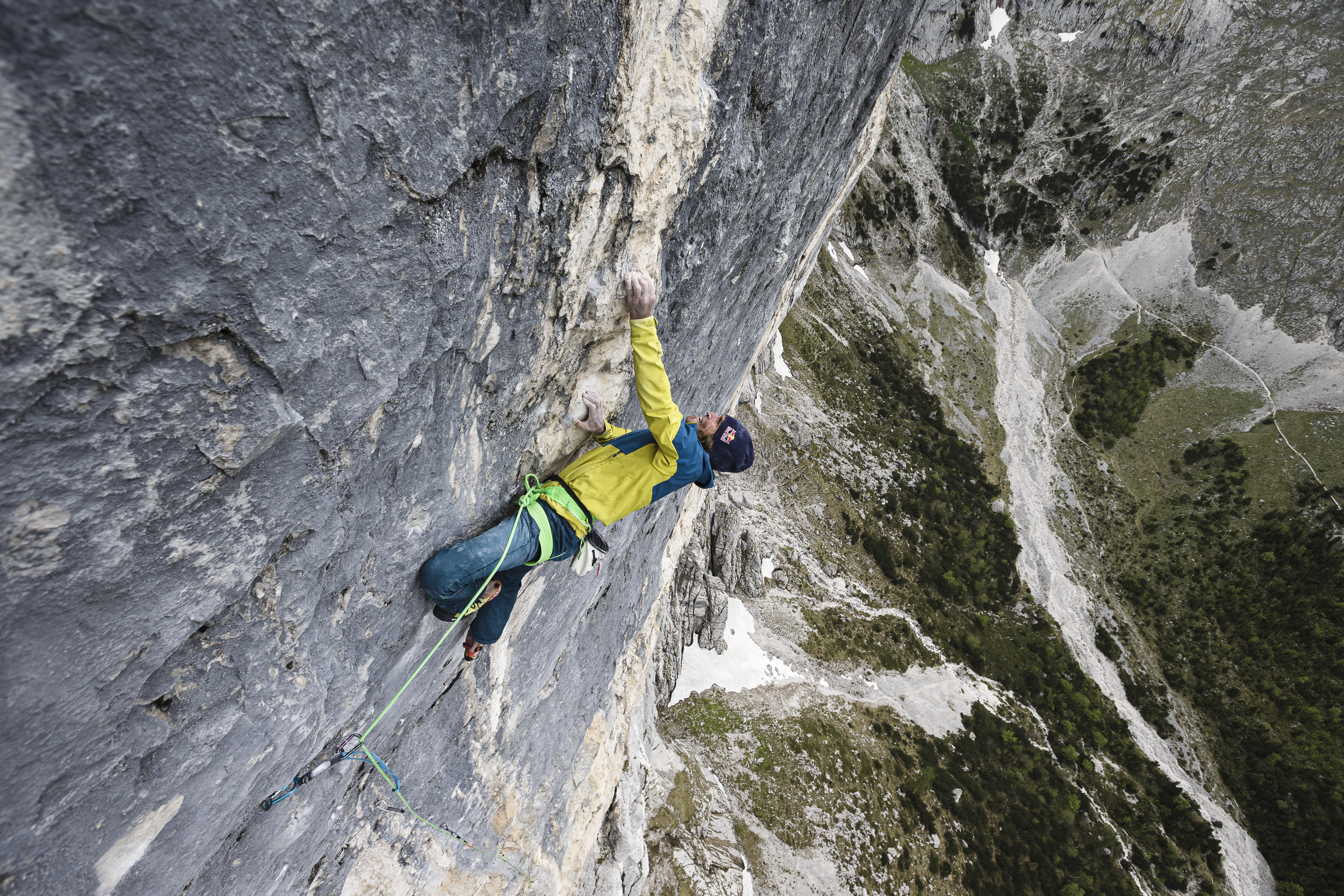 If you watch Glowacz climb the route, his movements look incredibly routine, controlled and extremely graceful. Step by step, step by step - he seems to have a firm grip on the wall. Just as a ballet dancer strictly follows a choreography, Glowacz has long since completely internalized the individual sequences of movements. Until, at the key point, he is thrown back out of the two-meter overhanging wall by tiny handles so small that only half a fingertip is enough to hold on to them. "Sh...!" it echoes from the rocks as Glowacz falls into the rope.

What do the two climbers need? A bit of luck, of course, but above all perfect conditions: a long window of good weather, not too warm, not too cold, ideally no wind. Glowacz admits to being happy about having lost five kilos: "It's easier to climb at 65 kilos than at 70. Each gram can make a difference". Dorfleitner, who helped rebuild the Höllentalangerhütte, seized the moment. When a helicopter transported building material to the Höllental, he let a board fly up with it. "S'Bankerl" is what the two climbers call the small platform that they mounted in the rocks below the fourth pitch as a resting place. Of course, drama had already taken place. Once, while climbing, Dorfleitner broke out a rock shed at a crucial point. Its absence would have meant the end of the project. So he took the good piece to his workshop, fixed it with a diamond drill and later glued the scale back into the wall. Exactly at the spot where it had erupted. Glowacz and Dorfleitner had already put their foot down once in 2017, waived their family holidays, instead trained intensively for months, and even copied the key part in the bouldering hall in Garmisch-Partenkirchen, so that they could practice it at any time. The landlord of the Höllentalangerhütte already supported the project in his own way. A double room, from which one looks through the window directly onto the Black Wall, was blocked for Glowacz and Dorfleitner. With halfway good weather, other climbers who were friends of Glowacz dared to make several attempts. So far without success. Also Glowacz's wife, Tanja, once immortalized herself with two sentences under Stefan's Facebook post: "Please come up here at last! It's been like this for half a lifetime now!"

To an outsider, the self-imposed Sisyphus work may remain a mystery. The term "obsession" is therefore obvious. But the two climbers define their adventure much more romantically. "Recently we were on the wall at 5.30am. The atmosphere in the early light was magical," says Dorfleitner, and Glowacz adds: "Long journeys or even expeditions are not possible in times of pandemic anyway. So if not now, then when!"

As a freelance journalist, Johanna Stöckl writes for various daily newspapers as well as for numerous magazines. Her specialities: sports, outdoor, alpinism, adventure and travel. Johanna lives in Munich. Whenever she isn’t sitting in front of the computer, the native of Austria heads for the mountains. On quiet days, she devours books and exciting sports stories.