Explore Support Pages
When life presents its challenges, one group of outdoor enthusiasts rallies around the camaraderie of sport. Read how Outdoor Mindset empowers adventurers.

In late 2009, 29-year-old Kyle Martin started experiencing numbness in his right arm and was feeling fatigued, anomalies for the active Colorado resident and outdoor enthusiast. The symptoms were strange enough to prompt a doctor's visit. After weeks of tests and hypotheses about possible causes, Kyle's doctors discovered a tumor—a lesion in the left temporal lobe of his brain. 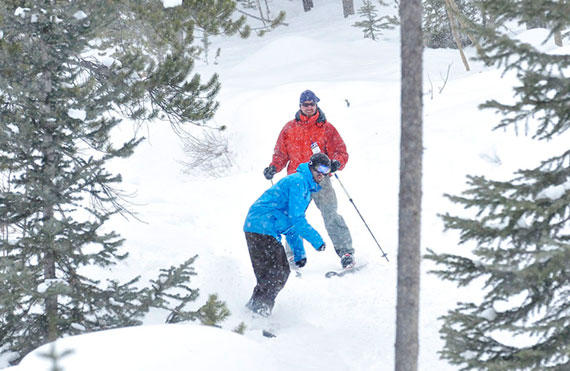 When Kyle got the call, he said that his first concern wasn't for his own mortality. Instead, he was more worried that the impact of his diagnosis would mean living a constricted life in which he couldn't pursue the outdoor activities he loved so much and that gave his life such zeal. Brain tumors and their treatments can create physical, cognitive, and emotional side effects including fatigue, restricted mobility, seizures, memory problems, and difficulty processing thoughts. Living in Colorado, Kyle was an avid snowboarder, mountain biker, hiker, and backpacker. The idea that he might not be able to enjoy these things was devastating. “Quality of life was so big for me," Kyle explained. “Thinking about the challenges that come with diagnoses of the brain and how it could affect my life…it hit me really hard." Instead of getting bogged down in the "what-ifs" or "might-bes," Kyle was determined to continue pursuing his passions. He was convinced that continuing to enjoy outdoor adventure could help his health and even the health of others with neurological disorders. Kyle reached out to a fellow outdoor enthusiast who had also suffered a brain tumor for guidance and an idea started to germinate: an opportunity to take what was happening to him personally and make it into something positive for others. Though several organizations already offered support for those facing diseases like Parkinson's, multiple sclerosis (MS) and epilepsy, there wasn't a group actively working to get people outside to pursue an active lifestyle. To address this need, Kyle founded Outdoor Mindset (OM) in January of 2010. 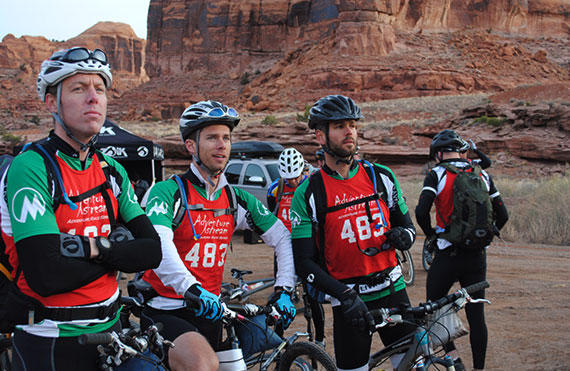 A nonprofit organization, OM's mission is to "enhance the quality of life for people affected by neurological challenges by uniting and empowering our members through a common passion for the outdoors." The organization strives to achieve this goal through group meet-ups, one-on-one connections, and an ever-expanding global community. These connections, both in person and virtually, create bonds of camaraderie, support, and inspiration for members. OM's membership includes people with neurological illnesses, as well as supporters whose friends and families are affected. For Kyle, who is living with the tumor due to the risks of trying to remove it, the experience of building the OM organization and community has been good for his mental health by keeping him connected to others and for his physical health by getting him outside to exercise and do what he loves. For the hundreds of members that have joined since its inception, being a part of the group demonstrates that, despite the limitations that may come with their diagnoses, almost anything is possible with the right support, encouragement, and resources. 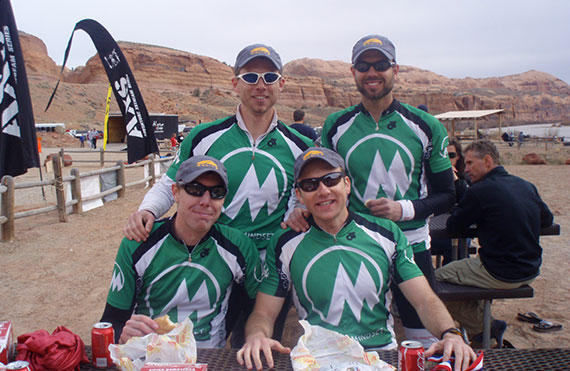 Kyle and the other affected members of OM are not alone. There are currently more than 600 disorders affecting the brain and nervous system and approximately 50 million Americans are diagnosed each year, according to the National Institute of Neurological Disorders and Stroke. OM recognizes that neurological illnesses can present unique challenges, but they don't have to create boundaries. “The pure belief that being in the outdoors and being with other people who have shared similar experiences has a really positive impact on the mind, body, and soul—this has always been our core belief," Kyle said. “That core has never changed and never wavered." This belief is backed by science. It's well established that physical activity improves a person's overall health. The same is true for people diagnosed with neurological disorders. Studies in journals such as Neurology, BMC Health, and the British Journal of Sports Medicine demonstrate the positive effects of physical activity for people with neurological disorders. According to a paper in Perspectives in Public Health, initiatives based on exercise, nature, and social interaction have been shown to improve mood and self-esteem in people who have been diagnosed with these diseases. Although OM's geographic focus is in Colorado, Ohio, New Hampshire, and Vermont, where members have established meet-up groups, its reach is international. During 2014, the organization served 372 members from 33 states and four countries. Membership continues to grow and recently surpassed 425.

Members connect by going for walks, snowshoeing, rock climbing, mountain biking, or participating in other outdoor activities together. They also connect through telephone conversations, email messages, and online correspondence for emotional support, accountability, and to share their successes. Many people in OM join with a specific goal in mind, like completing a race or returning to an activity they had given up. For some members, however, the goal is simply to reconnect with the outdoors and interact with others who understand the challenges that they face. OM members consistently say that one of their biggest takeaways from engaging with one another is realizing that they can do more than they think, even when dealing with neurological challenges. Case in point: An American member who had suffered a brain aneurysm was interested in training for a triathlon, but she was nervous about competing in such a physically and mentally demanding challenge after facing what can be a fatal diagnosis. OM connected her with a member in Sweden who had also had an aneurysm. They started communicating via email and Skype and then training together virtually. Whenever fear crept in, she had a supportive partner to help her achieve her goal. “She didn't know if she would've actually pulled the trigger on it if she hadn't had someone else who had been in the same medical situation and had accomplished it," Kyle said. 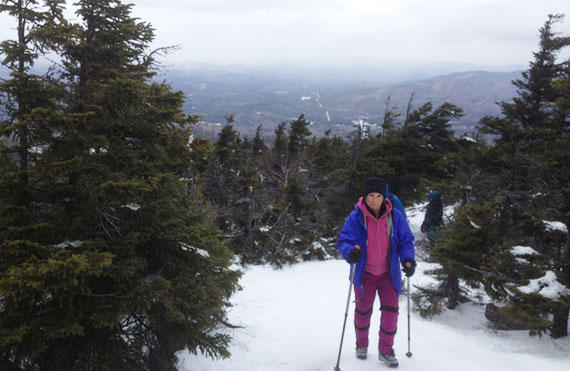 Other members, like Maggie Morehart, an OM member from Findlay, Ohio who suffers from migraines, have also seen tangible results. “Just the satisfaction you get from reaching a goal, or doing something you were told you can't," she said, "is an amazing feeling when you're facing a neurological challenge. “I think that's the most important thing I've realized through OM," she continued. "You may not be able to control your situation, but you can make the best of it by using the resources you have." Kyle, too, is grateful for the community he helped build, and its impact on his life. “There are those days that if I don't get outside; if I don't eat healthily; if I'm not talking and connecting with people, I significantly feel it with my health, my mental state, everything," he said. "I feel extremely fortunate for the organization and the people around me."