While most only consider the war-torn, political side of Rwanda, Erik Trinidad takes us along for the ride as he sees the country in a whole new light. While biking the Congo Nile Trail in itself was a wonder behold, it was the people and friendly culture of the country that left a lasting memory. Sometimes the best journeys are the ones that surprise us.

“This is one of the most beautiful parts of the country—the best part of the Congo Nile Trail," said Tom, as we pedaled our way up yet another hill. The path of dirt and gravel led us to an overlook, revealing the beautiful shores of Lake Kiva, which spans most of Rwanda's western border with the Democratic Republic of Congo. 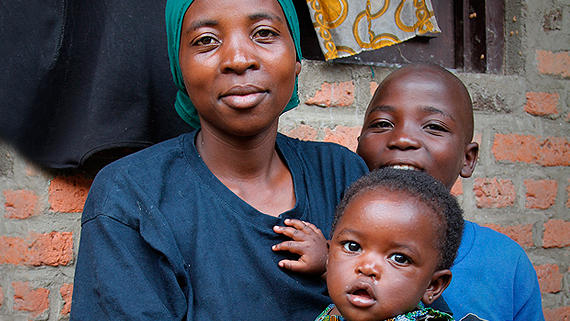 The lush, green hills abundant with tropical plants, little islands in the distance and the lake extending to the far horizon seemed more appropriate to a peaceful Caribbean island than the oft-troubled heart of Africa. It's been over two decades since violence tore this central African nation apart, as documented not only in the media but in Hollywood projects like Hotel Rwanda. Now considered one of the safer countries for travel on the African continent, Rwanda has its doors wide open for tourism. Most visitors come for the gorillas in Volcanoes National Park, but some extend their stay to do the Congo Nile Trail (CNT), a scenic thoroughfare that wanders past waterfalls, linking coffee plantations with rural villages. It can be hiked in ten days or biked in five. 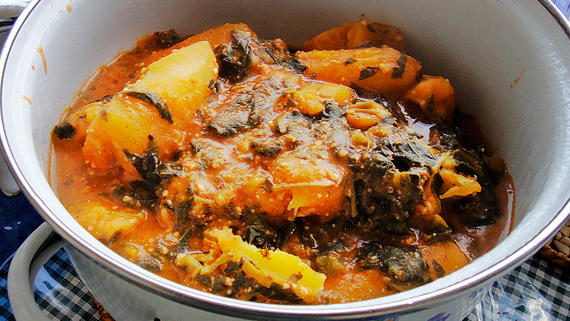 Tom Tofield, founder of Rwandan Adventures and my guide along half of the CNT, from Gisenyi to Kibuye, is firmly in the second camp. “There are better things to do in Rwanda on foot," he said. So, we ditched our hiking boots and rode a couple of hardtail mountain bikes for two days along with Rusangiza Twizerimana, a local cycling champion affectionately known as "Twizere." We powered through the many hills of the formerly war-torn countryside—a 1,300-ft. range of elevation change—which attested to Rwanda's nickname: the “Land of A Thousand Hills." The trail varied from single track to a wider, unpaved road dating back to the German colonial days. Occasionally we were joined by locals biking part of the trail. Unlike us, they primarily used the path for their daily commute—granted, a very beautiful way to get from Point A to Point B.

Despite the differences in our reasons for sharing this patch of earth, there was still a 'camaraderie of the road' shared between all us cyclists."

Despite the differences in our reasons for sharing this patch of earth, there was still a "camaraderie of the road" shared between all us cyclists. In fact, when one man who was hauling goods on his bike got a flat tire, we happily stopped to help him patch his tube. At rest points along the trail, we ate home-cooked meals with local families and slept in the humble quarters of a community coffee washing station. We met farmers and fishermen, explored goods at a local market. We'd greet everyone in the native Kinyarwandan tongue—“Wirdiwe!"—and offer our empty plastic bottles to them (plastic bottles are quite a commodity in those parts, as they're used to hold water and cooking oil). 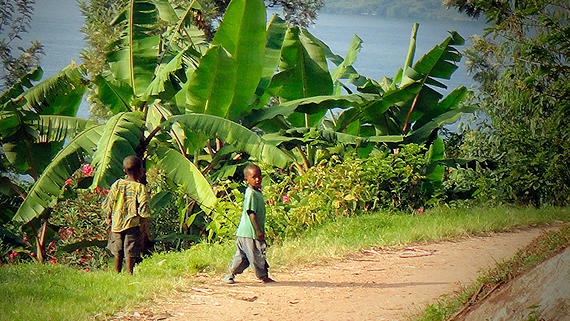 We were greeted heartily again and again in each village we entered—especially by the children who'd run out to see us. “What's-up-nothing-much!" one young boy exclaimed in confused but charming English, not realizing he had learned a greeting and an answer as one salutation. Of course, just as we were inevitably greeted in each village, so too did we say many, many goodbyes as we continued onto a new leg of our journey. “Vous partez?" a coffee plantation worker I met asked in French, another widely spoken language. “Oui," I replied. He wished me farewell, and I replied in Kinyarwandan—“Sawa,"—a word I'd heard over and over which acts as a general acknowledgment like our “cool." “Sawa," he replied with a grin that faded with him as we pedaled on.

Accomplishing the physical challenge of the CNT was rewarding in itself, but it was really the local culture, the distance between us and the trappings of modern civilization, that made this trip so special. I left hoping that maybe one day, as the years added memories of peace to those of war, that small, burgeoning linguist who'd greeted me would also get a chance to hop on a hardtail and behold for himself the beauty of his country.