In 2014, experienced climber Steve Wakeford fell 230 feet while climbing in the French Alps. He was lucky to survive. But less than 18 months later, he was already back in the mountains climbing again. Even he realizes the irony.

"If you burn your hand on a coffee pot," Wakeford said, "you don't touch it again." Yet he continues to be drawn back to the mountains regardless of that instinct for self-preservation that tells us to stay away when we've been burned. Maybe all of us who love the mountains, despite their perils, are similarly drawn. But Wakeford wants to know what that something is. And he's not alone. 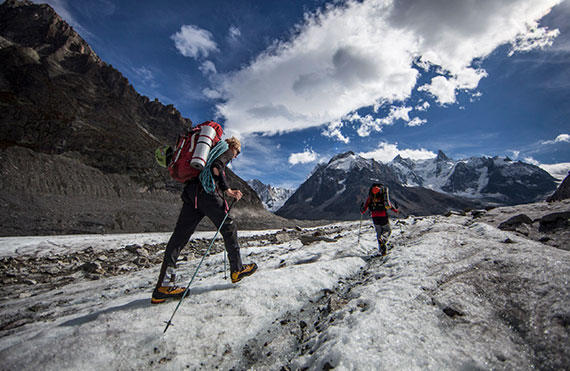 During his rehabilitation, Wakeford engaged with some of the world's elite athletes as well as big name sponsors like Montane, Petzl, and Whitedot Skis, to explore ideas on motivation and risk for a film called Magnetic Mountains. The film, which will be released in the fall of 2016, is both epic and universal in its themes, endeavoring to answer that age-old question: Why do we climb mountains? The film starts at that brush with death while climbing a mixed rock and ice route on Les Petites Jorasses, a classic Alpine face above Chamonix, France. Wakeford and his partner had camped at altitude and awoken to a beautiful day and a route in seemingly perfect condition. "I was feeling so strong and confident," he said. Each took turns leading the climb. On the third pitch, Wakeford placed a piece of rock climbing gear about 15 feet above his starting point. The safest line took him straight up the icy snow, but it wasn't strong enough to hold a protective ice screw. Nor could he traverse right to place gear in the rock time after time, as the snow was dangerously loose at the edge, and it would have used valuable energy. After 160 feet of climbing, Wakeford was running out of rope and had to find a belay. 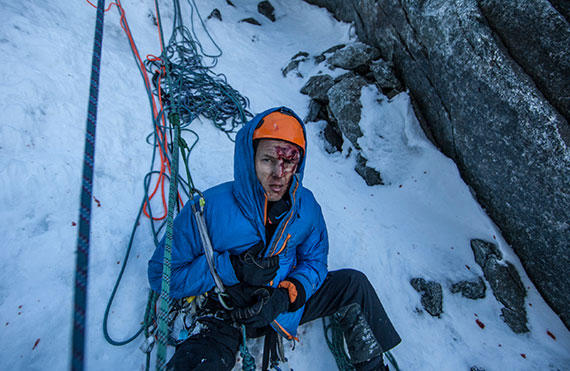 "I realized there was a huge blank slab of rock between me and the safety of the wall," he said. "And I was about 150 feet above my last piece of gear." Wakeford thought he found a good foothold and managed to place a piece of gear to protect the move, but as he committed the foothold gave way. "I pinged off the wall," he said, "I thought 'it's OK, the gear is holding me.' But then I felt it rip out from the rock. "I just remember looking down this gully at my climbing partner 160 feet away, and screaming," he continued. "And then it goes black." Wakeford fell hundreds of feet, past his partner, bouncing off the walls. When he came to a stop, unconscious, he had compound fractures in his tibia and fibula, he'd snapped off part of his shoulder blade, and ripped one of his bicep muscles from his arm. Most who venture into the mountains don't participate at this cutting edge. Yet, even on a relatively modest hike, we know we're taking risks. Many of us have been in sketchy situations and sustained injuries. We still go back for more. "I think we get our identity from things that we do," Wakeford said. "I was in a wheelchair and I couldn't do anything that makes me, me." When the mountains are calling and we can't go, isn't that when we feel their pull most keenly? Touching a coffee pot doesn't give us an identity. Perhaps that's why it's easy not to touch it again. It's not so easy to give up our adventures. Wakeford had been burned by the mountain but he still couldn't wait to get back out there and continue to define himself. 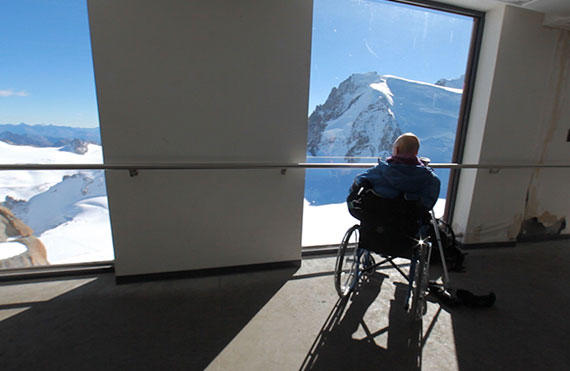 "I asked myself 'Why?'," he said, "and that's how the film was born." As an award-winning editor for major TV productions, filmmaking was one of the few things Wakeford could still do from a wheelchair. Wakeford began contacting people who'd influenced him as a climber. He wanted to know if risk was an important part of their sport; if it was different going back after an injury; if they could risk relationships for a seemingly selfish pastime. "I wanted to know why we do all this stuff," he said. Wakeford reached out to athletes and adventurers like British mountaineer Sir Chris Bonington, renowned American alpinist Steve House, the prolific UK climber Nick Bullock, and Tommy Caldwell, who completed the first free ascent of El Capitan's Dawn Wall in 2015 alongside Kevin Jorgeson. As Wakeford wades through his footage, some observations are beginning to stand out. Wakeford echoes the thoughts of Steve House who describes the depth of relationships that are developed when spending time together in the mountains. "It's all to do with the fact you've looked after each other and stayed alive," Wakeford said. "It gives you a primal connection with another human being." Many of us can relate to that shared experience. But what is it that appeals to us as individuals? 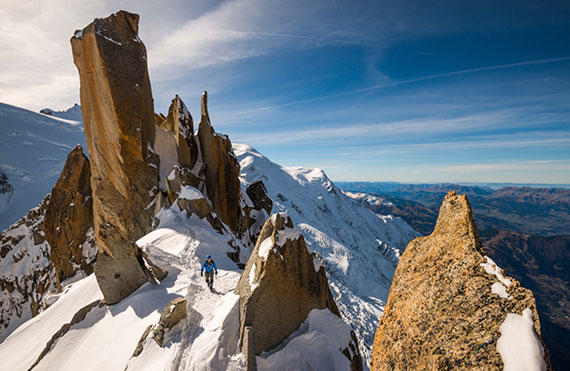 Wakeford relayed the thoughts of Ellen Brennan, a BASE jumper and the world's fastest female wingsuit pilot; someone that could be easily typecast as an adrenaline junkie. "Ellen talks about dopamine rather than adrenaline," he said. "Why would anyone be addicted to adrenaline? You don't want to feel hot and bothered and have your heart racing, you want to feel cool, calm, and collected. "She describes jumping off the Aiguille du Midi," he continued, referring to the viewing platform at Chamonix's iconic cable car station, "how rich all the colors become and how she feels every change in the wind and is so finely tuned into what is going on in that moment." What Brennan is talking about here could be called clarity, something Wakeford comes back to repeatedly. He connects it to the idea of mindfulness, of being 'in the now,' something long-espoused by proponents of meditation. Perhaps it could explain the tranquillity we find in the mountains regardless of how extreme (or not) our activities there might be. 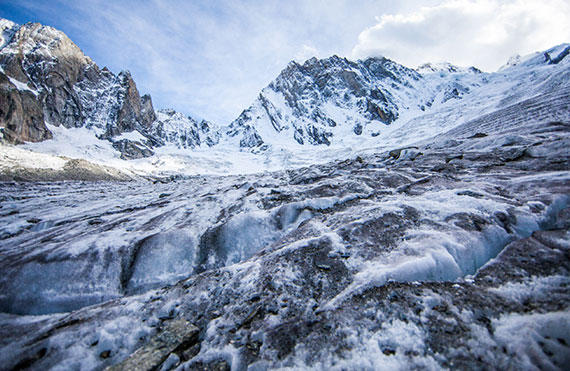 "I think that's one of the strongest reasons for doing this, the power of now," Wakeford said. "It's clearing your mind of all other thoughts which is supposed to be super-cleansing...you force yourself into this state where you don't think about anything else other than the present. It's true escapism." So what is it that draws Wakeford back to the very mountain that nearly killed him? "It's all of the above," he said, recalling how he recently skied past Les Petites Jorasses. "I thought I might be filled with dread or something, but I wasn't. I just smiled and the thought of climbing it again was exciting. Previous to making this film I would have questioned my mindset, but now I'm growing to understand it. "The first time I went climbing after the accident I had some worries the night before, and again as we approached the route," he continued. "But as soon as I started climbing I wasn't thinking about any of it. It was extremely cleansing." At a time when competition for our attention through advertising, social media, or the dozens of ways people can contact us is at an extreme, perhaps it's not surprising that clearing our minds should hold such a strong appeal. That moment when nothing else matters, when all the concerns of daily life dissipate, is something many may seek with increasing regularity. Perhaps it's simplistic to say that mountain adventures provide a break from that mental chatter. But for Wakeford and others, something so straightforward can still be a powerful, profound experience. Some even believe it's worth risking their life.