Explore Support Pages
Clear winter nights over Missoula, Montana, are almost mythical thanks to their rarity. 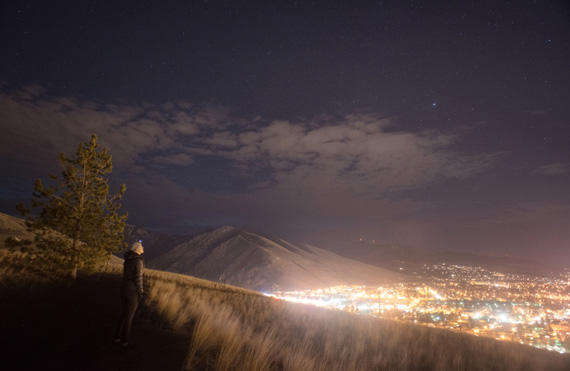 As the days shorten, Western Montana often trades its wide blue skies for low clouds that clamp down temperature inversions and turn the sky monochrome gray. Add the car exhaust-stained snow and it's enough to drive you a little nuts. So when the calendar calls for good views of a "Blood Moon" lunar eclipse and the weather forecast points to clear skies, I make plans to be there with camera in hand, regardless of any meetings scheduled for the following morning. It's a chance to catch a rare sight and an excuse to inject an otherwise unremarkable week with a little adventure. Plus, the next Blood Moon cycle (four total lunar eclipses in a row) doesn't start until 2032. 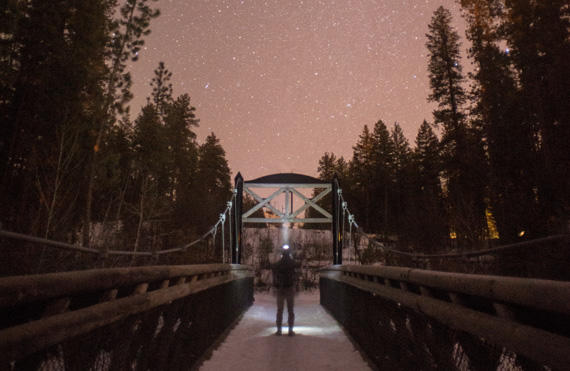 Social media delivers a fairly constant feed of friends' #vanlife road trips, expedition announcements and international travel—perks, often, of the freelance lifestyle that many of them live. I'm a nine-to-fiver, and not through some sense of "obligation" or "responsibility" or other societal peer pressure that some assume all office drones must be suffering under. The truth is I like the daily grind and the regular paycheck is nice too. But that doesn’t mean that their sepia-filtered grass doesn’t sometimes look greener. My wanderlust may run a little farther beneath the surface than theirs, but it's not gone completely underground. That means I've got to take my adventure in small doses and, once the sun starts to set before I leave my desk, often after dark. Sometimes it's packing a snack and heading out for a hike in lieu of dinner. Other days it's setting an early morning alarm. The chance to find a little solitude on a "school night" makes a big difference in my sanity. Being a weekend warrior is great. It's just that five days in between outings can be too many. The idea's not new. British adventurer Alastair Humphreys has long championed the "microadventure" and bicycle frame-builder Grant Petersen came up with the term S24O (sub-24-hour-overnight) for just such small outings. But actually making it happen when it's dark and cold is the hard part. A clear night, though, is not something to be missed. 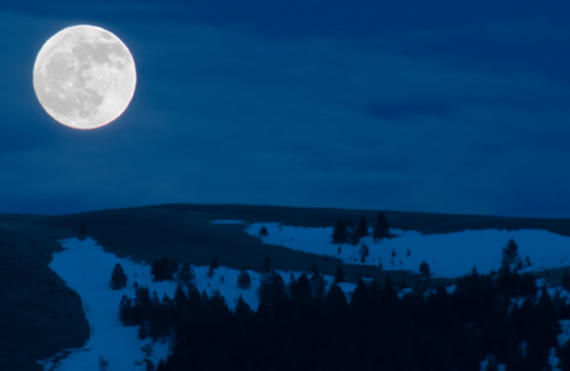 The third Blood Moon of the most recent quartet fell on an otherwise regular Wednesday and I set the alarm for 3 a.m. to allow a quick hike above town to coincide with the start of the eclipse. The thing about a little adventure compared to a big one is that rather than taking a big leap out into the wild, small outings require just a little shuffle. And a shuffle is easy to snooze through with promises of "next time." As I silenced the beeping phone, the temptation to roll over was strong, but potential regret is a powerful motivator. Besides, these quick outings can fuel a zest for life that greases the skids of office lull and kick-starts the kind of feedback loop that keeps the after-work adventures coming. I double checked memory cards and batteries and headed off into empty streets and the muffled quiet of a city asleep in the snow. The moon was up—higher than I'd expected—and just showing signs of the start of the eclipse that would soon turn it red.

Alas, a west wind was coming up too, and wispy clouds started slinking in from the crest of the Bitterroot Mountains threatening to obscure the moon before earth's shadow got the chance. Stoked or not, 3 a.m. starts are never my idea of a great time so the possibility that clouds could ruin the view was unwelcome to say the least. Still, despite the clouds, the chance to witness the eclipse unfold was a helluva way to start a Wednesday. And before much longer, nature gave up the goods, and I got to enjoy an hour with a deep-red moon and silence above the city. 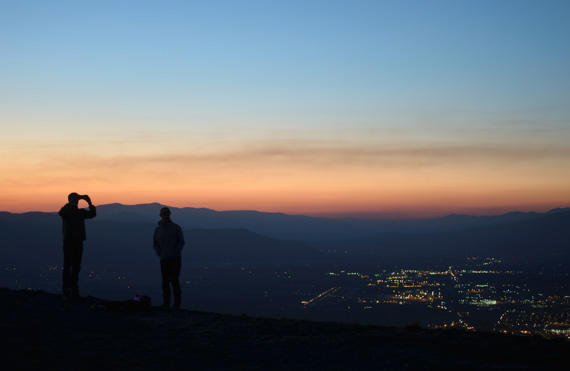 Three hours later I slid into my desk, just like any other day, save for the slightly baggier eyes. But unlike my none-the-wiser colleagues I carried a secret with me to the office. A little solitude, a tiny adrenaline pinprick of adventure, a jolt of energy before the sun comes up to add a little creativity and sanity. It was a mid-week reminder of why we live where we do—it's all out there, every night. All you have to do is get up and go.