The famed Half Dome monolith of Yosemite can be seen from afar, but for the best view, you have to hit the trail.

It's best explored over a few days, which is how I experienced it. This allows adequate time to enjoy the views and the solitude away from the hoards elbowing for a campsite in the heat of the valley floor. 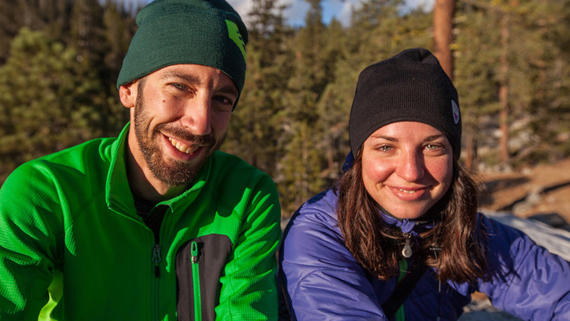 I joined a group of friends from all over the country including the Rocky Mountains, Pacific Northwest, Midwest and Northeast. As active adventurers, we were each looking for a change in environment and the Sierras were the perfect answer to the call.

We were each looking for a change in environment and the Sierras were the perfect answer to the call."

My love for the outdoors dates back to when I was a small child. My parents have old photos of me stashed in their backpacks as we wandered various trails around the US. Building on that early introduction to backpacking, I learned the ways of the trail as a teen during my scouting years. Over time, it's just become a part of me. In fact, I have spent so much time in a sleeping bag, my wife often accuses me of lying in bed next to her as if I were still in my bag: on my back, ankles crossed and arms by my side or clasped on my stomach. 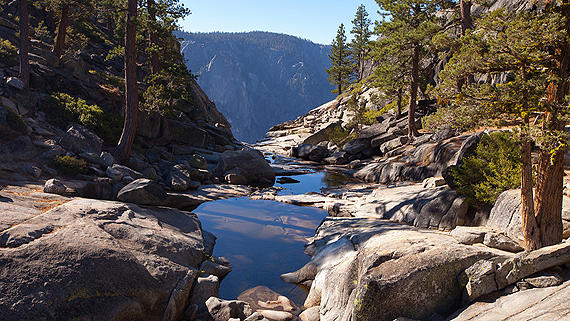 As our enthusiastic group ventured out, our packs hung heavy on our backs. We were loaded with everything we needed to survive in the wilderness for three days. It was nearly 90 degrees that day, and sweat seeped from our pores mere steps into the hike — we still had 3,000 feet to gain ahead of us. And it was worth every step! As we advanced, we were rewarded with a clear view of the famed Yosemite falls. Though the water had stopped flowing for the season, there were still a number of pools waiting for us at the top — just the motivation we needed to keep pushing. The climb was grueling under the hot summer sun, which made our dip in the chilly pool a welcome relief. Shortly after, we set up camp to prepare for the setting sun and the impending nighttime chill. Ascending such heights, it's often surprising to consider that one moment, shorts and t-shirts are appropriate, while the next we're changing into long sleeves and heavy jackets. Our simmering dinner teased our senses, with the promising smells of a fried potato casserole, reminding us all of just how much energy we'd burned on our trek north. As we loaded our bowls to the brim, the stories commenced, touching on every member of the group — many of us hadn't seen each other in years. John was making the shift to become a full time photographer. Chris was considering a new job that would take him across the country. I was adjusting to the idea of becoming a dad in the next few months. The time spent reconnecting reinvigorated us all, boosting our energy and tightening the bond of our group. The ordering and events of the trip was perfect, as the first night's casual surroundings enabled us to focus on one another, filling in the gaps of lost time. The second day and night, however, was dominated by stretches of silent contemplation as we took in the awe-inspiring sights. As 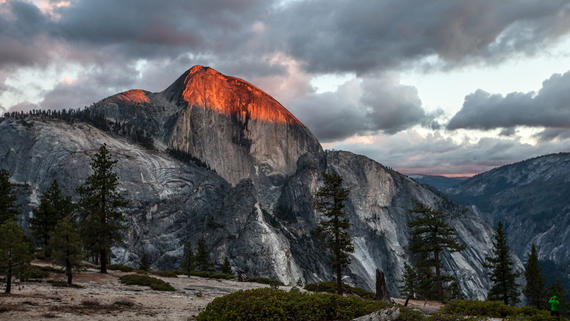 evening drew near, the trees parted before us like a stage curtain, and we were met with the full face of Half Dome. Dark clouds framed the monolith as the tip of the rock formation was bathed in a warm amber light. Time stopped as we all reached for our cameras, mentally pinching ourselves at our good fortune in catching it at this particular moment as the sun began to set. From the valley floor, Half Dome, along with the other towering faces of rock, is indeed impressive. But the scale is hard to imagine. From such a low perspective, the enormity of these rocks gets lost as they reach up into the sky. And from our new campsite, we could see the expanse of the valley as well as the mid point of Half Dome. Even better? We had it all to ourselves. Setting up camp was a slow process, as none of us could bear to take our eyes off the view. After dark, a close study of the rock face across the valley revealed life in a vertical world. Tiny pricks of light—the headlamps of climbers—shone out. We assumed they were bedding down on port-a-ledges, tents for camping on a vertical wall. Chris, the big climber in our group, who had in fact scaled Half Dome before, explained that when the rock face sits right in the sun, climbers bake during the day, and their hands become too sweaty to hold on to the rock. So night time is climbing time. As we ate, we watched the pinpoints of light work their way up a small section of the wall. Chris continued to tell tales from his climbing past. He pointed out different routes the climbers might take. For a while, it felt like we were on the wall there with them.

Once I was nestled in my sleeping bag, surrounded by the quiet and the dark, my heart filled with gratitude—toward my pregnant wife for letting me come in the first place, for the good friends and the parenting advice they'd imparted throughout our trek, for the cool fresh air and for that incredible view. My sleep was dreamless, perhaps because the evening itself had been a like a waking dream. We were ushered out in the best way possible the following day. With incredible views all around us, including Half Dome (which never gets old), we basked in the glow of the memories we'd shared, and relished the fact that the climb out was almost entirely downhill. As we reentered the valley floor, we were met once again with overwhelming heat and large crowds. I didn't mind, though. I felt refreshed, and even hoped for this crowd of strangers that they too could take part in the joys I'd just had the privilege of experiencing.