Okay, maybe those who haven’t been there yet. That’s fair. Yeah, we love Whistler Blackcomb. And this year, North America’s #1 rated resort is celebrating its 50th anniversary. We thought we’d celebrate with a look at the famous mountain duo’s past, and where it is today. Before Whistler Blackcomb was the mega snow sports resort that athletes all over the world adore, it was just Rainbow Lodge, a popular spot for tourists to spend the summer fishing. And Whistler Mountain was London Mountain – at least, until a smart guy by the name of Franz Wilhelmsen saw an opportunity. He and his business team wanted to open an alpine ski area across the lake from the lodge. Their goal? To host the 1976 Olympic Games right there on the mountain. 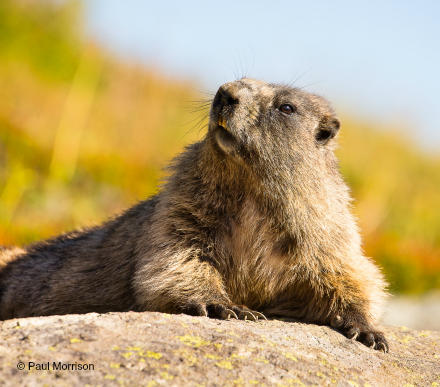 “London” was soon changed to “Whistler,” in honor of the Whistling Marmots that call the place home. And sure enough, in 1966, the mountain opened for business with the biggest vertical drop in North America and a ridiculously long ski season. But alas, the Olympics were not to be. Not yet, anyway. Besides, Whistler was just entering a new relationship with the mountain next door, Blackcomb. Such began an era of healthy competition. Whistler would add a bunch of fancy new runs, and Blackcomb would install some impressive new lifts. Not to be outdone, Whistler added some new lifts of its own. And with the new Whistler Village placed right between the two mountains, big-mountain skiing suddenly had a place to call home in North America. Well, rivalry turned to romance (as these things tend to do), and the mountains merged into one epic snow sports hotspot simply called Whistler Blackcomb. Soon enough, the PEAK 2 PEAK Gondola was strung between the two mountains in 2008. At 8,850 meters, the gondola line was so long, it broke a few world records. Which is pretty incredible. And then, in 2010, those Olympic dreams finally came true. Whistler Blackcomb hosted both the Olympic and Paralympic Winter Games. And as they say, the rest is history.

What the mountains are up to these days

So, now it’s November, and we’re super stoked about ski season. Whistler Blackcomb collectively receives around 458 inches of snow every year and maintains one of the longest ski seasons in North America. They hold a bunch of competitions throughout the season for athletes who are ready to play with the big kids. Over the years, they’ve also added a ton of fun things to do beyond skiing (and certainly beyond fishing). You can go heli-skiing (taking a helicopter out to the backcountry), go on a snowmobile tour through the wilderness, and even watch Whistler’s top skiers and riders jump through a giant ring of fire in the crazy Fire and Ice Show:

And hey, we’re powder hounds, but summers at the resort are pretty great too.

Are you going this year? 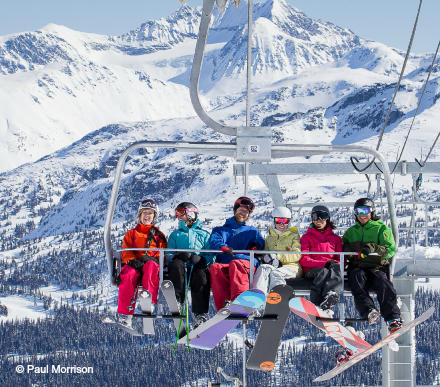 A mountain only celebrates its 50th anniversary once! This year, Whistler Blackcomb has a special deal, too. If you book your trip by November 15th, you can save up to 40% on lift and lodging. Get the details here. Whether you’re taking on the slopes at Whistler Blackcomb or that fresh powder in your own area, be sure you’re outfitted with the right gear. We have the waterproof, windproof, and breathable outerwear and gloves to keep you dry when the snow’s flying. Find your snow sports gear.