Living Closer to the Ground

A few years ago, well-known outdoor writer and conservation advocate, Dylan Tomine, saw two teens sitting in a mostly dark room texting on a couch. "Who are you texting?" he asked them. Silently and without looking up, both pointed to each other. “I understood that technology is really changing how we live and, for better or for worse, it's going to be here," Tomine, who now also works as an ambassador for Patagonia, remembers. But it was also a confirmation of the nature-aware lifestyle he'd been reverting to since his children were born, and it solidified a latent vow. “I thought, 'this isn't how I want my kids to grow up,'" he says. As a father and conservationist with Patagonia and Patagonia Provisions, it was important to him that his children cultivate a deep respect for the earth that will need empowered caretakers. 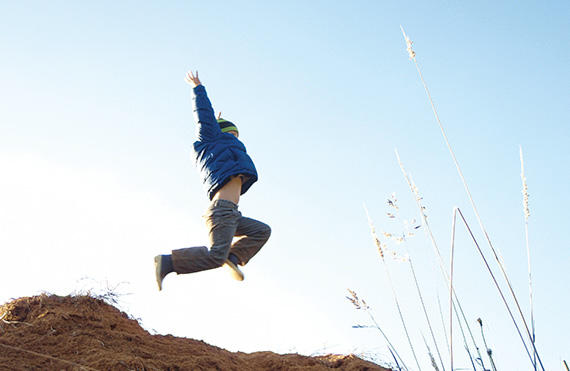 In his childhood Tomine, now 49, had grubbed around his Corvallis, Oregon home, fished local waterways for trout on the way to school, or brought home a quail dinner with his BB gun. He'd filch the neighborhood's apple and pear trees and pick berries his mother would bake into a pie. But somewhere along the way he started losing touch with that food-based connection to nature. He got older and other priorities, like girls and work, took root and buried the fly rod. As a young adult he worked long hours, heading outside only on the weekends like a tourist in nature. Yet when Tomine's daughter and son were born in the early 2000s it catalyzed a shift to focus more on being outdoors again. He decided against daycare and, by then working as a fly-fishing guide, instead took the kids fishing with him. But, it wasn't until they traded their Seattle high-rise, when the kids were still young, for a house in the woods on Puget Sound, that he fully reconnected with earth's vital processes—the weather and tides and the bounty they nourish. The family didn't live primitively. They still used technology, watched TV, and the kids, like the rest of their generation, learned how to use iPads. But unlike their city counterparts, they began to develop a relationship with their food's origins and took an active role in putting it on their own plates. They honed skills—like reading weather patterns or recognizing optimum habitat for mushrooms or ripe berries—that were once common knowledge. 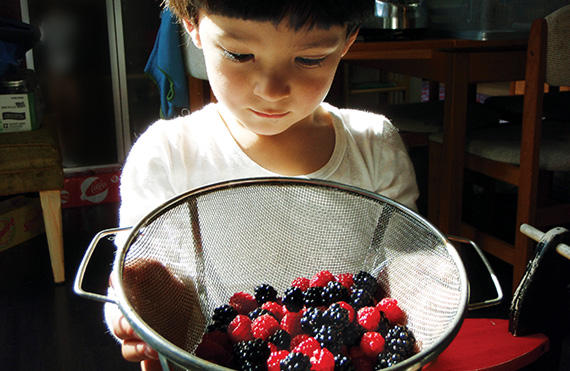 "It was part of the transitioning of life values," Tomine says. For a year he documented his family's relationship with nature and food in his book, Closer to the Ground: An Outdoor Family's Year on the Water, In the Woods and at the Table. Alongside his wife and a community of like-minded friends, he took Skyla and Weston, then 6 and 3, fishing, clam digging, and foraging in the forest. He taught them to tend a garden, read tides and the wind, and, vitally, how to prepare the food they gathered. “When you take kids outside, instead of saying we're going outside for a hike to enjoy nature, if you say we're going to go outside to find something we can take home and eat, the enthusiasm level just goes through the roof," Tomine says. “I think we all have this deep-running hunter-gatherer instinct built up in us that's been suppressed by how we live now." In the spring of 2010, during Tomine's year-long documentation of their re-centered lifestyle, they began by gathering downed trees—madrona, fir, maple—and Tomine taught his children to split, stack, and dry firewood. He also taught them to drive their skiff in variable conditions. 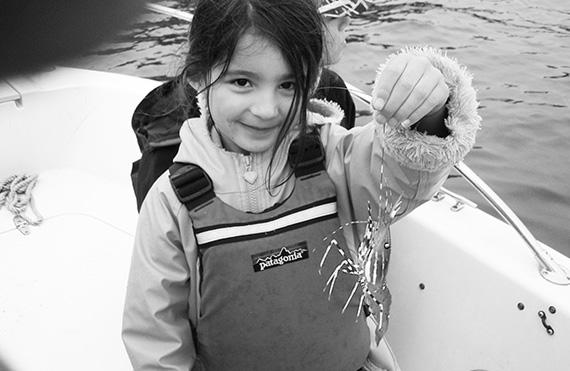 “I wanted my kids to know some of the basic things," Tomine says, “so they felt confident and competent on the water [where we live]: how to find the right kind of clam, how to tie knots." Later that summer, Tomine took Weston mushroom hunting for chanterelles, a Pacific Northwest favorite. When Tomine tried to get him on the trail, Weston held back and called his dad over to look at what he'd found. Tomine was impatient but Weston insisted. It turned out he'd found a prime patch of chanterelles right by the car. His father, focused on the trail and his own pre-formed expectations, had walked past it. Later, as the two wandered, Tomine realized he was lost. His son was nowhere to be seen and didn't answer when called. Fear took hold. But soon, he heard Weston laughing. He'd fallen over a log and discovered, as he explained to his concerned dad, that falling in the forest was fun because the ground was so soft. Tomine had to reacquaint himself with Weston's comfort in the woods, a feeling that had become second nature to his son through their many excursions. Moments like these justify Tomine's efforts to tune his children to nature's rhythms. That comfort and confidence gives them an ability not only to learn from their father, but to grow beyond what they're taught.

“They start to gain independence and have their own ideas about some of what we're doing," Tomine explains. But it's also an antidote to today's rampant screen addiction. Understanding technology, Tomine says, is still important. But it's hard to forage, fish, or assess the tides if you aren't focused. And for Tomine these activities bring a level of environmental awareness that will help breed a new generation of much-needed conservationists. “There's a natural progression of that awareness of the world to want to protect it," Tomine explains. “When things happen that threaten [the environment], kids are going to have a natural concern."