Anyone who has ever gone tree skiing knows that the forest, for better or worse, affects the snow. Avalanche safety courses usually teach that forests can provide a safe alternative when avalanche danger is high because trees and stumps are mechanical anchors that support snow.

However, the forest does much more than anchor snow. Healthy forests growing in avalanche terrain play a crucial role in avalanche control by inhibiting the formation of continuous weak layers in the snowpack, and thus reducing the likelihood of avalanche release. 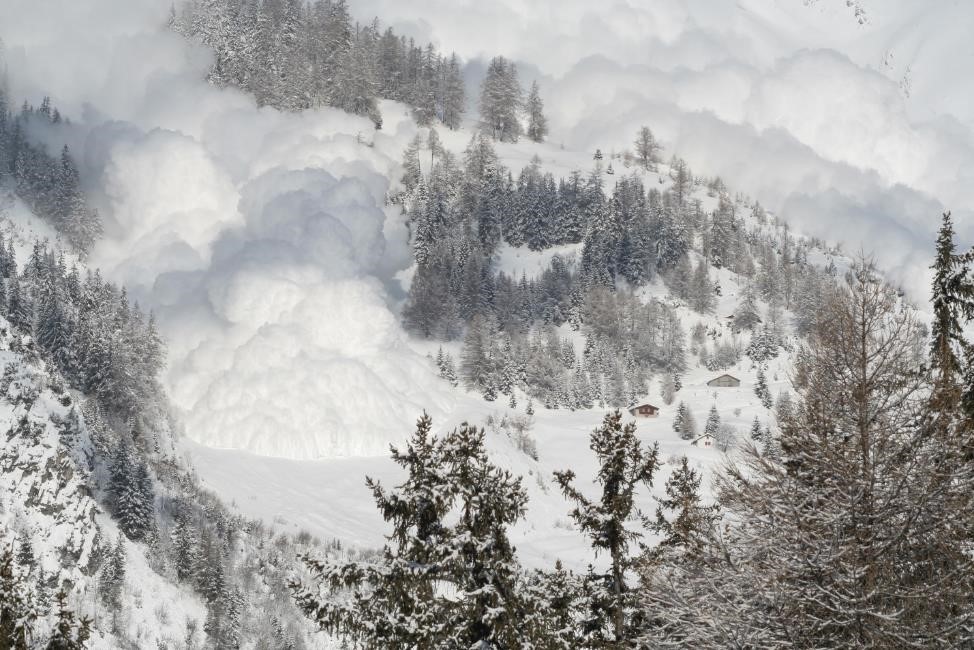 Dense forest canopies intercept snow in the tree crowns, decreasing snow depths in forests by 10 to 50%. Intercepted snow falls from trees or drips down when melting, disturbing the snowpack. Forests also decrease wind speeds, which prevents the wind loading that occurs in open terrain.

Tree branches in conifer forests block sunlight, modifying radiation and temperature.  This deters faceted crystal growth on the snow surface and deeper in the snowpack below forests, preventing the formation of homogenous weak snowpack layers typical of unforested terrain. All these effects of forests on the snowpack result in a more heterogeneous snowpack which increases slope stability. 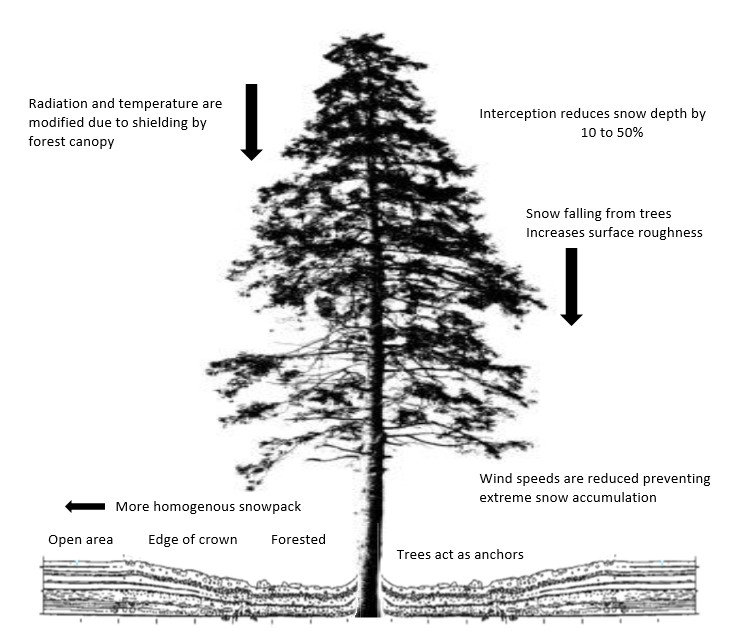 But what happens when disturbances change forests?

Dr. Michaela Teich, a researcher at Utah State University, is answering this question. With the help of a Snow Micro Penetrometer, an instrument that measures the bonding force between snow grains, Teich and colleagues are evaluating the spatial heterogeneity of snow layers in a fraction of the time as traditional methods such as digging snow pits and plotting profiles. 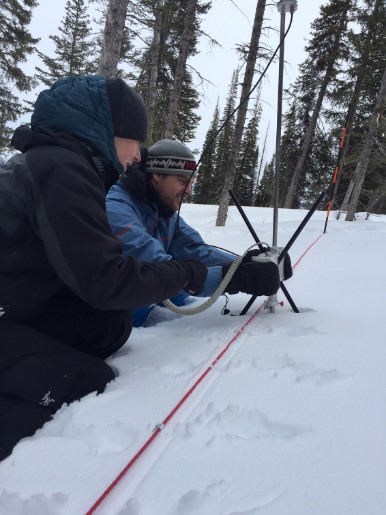 Measurements are being taken in Utah’s Uinta Mountains for multiple types of forest stands (undisturbed, logged, burned, attacked by bark beetles, and open slopes). These snowpack measurements are compared and correlated, which helps predict slope stability. 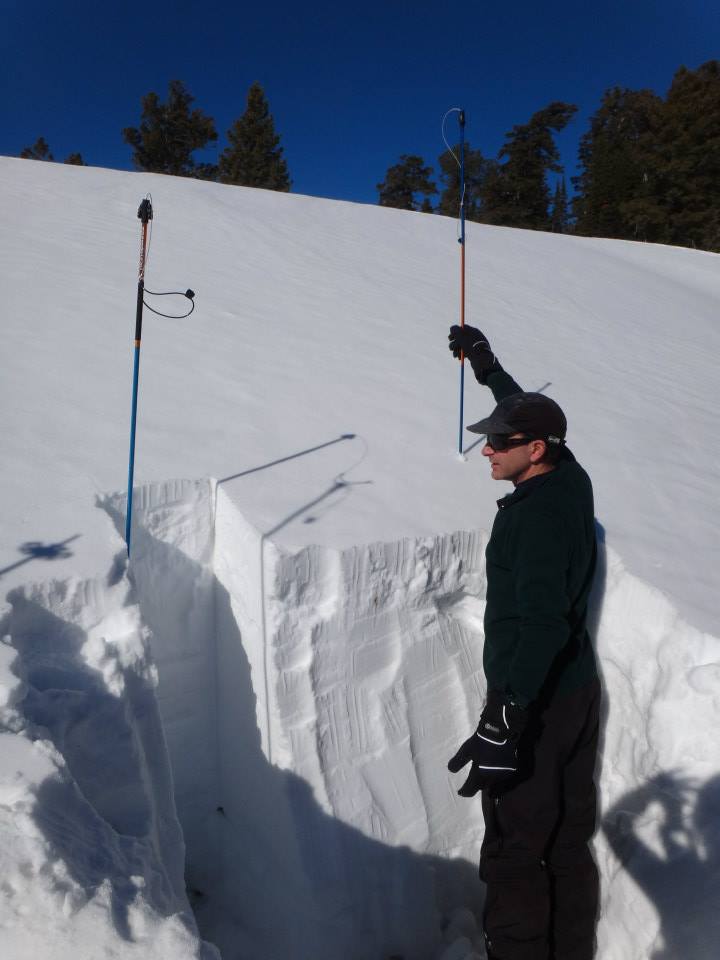 While still early in the study, Teich has found that healthy forests prevent the homogenous layers typical for a slab avalanche, while sparse or unforested terrain has more homogenous snowpack layering.

Although forest influences are only a piece of the puzzle in avalanche formation, backcountry skiers should be aware of the potential for higher avalanche activity when tree skiing in logged, burned, or beetle-killed forests. 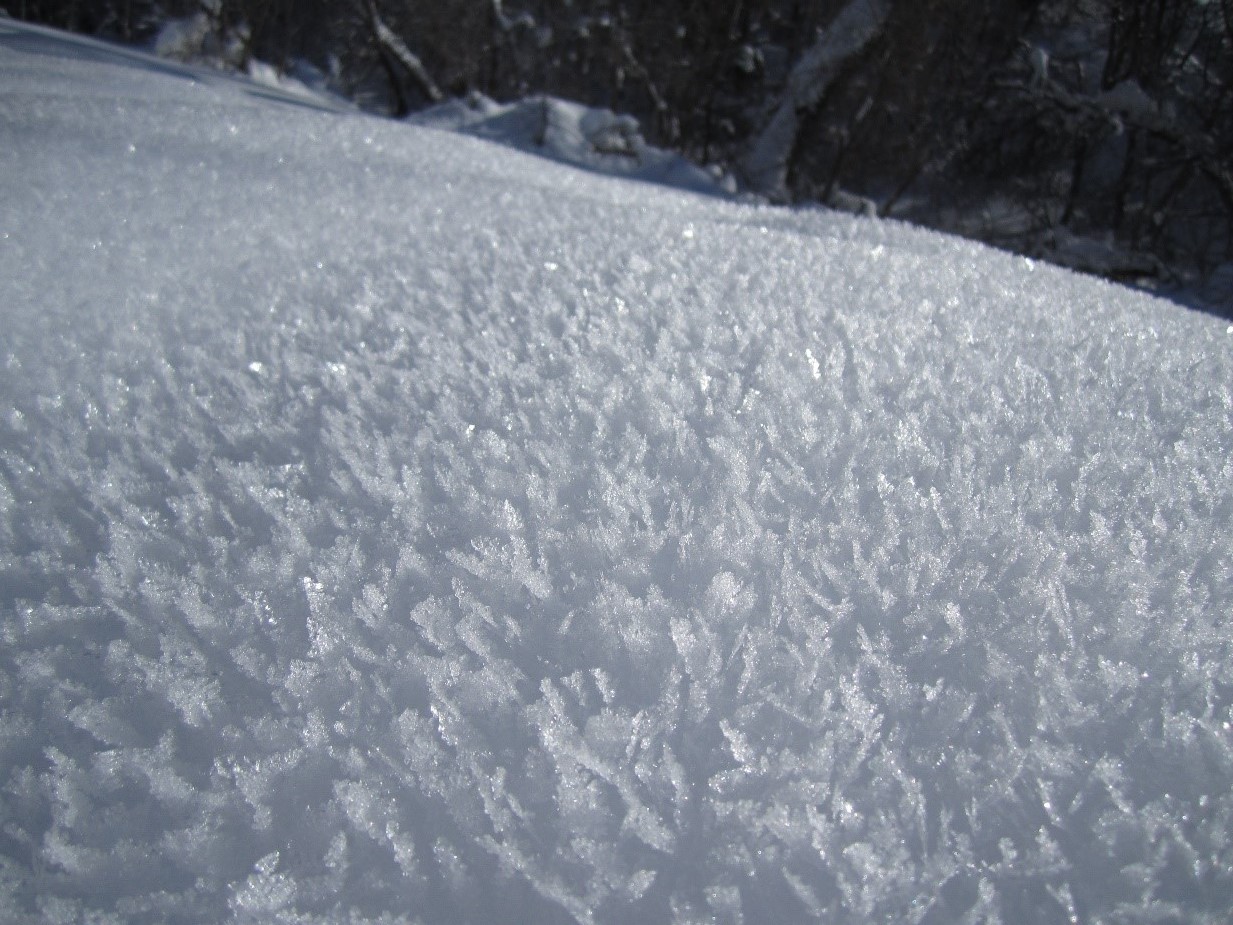