When fresh powder is scarce in the Golden State of California, you don't let a tumble get in the way of prime conditions. Join one splitboarder on a triumphant journey toward a good time.

Like many snow sports enthusiasts in the northeast, I make do with what we have: decent terrain and snowfalls that have the potential be powdery, although there's usually some blend of ice in the mix that doesn't make for the smoothest runs. 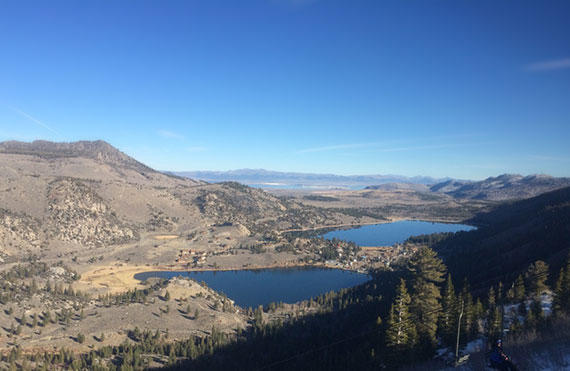 But it's in the mountain ranges far to the west of the Mississippi River where conditions and terrain are considered better—more snow, more challenge, more variety. It's where you go, after plateauing in the northeast, to progress to a higher level, both figuratively and literally. And so in February 2015, I ventured to the Sierra Nevada Mountains in California to go splitboarding thus expanding my horizons even further by learning a new snow sport. Much to my chagrin, my trip to the Golden State delivered a broken promise. With an unseasonably warm winter, natural snow was almost non-existent. Almost. Fortunately, Neil Satterfield of Sierra Mountain Guides, a splitboarding guide who was familiar with the backcountry near Mammoth Lakes, CA, was at my side. “I have a secret stash of mid-winter February snow that nobody knows about," he joked. 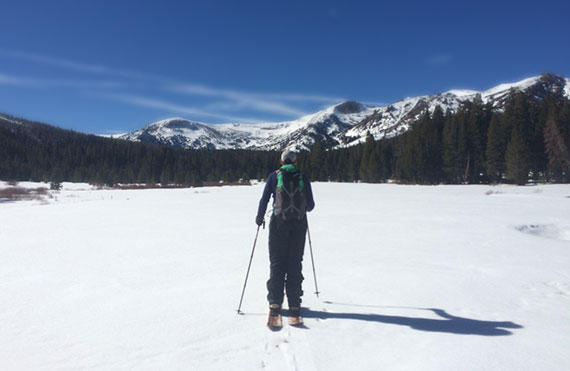 A certified local guide of 15 years, he was familiar with the microclimates of the nearby mountains. He knew of a valley that was known to trap cold air and precipitation in the form of snowflakes. It would take an effort to get there on foot and we went about it with rental splitboards: snowboards that split in two to become skis needed to trek up and across hills. This two-in-one piece of gear was developed in the early 1990s by Brett "Cowboy" Kobernik and the Utah-based gear manufacturer Voile. It mimics the way skiers tour in the mountains with climbing skins attached to the bottom of their skis allowing them to grip the snow and walk uphill. We rode the lift to the top of Mammoth Mountain, but then headed to the backcountry. It was bare. I started to wonder if Neil really knew about a secret stash, because everywhere I looked there was a little more than patches of white dominated by the brown of rocks. While far from ideal, we somehow found enough snow to make it down. Ironically, I found myself yearning for the mountains of the east coast. I was not used to the stance of the splitboard I had rented—it was my first time using one after all—and on that first run I suddenly caught an edge in the mushy terrain. Before I realized what was happening I started to lose control and launched into the air. I felt the air burst from my lungs as I hit the ground and then I started tumbling down the mountain. 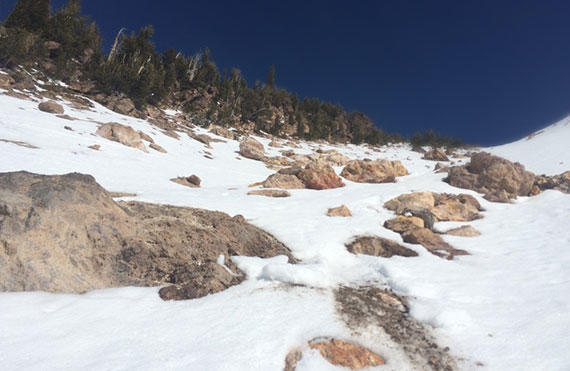 I collided head first into a boulder. Neil rushed over. Fortunately, he was not only a guide but a trained medic and was quick to assess my injury. I was in pain and shock, but still alive. My helmet, and now shattered goggles, spared my life. He looked down at my bloody finger, where skin had torn. “[It's] dislocated," he reported. “This is going to hurt." Without hesitation, he yanked my finger into place. I was still in shock from the head collision so I barely noticed him putting my finger back into position. He bandaged it up tightly enough to immobilize the joint. Neil asked me a series of simple questions to assess my mental state and check for a concussion, all of which I responded to normally. He looked at the bloody scrapes across the side of my face and suggested that we get to the nearest medical facility. It was a snowboard run away, but in the opposite direction of the promised stash of snow. I stood and took a breather. “Let's just continue," I decided. I had passed Neil's concussion assessment, and was even joking about the fall, taking pictures of the "boulder that got me". Then again, was my sense of humor a sign of something serious? 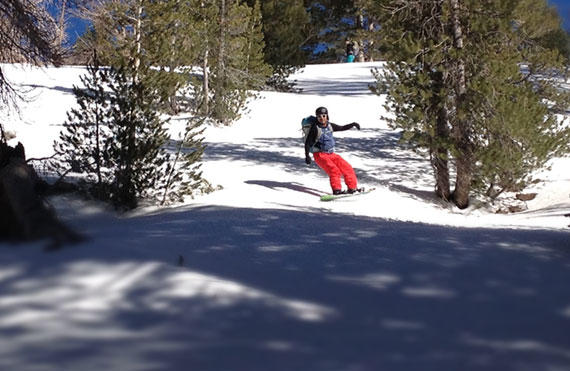 Either way, I was going to leave that area. I figured it might as well be toward the snow I was determined to ride. I didn't come all this way from the east coast to stop then. Surely a mere injured finger wouldn't deter me; it's not like I ride on my hands. Sure, I could have gone to the clinic for a real medical evaluation, but I felt fine. If I hadn't, I might have decided differently, but I really wanted to take advantage of my limited time in California without having to backtrack. Neil repeatedly assessed my condition as we continued the journey, but there was still no evidence of a concussion. For the next four hours, we skinned up slopes in ski mode, rode down in snowboard configuration, and hiked through the muddy woods in between. Gradually the terrain started to turn white. A blanket of powder covered the entire mountain as well as the valley below. Neil had delivered us to the promised land.

We found our lines in the virgin powder. With powdery, natural snow beneath my feet, I had no regrets about my decision to press on. I may have had a dislocated finger and a shaken up head, but in splitboarding—or in life in general—you're never going to get to that next level without overcoming a few obstacles. When you do—and come out relatively unscathed—it's worth it.