Undoubtedly, Bob Gore, the son of W. L. Gore & Associates founders Bill and Vieve Gore, picked up his enthusiasm for hands-on experimentation from his father.

Looking back, one can see that Bill Gore was one of Bob's most important influencers from a very early age.

Perhaps his most important contribution to his son's education, and eventual vocation, was the lessons he learned, and passed on to his son, by pushing boundaries, failing and trying again. With each new experiment performed in the lab—or his basement for that matter—the elder Gore took away a critical lesson learned that ultimately fueled his next project. 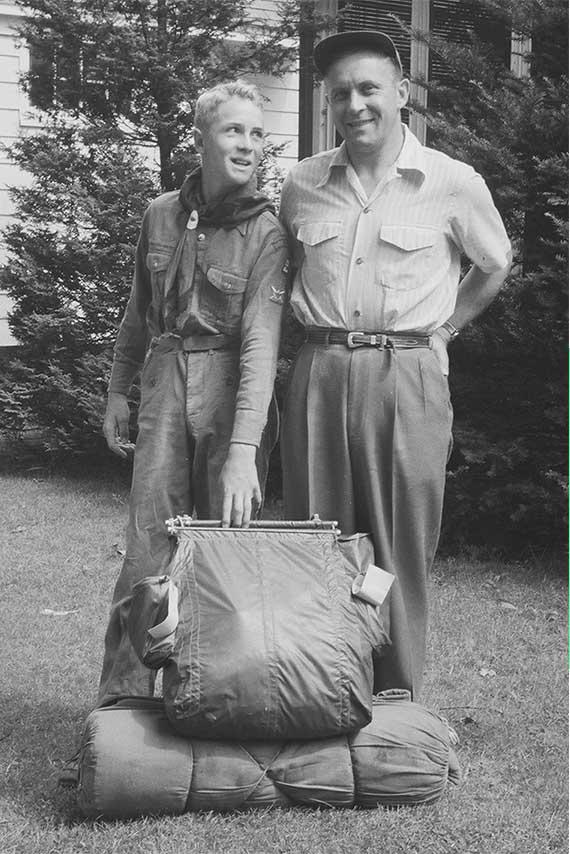 Gore received his undergraduate degree in chemistry and engineering, followed by a masters from the University of Utah in Salt Lake City. His studies eventually led him to DuPont, where he was surrounded with all the plastics and other materials he could ever hope to get his hands on. But this penchant for experimentation and entrepreneurship started long before DuPont. Even as a teenager, Gore had a few businesses to his name, like a gold reclaiming service he'd pitch to his neighbors. The deal? He'd receive a cut of the value from the purified gold he returned to them. While he worked for DuPont, Gore often took home unused materials before they were disposed of to experiment in the family's make-shift workshop. Throughout the 1940s and 50s, Gore tinkered and toiled at home with these materials to create a cache of better-performing, practical outdoor gear for his family. Not all of his experiments, however, worked perfectly. For instance, he made automobile paint from liquid chemicals and pigment and decided—six months later, most of the color was peeling off his car. And with what in hindsight was a fairly significant mishap, he made a plastic tent for his family's camping trip, which proved to be too steamy and hot during the day, and dripping wet at night from condensation gathered inside the tent. As the ultimate quality assurance tester for his father's innovative products, it's no surprise that the experimentation rubbed off on Bob Gore and shaped his—and the GORE-TEX brand's —future.