Do you have outdoor that’s collecting dust? Want to make fast cash? It’s time to check out the gear trade.

Gone are the days of nostalgic gear collecting cobwebs. Outdoor enthusiasts have pioneered a marketplace for swapping, selling, and bartering all things outdoors: jackets, belay devices, hiking boots, and everything in between. Welcome to the gear trade. The Gear Trade Explained Places like r/GearTrade, GearTrade, and Outdoor Gear Exchange exist for one thing: to create “a convenient [platform] for individuals and companies looking to buy and sell used and retail outdoor gear.” While these are just two websites, the gear trade spans campsites, REI garage sales, trailheads, and anywhere beyond. It’s a win-win for all parties: sellers make some cash on gear they’re not using, buyers get a good deal on an item they’ll actually use, and traders breathe new life into old gear. Repurposing gear that would otherwise collect dust, the gear trade gives items like jackets, trekking poles, and boots a shot at something new, destined for adventure vs. a closet or landfill. People Love the Gear Trade We’re not the only ones hyped on the idea of the gear trade; just hear the testimonies from everyday explorers like yourself: 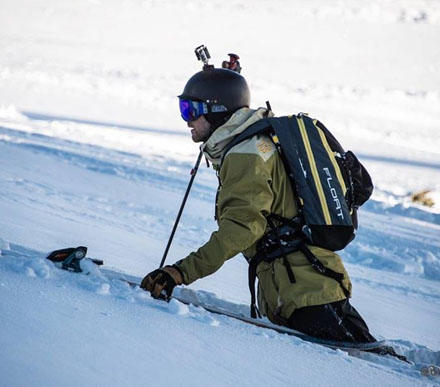 Johnny Nolen grew tired of skiing with totaled poles (even the powder baskets were wrecked), deciding it was time for something new. "They'd served a purpose, but it was time to step it up and get some beefier poles,” said Nolen. He scoured GearTrade hoping to find a good deal, that’s when he spotted a pair of Salomon Hacker poles - $70 new – for $16 with shipping! 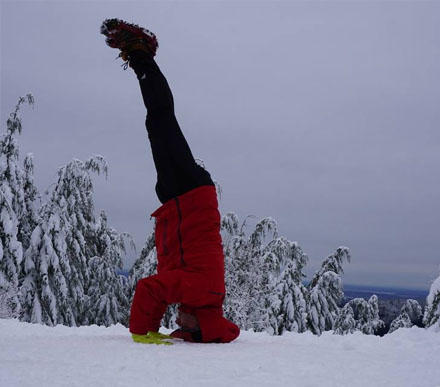 For Lawrence Kuracina, GearTrade has been a great resource to purchase snowboard boots for his daughter. As kids grow, so do their feet. “The prices were great,” says Lawrence, “I once even bought a pair of boots that were just a little too small (and maybe too stiff) for my daughter and then I resold them locally. I didn't lose any money on the whole deal.” 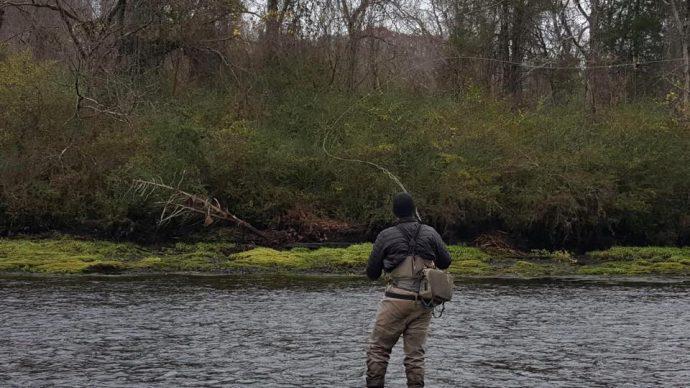 Bryan Rafferty has a habit of hard climbing. The day finally came for a new belay device, so he explored GearTrade and found a Trango clip assist device. “Great deals are to be found all over the site. Not to mention getting the opportunity to reuse something else is pretty cool,” Rafferty said, speaking to the sustainability aspect. You could even say we’ve got our own gear trade set-up at home. Walk through the GORE-TEX Brand office on any given day and you’ll see employees lending and swapping gear with one another as the week brings on a new set of climbs, hikes, and slope sessions. Though finding a deal is important, extending the life of your gear is a great motivator. After all, good gear likes the prospect of another grand adventure. Gear That’s Eligible for the Gear Trade By now, you probably have some gear in mind for the gear trade, but you’re not sure if anybody would want it. We’ve been there! So what makes an item worthy of the gear trade? The truth is that you won’t know until you try it. So start by describing your gear as thoroughly as possible, including detailed photos, so a potential buyer or trader will know exactly what to expect. Is El Ñino calling for a new Marmot Cerro Torre GORE-TEX Jacket? Try listing old or unused gear on GearTrade and come up with the funds. Did you burn through your last pair of running shoes quicker than you’d like to? Put up gear you can part with and save up for gear you can’t live without, like the Saucony Ride 8 GTX® Shoes! Don’t be deterred by minor blemishes or faults, the gear trade community will often be willing to fix most gear as long as it’s a good deal. And when it comes to listing clothing, you’ve got a better chance of sale or trade when garments have been properly cared for. Following the provided washing instructions is often enough, but quality gear warrants quality treatment. Take GORE-TEX jackets or GORE-TEX boots for instance. Washing instructions and care can be found here, or you can just watch the videos below!

As always, if you need advice on the feel free to either comment below or post on the GORE-TEX Facebook page and we’ll be happy to help. Good luck and good trading!