By Peter Schaer, as told to Alex Strickland 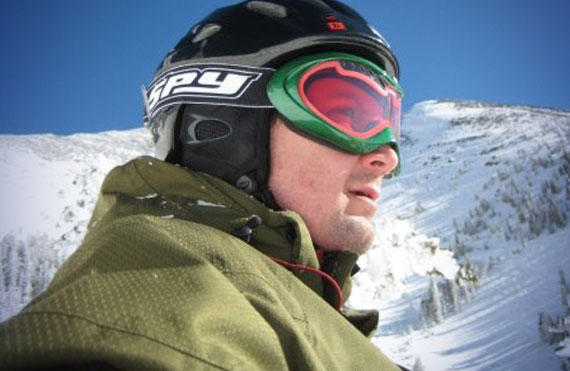 When you grow up among the gently rolling hills of Wisconsin like my brother Steve and I did, the mountains of Colorado are something out of a dream. Only toddlers when our ski-buff parents strapped blades to our feet, we spent our formative years careening down the soft undulations of the Badger State. The younger son, I spent nearly all my time in fierce competition with Steve; I may have settled for his hand-me-down equipment, but in my heart I was a champion. So when, decades later, we switched out snowboards for skis on our annual trip to Vail, I was looking forward to a rare advantage over my big brother, who'd taken up snowboarding much more recently than I had. Vail's virgin powder would be the stage for my triumphant performance. We put in a full day, grabbing first chair and pushing each other hard for hours. It was mostly in friendship, but that undercurrent of brotherly competition roiled just under the surface. “Want one more?" was the trip's refrain, and neither of us dared to say no.

As the sun got low in the sky and the lure of the lodge started to pull us toward a well-earned beer, that question cropped up once again. I don't remember who asked it, but the answer was a foregone conclusion. Lap after lap on the tough terrain of the resort's backside had left us mostly gassed by then, so we settled on a quick run down a front-side groomer back to the lodge to end the day. The lifties were flipping the seats up against the backrests in anticipation of more snow to come that night. Hustling, we nearly missed the cutoff, but a college-aged staff member working the lift ushered us on with a wink, even as the final sweep crew from Ski Patrol climbed on a few chairs behind us. We glimpsed the broad stretch of forest at the same time. Unmarked but in bounds—it ran from where we'd landed on the catwalk toward our intended run. The prospect of a little "off-roading" was like a bellows to the embers of our competitiveness. If individually we could have resisted the pull of that powder and those trees, we were both powerless against the other one's suggestion. 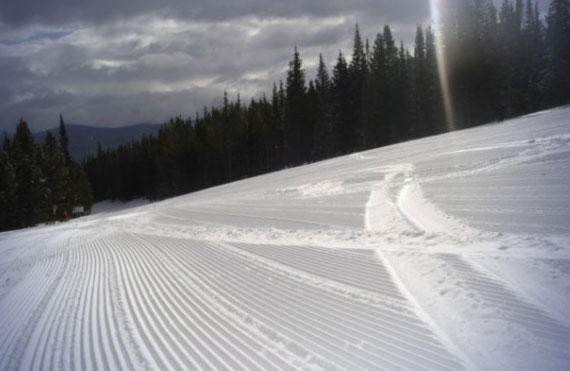 “Hey Steve, what if instead of taking the main run, we…" I couldn't even finish—he was in. We dropped straight down into the trees for some final turns through the knee-deep powder stashes. It was perfect, for a while. Then, quite suddenly, the ideal upper pitch of the mountain flattened as the glade leveled off on a huge roller we hadn't been able to see from above. We slowed, then stopped dead, up to our hips in light powder. The sun sank lower by the minute, but if either of us was feeling scared, we hid it from the other. Laughing, we tried scooting forward, without success. No problem, we thought, just like back in Wisconsin, we'd dig down, pop out of our bindings and walk out. Sure, it'll be a slog, but nothing we haven't done before. I clicked one foot free and then the next. Phoomp.

One step and I'd sunk in up to my chest. Panicked, I looked over at Steve who had just made the same mistake. We reached for our boards, hanging on to them like a surfer might after getting knocked off by a wave. The grove was tomb-like in its silence. Was it this dark a second ago? This cold? Neither of us was laughing now. The good-natured rancor of earlier in the day drained away as sudden concern for our shared well-being took over and we began trying to figure out our next move. Shuffling our feet meant sinking even deeper. Though we were only 10 feet apart it was clear that if one of us had a problem the other wouldn't be able to get close enough to help in time.

How did this even happen? We were probably only a few hundred yards from an intermediate run that took a straight shot back to fireplaces and overpriced burgers. This was the territory of ski schools and beginners in fur-fringed coats. Hadn't the mountain been sterilized of these kinds of risks? We were quickly realizing just how firmly in the grip of the mountain we'd been caught. Steve tried pulling himself along with his board while I attempted to achieve some forward progress. Finally we discovered that surfing was actually the perfect way to think about our situation and rolled up onto our boards to distribute our body weight. We churned our arms to “swim" forward through the loose powder. It was slow going, but it was working. The darkness was fully fledged by the time we made it to the other side of the forest, and we could see the snow cats lining up below in preparation for their all-night grooming. Once again laughing, though this time in relief, we strapped our boards back on and booked it to the lodge. Just a silly mistake, we assured each other (and ourselves). No harm, no foul. 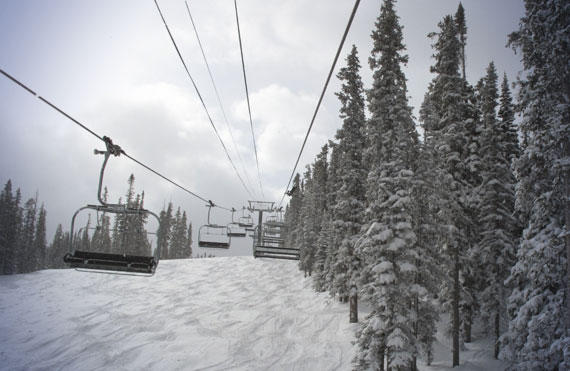 Steve and I continued to snowboard together, logging dozens of trips in the years after the incident, but never speaking of it. Then, one evening not long ago, while sitting in my Phoenix home, many miles and terror-softening years from that night in Vail, we broke the silence, just briefly. “We were lucky," Steve said. “Things could have gone a lot differently." “We might've used our 'Get out of Jail Free' card," I said.   Maybe it was the kind of realization that comes with age, as the mind and body let go of some of youth's bravado. Maybe it was something we'd both felt all along—even as it was happening—but were too proud to admit. One thing's for certain: the competition between brothers—no matter how fierce or time-honored—stands no chance against the might of the mountain.